(EFE).-
France will play the final of Qatar World Cupthe fourth in its history, the first against Argentinaafter having managed to demolish the Moroccan fort with a goal from Theo Hernandez after 5 minutes and enduring the African bullying until the lace of Randal Kolo-Mouani in 79.

The joy of victory can do everything. Qatar will witness the duel between Leo Messi and Kylian Mbappéthe two stars of psgenemies next Sunday with the third star for each selection as a reward.

There will be no African finalist, as an entire continent dreamed of, nor Arab, in the first world organized in an Arab country. After losing to the world champion, the “Atlas lions”, who have broken many barriers, will have to settle for looking for the podium next Saturday against the runner-up, Croatia.

The victory, which will allow France choose to revalidate the title obtained four years ago, something that nobody has done since the Brazil of the 60s, cannot hide the defensive deficiencies of the champion, put in check by a team that does not stand out for its offensive power. nor that her star, kylian mbappeseems less star for two games.

Theo’s early goal changed the roles distributed a priori, the French defending and Morocco on the offensive, where he had not been seen until now.

The best way to bring down a pillbox is to force it out of its boxes. In 5 minutes, Theo Hernandez achieved what had not been achieved so far by renowned teams such as Belgium, Croatia, Spain or Portugal.

Not many more, because the goal was the first that a rival had achieved in the Moroccan nets since last August Walid Regragui took control of the reins of the selection and the second that fits Bondafter the one who put him, in his own door, Aguerd against Canada.

Like four years ago in Russia, the French solution came from the hand of a defender. then before Belgiumit was samuel umtiti who dressed as a scorer to give France the pass to the final and now it was Theo Hernandez, a player who came with the band as a substitute and who was propelled to start due to the injury of his brother Lucas. Another sign that destiny is written with crooked lines.

Like the goal, born from a defensive mismatch of the most solid defense, a slip of in Jamika bad clearance of hakimian acrobatic shot of The O Y Bond without resources. Everything so far had run perfectly for Morocco it was shot down in an instant in the face of the French push. Confidence, which moves mountains, some will say.

The most difficult thing was already done for the champion. The besieged forced to leave his fort, the perfect plan for Didier Deschamps that he had sliced ​​his brains out to crack the wall and that he found a crack shortly after starting.

Forced to react, the “Atlas lions” embarked on an adventure to bring out the colors of the French defense, highlighted by ounahi in the 11th, saved by cryand in five later by Konate.

A bad omen for the remainder of the game and for the final that is coming against the hosts of Lionel Messi. France is uncomfortable defending, even with the crazy attack of Morocco and that was smelled by the team, which tried to recover the reins of the game, the best way not to suffer overwhelm.

In the stretched, giroud showed that it was not his best night and missed two good chances, in the 37th pass of Tchouamenisomewhat deviated, and three later at the pass of mbappewho surpassed his friend hakimi but the shot takes him out under sticks El-Jamiq.

The Moroccan defender from Valladolid had the equalizer at his feet in minute 44 in a Chilean kick after a corner kick that between Lloris and the post prevented it from ending in a goal.

Spurred on by that hope, the “lions of the Atlas” believed in the feat, in coming back against the champion, now forced to bail out water, the roles reversed, the beleaguered besieged.

Morocco caressed the goal, tried in-Nesyrihis best scoring argument in World Cups, he tried it ounahipast ziyech, and even Hakimi joined the party. But there was nothing to celebrate.

tried to give it verve I returned to his team from the bench, but it was the departure of Marcus Thuram the one that allowed to breathe Francewhich took the game to the other area, the best recipe for not suffering.

griezmann, who for many minutes strove to plug the leaks in her rear, took the helm to straighten the course of the champion, who continued to suffer every time a Moroccan launched the attack. Sweat was running down Deschamps’ forehead as Hamdallah almost stood alone before Lloris.

But calm did not come until in 1979 Kolo Mouani he took advantage of a play by Mbappé, half a shot, half an assist, to overthrow the fortress of Bond.

Not a minute did that, instead of a blurred dembelethe Eintracht Frankfurt forward had entered, the last to join the World Cup adventure due to an injury to Christian Nkunku. Again the crooked lines.

The goal silenced the noisy stands. Morocco She had dreamed of being at the top and will have to settle for having been the African who has gone the furthest, the Arab who held her pride for the longest time in the Arab World Cup.

But it was not enough to prevent the title from being played by two nations that were among the favorites before the tournament even began. Morocco You have already written your story. France and ArgentinaThey will look for yours. Martino drops him from Qatar, Tigres takes advantage and would put 200 M pesos for him 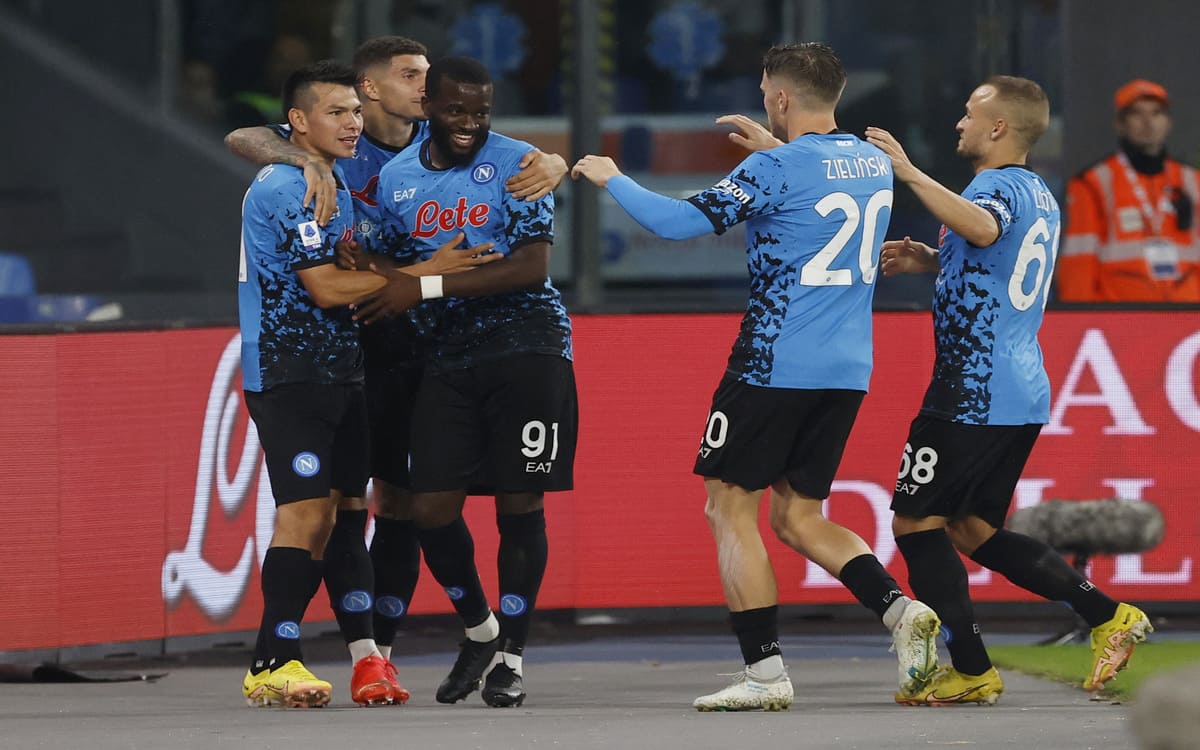 Summary of the match Napoli vs Bologna (3-2). GOALSHalftime 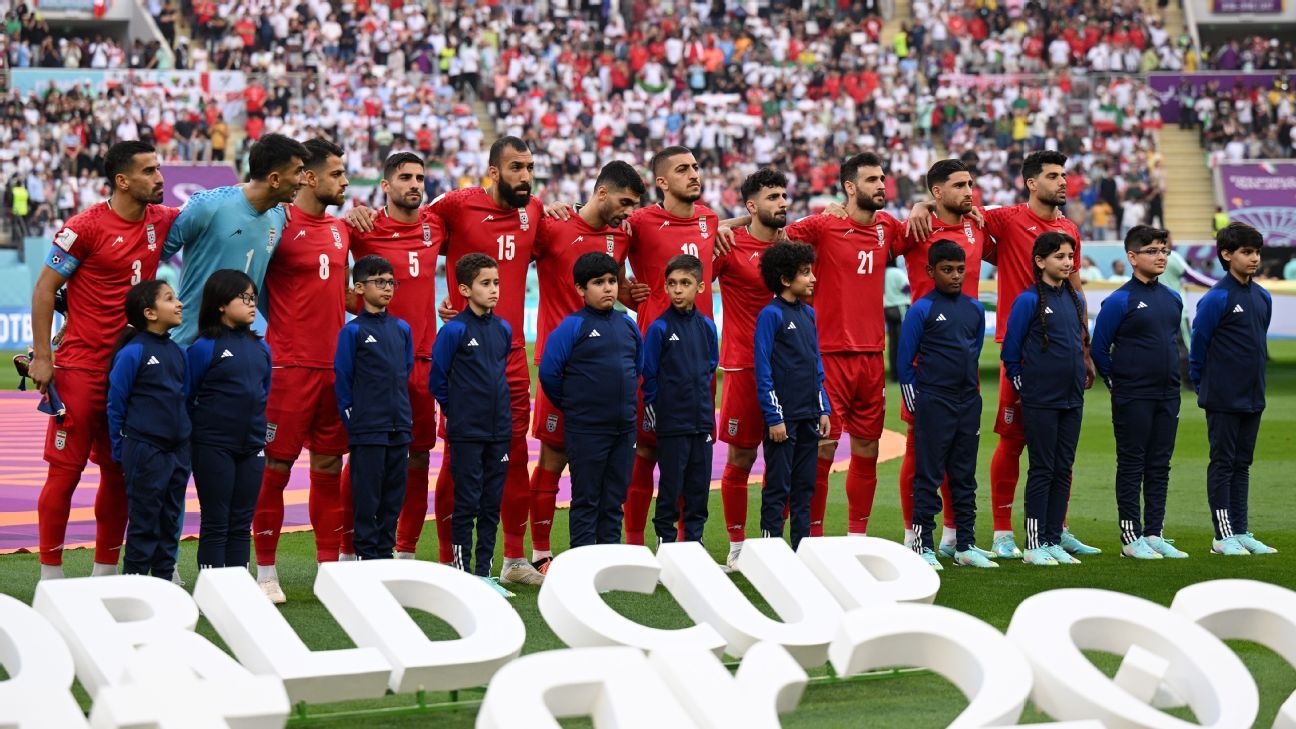 Iranian footballers, in protest, did not sing the anthem