“Today we don’t have sterile material, such as tweezers, scissors…”. It’s almost 10 p.m. on Friday out-of-hospital emergency room in Pavones, in the Madrid neighborhood of Moratalaz, and the doctor on duty, Icíar Valero, admits she is frightened by the possibility of a patient arriving who requires a cure and they do not have the appropriate instruments to do so. “The material is there, but the one who has provided it has not occurred to him that it has to be sterilized (…) and those of us who are going to have a hard time if someone comes, will be us.”

She is one of the professionals transferred from a Rural Assistance Service (SAR) to cover the reopening of the emergency centers after the pandemic and, upon arrival at the new job, he had to spend an hour getting located. Taking a look at the consultations, looking for where each instrument is, meeting the nurse and caretaker with whom he will spend the night… “Today, for example, a defibrillator has arrived,” he tells RTVE.es, although they have not found a machine to sterilization and they don’t think they can fix it before Monday.

The Pavones Continuous Care Point (PAC) belongs to the care area southeast of the Community of Madrid, whose management resigned en bloc this Friday due to the continuous organizational problems in the reopening of out-of-hospital emergencies.

The president of the Community of Madrid, Isabel Diaz Ayusohas responded this Saturday to criticism accusing the left of “boycotting public services” and rejecting claims of “chaos.” The counselor Enrique Ruiz Escudero denied this Friday the “resignations” and spoke of “readjustments”.

He said it shortly after four unions from the Health Sector Board (Satse, CCOO, CSIT-UP and UGT) broke the agreement signed with the Government of Ayuso due to the “chaos” unleashed in recent days: professionals summoned at dawn with shifts and new destinations for the next day, closure of centers that were supposed to be open, transfers to more than 60 kilometers when the working day has already begun…, problems that have persisted in the ninth night of the new model.

“All the centers in my neighborhood are closed”

But the day is calm. The road that borders the Pavones Health Center building until reaching the PAC door is completely dark. Sometimes a nearby road roars and no patient is waiting inside. “East [centro de urgencias] It had been closed for almost three years. And in the week that they announce that it opens, it’s open half the days nothing else. People obviously don’t go here. He does not have it,” Valero reasons about the low influx.

Patients have been falling by the dropper. “Are you going to treat me here?” asks a young woman in the alley, accompanied by a boy, tiredly: “I came here because Everyone in my neighborhood has told me that they are closed. Neither Sales, nor Elipa, nor Quintana”.

According to the data collected by the SAR Platform and those affected by the closure of the Primary Care Emergency Service (SUAP), on Friday night 13 centers closed and 28 lacked staff. Of the latter, in 23 the doctor was absent, so assistance could not be given either. This happened in the health center on Aguacate Street, in Carabanchel, where we approached. The two nurses on duty hung up the “no ER doctor” sign.

Just two hours before her workday began, Lorena wasn’t sure what her job title would be. She had an appointment in Tres Cantos as a doctor, but she knew that the caretaker had been told that she would not be working there tonight. “Well, I actually got to Tres Cantos and they told me that the PAC was going to be closed. I’m on my way to the Buitrago health center!” write in a message. For the journey of more than 60 kilometers, about 50 minutes, the Ministry of Health pays for a round trip Uber. “Only two patients have come because they had been told that there was no doctor today”recounts later.

His story is repeated in two other health centers that we visited during the night. The same thing happened to some of them a few days ago. Others have had this Friday. Aurora, one of the two nurses in Pavones who prefers to use a fictitious name, had just signed a temporary contract at SUMMA to cover sick leave. On Friday night she had to be in the center Federica Montseny, in the district of Puente de Vallecas, but when they got there there was no doctor and the caretaker had a permit for the death of a relative: I was alone.

“The option that I was going to propose to them, if I stayed, was to close the center, because I alone cannot do anything at the health level. And then, for security. If I can’t protect myself, I won’t be able to protect the rest.”, Explain. “One of the managers who had resigned and is still in office (…) has informed me of the possibility of going to another center.” And so he has ended up in Pavones.

Aurora has tanned this week in the labyrinth of the Madrid administration. When she signed the contract, last Friday, no one could tell him what his schedule was. He wrote and called every possible instance, without a response for almost four days. When she finally obtained it, they informed her that she was listed as absent during those days.

“I have been at home, reachable and waiting to be able to get back to work. I have not gone to the Canary Islands to sunbathe, although it seems that I could have done so”, he laments about the journey. SUMMA alleges that everything depended on Primary Care. Primary Care, that the SUMMA never communicated the hiring. She, in any case, still does not have in writing what her conditions are, diets, uniform criteria or access codes to the computer system, although she will fulfill the shift on Friday night, like her colleagues. in Pavones.

Towns without health care in tens of kilometers

In the SAR of Campo Real, about 40 kilometers east of the capital, the team is complete on Friday night. Doctor, nurse and caretaker wear on the front of their gowns and pajamas a label that reads “minimum services” (which are 100%), for the strike backed by five unions, with the support of the SAR Platform and those affected by the closure of the SUAP.

The atmosphere is very happy and they recognize that they enjoy working together. Therefore, they do not understand why the Ministry has decided change their working conditions and open out-of-hospital emergencies at the expense of well-functioning rural services. A few days ago they had to spread out and close the campeño center. “They sent the compañera to Villarejo; to me, to Mejorada; to her, to Rivas”, says Jesús, a caretaker, who spent that night without a doctor in the center. “Is that why they send me there?” he wonders.

That night was the first time that Campo Real and the surrounding towns had been left without medical attention since the SAR was opened. “This is going to end up causing harm to someone. To any patient who believes that he is going to receive care at a point that was open until seven days ago and he is going to find it closed. If it’s a minor emergency, fine. But if there is something serious, Who is going to be responsible for what happens? Because having to travel to a hospital 50 kilometers away is not the same as having a team that can help you and provide first-class care,” defends Lola, a family doctor in the town.

Also Vicky, who feels that they have been “mistreated” and “humiliated” by the regional government, recalls the transfer to Rivas without prior notice: how they found the materials in drawers, how they assembled the electro that had arrived that same day… “A father came with the child with otitis and we couldn’t give him anything, because there was no doctor. He was yelling at us: ‘Are you serious? Are you serious?’” She does not doubt the reason for the sick leave due to anxiety.

The three colleagues take advantage of the time without patients to discuss the cascade of resignations in the Primary Care Directorate and judge that the rush to reopen the ER is due to mere political interests. “It is already being seen that we are already campaigning,” says Jesús, who denies ideological overtones in the protests by doctors and health workers, and remember that it is a traditionally conservative sector. “I came to work here to reconcile with my wife. I decided this”, she adds about the change in her working conditions.

For them, the “disaster” is that it is “impossible” open almost twice as many centers with the same number of workers. “The thing about the loaves and fishes was only done by Jesus on his day,” the caretaker with the same name jokes. Nobody knows what will happen in the next few days, since there are already nine with organizational problems. “We are like dung on the high seas, floating and we don’t know where we are going to end up”.

What is bikini medicine? 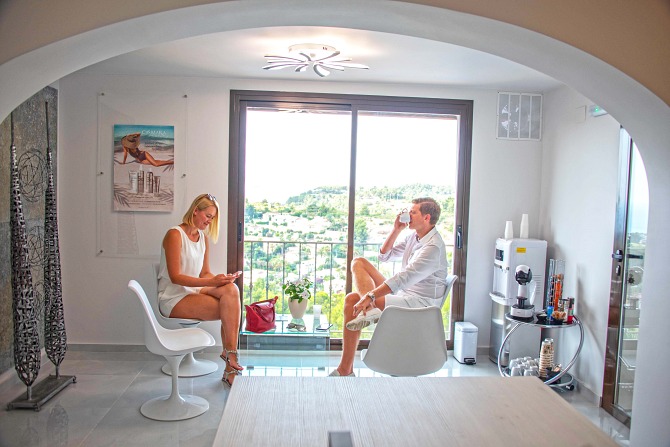 Miramar Clinic in Benissa, discover the most advanced center of Aesthetic Medicine and Physiotherapy in the Marina Alta

Thailand will allow abortion until week 20 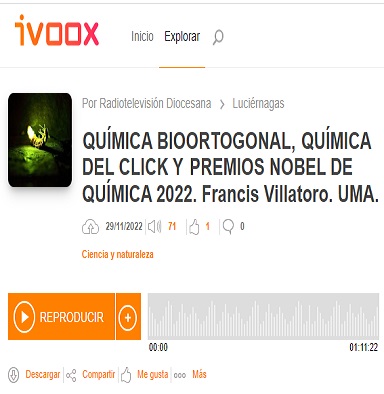 Francis in Fireflies: The 2022 Nobel Prizes in Chemistry and Medicine