The roots of the salsa group La Chiquito Team Band, which celebrates its tenth anniversary this Saturday, are found in neighborhoods of Santo Domingo. Rafael Berroa Jr. (Chiquito Timbal), a native of Haina, and Emmanuel Frías (Manuel Piano), from Villa Juana, grew up in the midst of the essence of the capital’s neighborhood, where popular rhythms such as salsa, bachata, merengue and the urban are an essential part of Dominican daily life.

Chiquito grew up watching his father Rafael Berroa play the kettledrum, at the parties that originated in the family home, where the “Ñoña” grocery store is also located, owned by his grandmother Gregoria Berroa, located at kilometer 12 of the Haina sector. .

In an environment where music, dances and drumbeats to the rhythm of salsa reigned, Chiquito learned to play the drums, adding, moreover, that his parents are salsa dancers and from whom he inherited the skill for dancing.

For Manuel, his childhood was not so intense, but his father was a pianist who played in a group in Villa Juana and he was his inspiration to become an empirical piano professional.

Doña Ñoña, Chiquito’s grandmother, says that her grandson has always played the kettledrum to liven up the atmosphere of the colmado.

“Chiquito always stood behind to see him play, not only his father, he calmly observed everyone who came to play. One day they let them play, the boy began to play and the people were surprised at how well he did, ”says Doña Ñoña to Listín Diario.

Before meeting Chiquito, Manuel played piano for the Jossie Esteban and Bonny Cepeda orchestras. It is in the group of Julián Oro Duro that they meet and, since then, a relationship and a loyal friendship is born. And from there comes the idea of ​​forming a salsa group.


For the debut, which was in a grocery store in Manoguayabo, they staged salsas by legendary performers such as “Timbalero”, from Gran Combo; “Details”, by the orchestra Inmensidad, and “Perico”, by Ismael Rivera, among other popular songs.

“The public knew me in Manoguayabo and the presentation was scheduled for 12:00 midnight, but the owner of the grocery store called us at around 10:00 so that we could go play because there was no room for more people in the place,” he recalls. .

That night, in 2012, the group La Chiquito Team Band was born, because the support and enjoyment of the public was such that Chiquito and Manuel knew that “the invention”, the one they had been planning for years, had just started and was going to work. The name of the group was Manuel’s idea and arose from the combination of Chiquito Timbal.

“We always knew that the group was going to work because we had assumed it with great professionalism on a musical level. I remember that at the end of that presentation, Chiquito told me: tomorrow we are going to record our first song and that’s how we did it”, recalls Manuel.

The first theme was “Cry elsewhere.” Then they record “Volveré”, an adaptation of the ballad by the late Argentine artist Diego Verdaguer. That sauce was the one that made him known at a popular level.

Another of their first successes was “Lejos de ti”, with which they transcended in the United States and Europe.

“That first year was magical, first everything was very fast, everything passed by our eyes and we didn’t realize it because we were focused on work, on doing things well,” Manuel yearns.

Since its release on the market, the group has maintained an essence and a unique sound that characterizes it from other salsa orchestras. And that has been the key to its permanence in people’s taste, that different sound found in the percussion, played by Chiquito and Manuel’s piano chords, they have managed to imprint their stamp on each song, calling themselves “The creators of sound” and “The salsa industry”.

Over the years Manuel and Chiquito have never left aside their essence. In Haina, above the Ñoña grocery store, they have their recording studio, where they are currently collecting those first recordings so as not to lose their roots.

The Ñoña grocery store continues to be a meeting point to play the kettledrum, dance with his mother Bárbara, a revelry in which his father Rafael, the whole family and residents of the place join in.

“The Chiquito Team Band was born here, if we leave here the magic is lost. Our successes are born here, this is the house where I was born and grew up with my grandmother, with whom I slept until I was 20 years old”, says Chiquito with affection.

Rafael is also like a son to Mrs. Ñoña, whose seriousness and respect for her family she values.

Over the years the group has had several singers and their departure has not affected them because the essence of the group is Emmanuel and Chiquito. “Emmanuel and I are the soul of La Chiquito Team Band.”

His themes. The Chiquito Team Band has popularized salsas such as: “Lupita”, “Lejos de Ti”, “Punto y Aparte”, “Call from My Ex”, “I have to hang up”, “I’m already over me”, among many others. The most recent is titled “If you want.”

Key code. Sincerity and honesty are key in his brotherhood. They share all the money they generate. Even if one of them works, the other receives the same.

This Saturday, October 22, the group goes up, for the first time, to celebrate its tenth anniversary, to the La Fiesta Theater of the Jaragua hotel, in an event of the Alberto Cruz Management company and the artistic production of René Brea.

“When we made that first presentation, on June 30, 2012, we never imagined that ten years later we would go up to celebrate that anniversary at the Jaragua hotel. We do not dream of that, we have only concentrated on the work and that is the result of our efforts to try to do our music well”, explains Chiquito.

For Manuel the key to success has been work, the effort to reach perfection. “We are very careful about the details in the music.”

“We are very excited about the celebration of this tenth anniversary, in which we will meet again with the public and special guests who from the beginning have given their constant support to each of our productions,” said Rafael Berroa, who promises a salsa download in stage at the highest level to the rhythm of his famous kettledrum.

Alberto Cruz Management, assured on Monday night, during a press meeting, that this show will mark a before and after in salsa concerts in the Dominican Republic and this festivity of the “Industria Salsera”, includes a staging at the height of those who maintain a distinctive stamp in music and have been an important reference in the genre.

The orchestra that since 2012 has imposed its unique style, have been deserving five times in a row at Sovereign Awards, winning in 2014 as Revelation Orchestra of the Year, when they made their first production “La Industria Salsera”, and later awarded as ” Salsero of the year”, respectively.

Internationally, they enjoy great popularity, achieving two nominations for Billboard Awards in 2017 and 2018 as “Tropical Artist”; Latin Grammy, Conga Awards, Q Awards, in addition to exhibiting his work on important international stages, such as Madison Square Garden in 2016, Benito Juárez Auditorium in Mexico. In addition, they have certifications from the RIIA with several gold and double multi-platinum records. 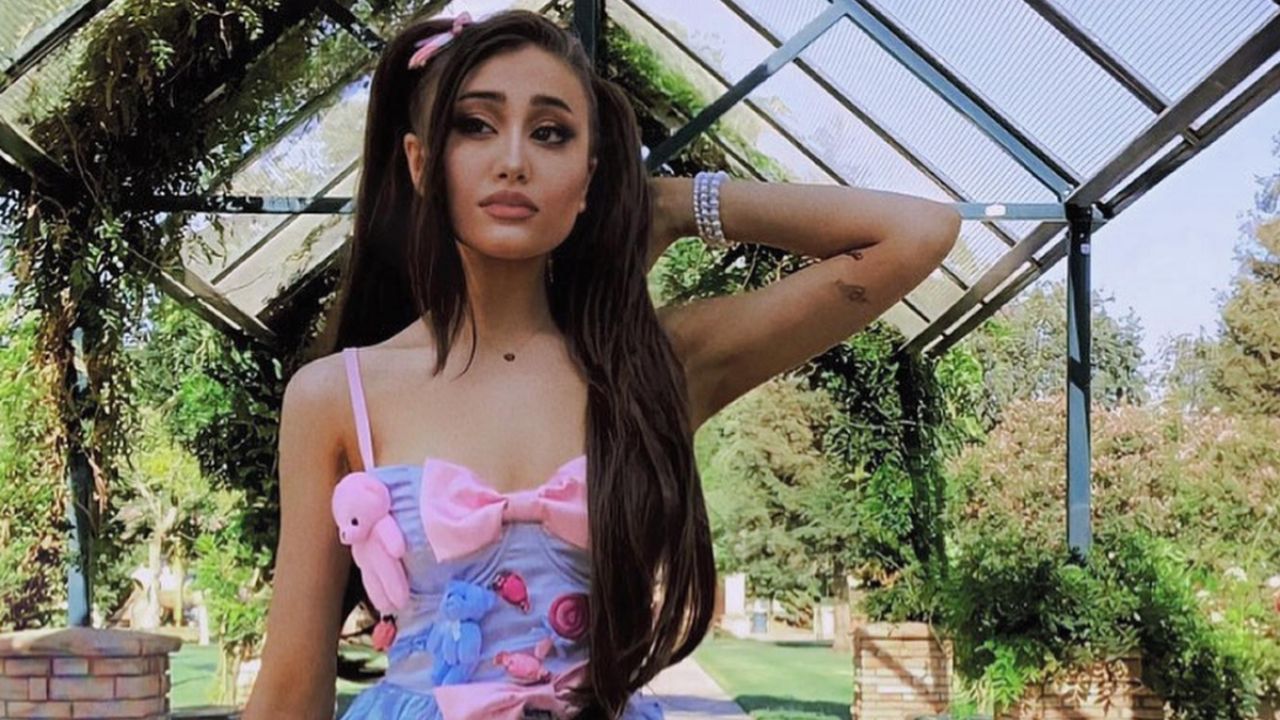 Ariana Grande: She is her “double” who takes advantage of her resemblance and succeeds in OnlyFans