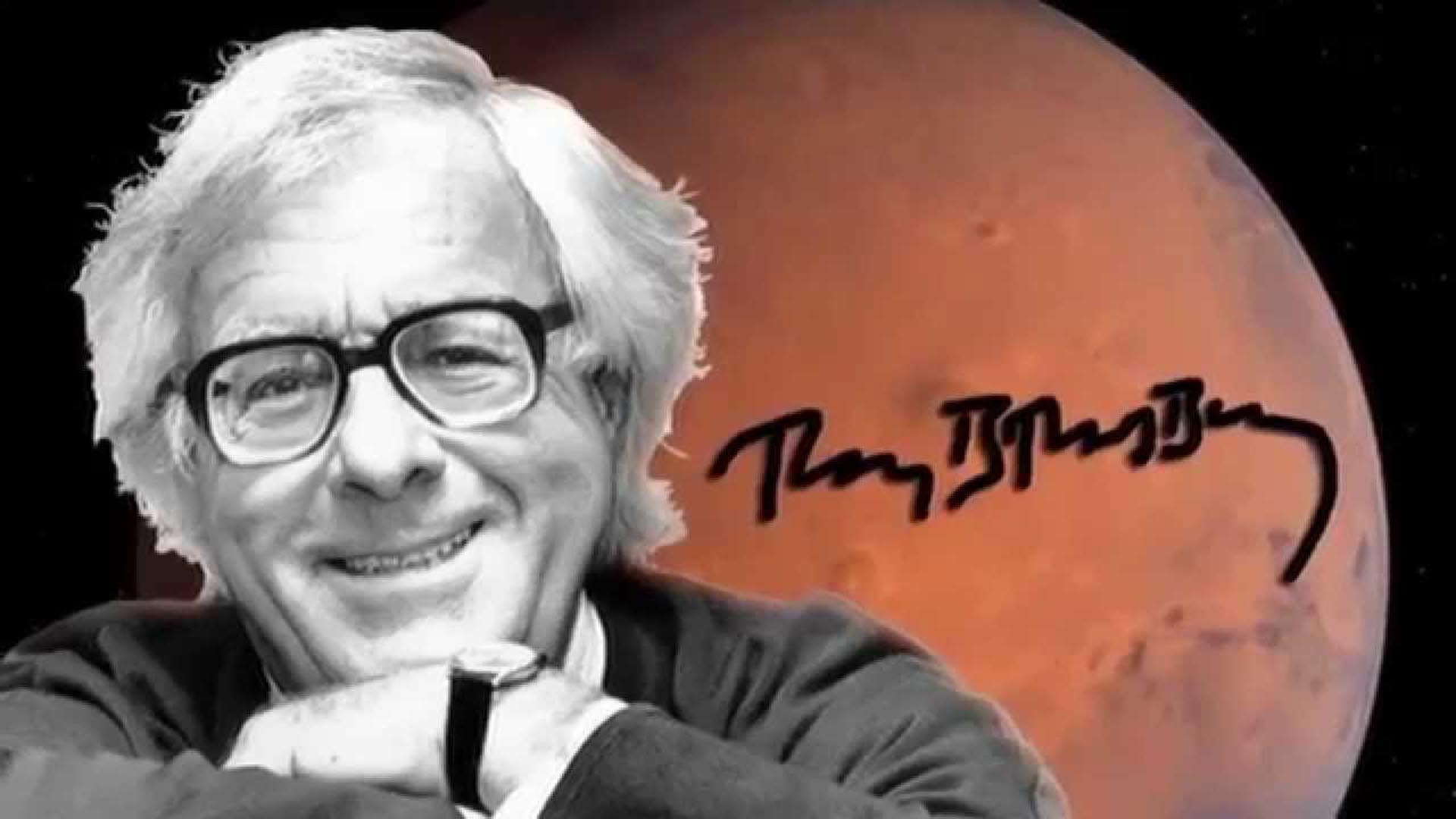 As is well known, one of Ray Bradbury’s best-known novels entitled Fahrenheit 451 deals with a society of the future where books will be prohibited and firefighters -the curators of knowledge- are in charge of the criminal mission of burning all the works within their reach, that is, countercultural bestiality taken to the extreme .

The novel in question recounts what happened to a repentant firefighter who joins the resistance forces, but in the real world it is thought that only in the Nazi and communist regimes of the past have these aberrant acts of the most brutal censorship occurred. . It is not like this, Not only in today’s totalitarian regimes does the action of the thought police take place with more or less self-confidence, but in places that call themselves part of the free world, episodes are carried out in very different ways of covert and not so covert censorship via restrictions to freedom of the press.

But in this journalistic note I would like to stay in the central axis of the plot that Bradbury presents us: firefighters who set fires. That is precisely what happens when governments take over whose mission is to guarantee and protect the rights of the governed, but here we are who violate them, run over them, sweep them away even though they try to disguise the measures with various cosmetics to deceive the unwary. But fake firefighters who actually set fires, what a macabre paradox.

As has been said over and over again, the forecasters who have been most successful with the events of the future are the Jules Verne of before and now. Aldous Huxley in his memorable brave new world revisited It constitutes another outstanding case where the author reexamines his original work of 1932 and corrects some key concepts and publishes in 1958 this new version that is extraordinary except for his concern about the excess of planetary population with which he opens his book.

I stop for a minute on this initial aspect to then dive into other of its very fertile sides indeed. Malthus had already delved into and warned about the issue of so-called overpopulation, which was updated by the Club of Rome. Both wrong positions are refuted by the experience of immense vegetative growth and simultaneously remarkable improvements in the standard of living, which is best illustrated by Thomas Sowell. This last author invites us to consider a very illustrative exercise that he carried out in the 1970s: take the entire population of the world and divide it by four to approach a typical family and place it in the imagination in the state of Texas, which resulted in 650 square meters per family which is the equivalent of the living space of a typical family in the United States. He also shows that Somalia and the United States have the same population density, as do Calcutta and Manhattan. Sowell performs this gymnastics to show that the problem is not one of overpopulation but of institutional frameworks that in some cases lead to poverty and in others to prosperity. We add aside that the general characteristics of the population statistics show a fall in growth with what appears an aging with the consequent acute problems that expose even more the trap of antisocial insecurity systems based on procedures that you don’t need to be an actuary to discover the trap and the need to abandon the broken pay-as-you-go systems to lean on the capitalization ones.

But let us leave these disquisitions regarding population scaffolding to go to Huxley’s reflections in line with Bradbury’s plot. First, the fear that translates into the advice of “adjusting to others” which destroys the individuality that is the most precious and characteristic of the human being. Instead of stimulating what is different, what is creative, what is different crushes the human being by insisting that leveling is constructive, repeating like parrots that uniformity and equalization is the goal with which the human becomes animalism. Huxley writes that “when the ends are subordinated to the means, Hitler and Stalin appear” and concludes in this section that one must be very alert and wary of social engineers who seek to impose their schemes from power.

This thinker maintains that crowds are dangerous as “they are chaotic since they have no purposes of their own and are incapable of anything except intelligent action and realistic thinking. Gathered in assemblies, people lose their ability to reason from moral choice. They are easily suggested to a point where they put aside personal judgments and free will. They are sensitive to propaganda, empty slogans and oversimplifications. That is why he highlights the decisive importance of reading, which is a private and not a collective task that requires silence and concentration.

This is the situation that allows demagogues to emerge, that is, “moral imbecility” that turns subjects into things that must be manipulated at their own expense. The songs, the marches and the shouts suffocate any indication of reasonableness.

All of us, says Huxley, say that “we want peace and freedom but very few of us show enthusiasm for the thoughts, feelings and actions that lead to peace and freedom. It is also said that war and tyranny are rejected, but there are many who rejoice in the ideas, feelings and actions that lead to war and tyranny. The biggest nonsense that would embarrass anyone who wrote or said it can be sung and chanted” in vociferous groups since “government itself stands in inverse relation to numbers” in which context “the great issues of the day must be dealt with at the earliest.” in five minutes” as “the method to sell political candidates as if they were deodorants”.

And then comes the climax of the book with indoctrination instead of education and ultimately the invention of chemicals to make people docile. In this sense the Big Brother Orwell’s -Eric Blair because the Orwellian was a pseudonym- shows the horror of the totalitarian boot but Huxley’s plot goes further and suggests the help of chemicals that will give the feeling of happiness as a cover to impose the whims of the state apparatus. In other words, although the Orwellian picture of the abuses of political power is horrendous, what Huxley suggests is much worse because it is the people who would ask to be enslaved not only via chemicals but through the unscrupulous and reckless use of technological tools for the control and the emptying of all human traces.

To put Huxley aside, I cannot resist the temptation to reiterate once again one of the vital conclusions of this leading thinker. Write on Ends and Means that “To a greater or lesser extent, then, all civilized communities in the modern world are made up of a small group of rulers corrupted by too much power and a large number of the ruled corrupted by too much passive and irresponsible obedience.”

So the issue lies in strengthening education that refers to the transmission of the central value of reciprocal respect and at the political level we must open debates to the effect of introducing new limits to power because what has been happening is that subjugation of freedoms is naturalized, leading to the worst results, especially for the most vulnerable. We have to rethink the safeguards of the system in order not to be drowned in rough seas that will not give us respite unless we find the lifeboats.

It is very pertinent to refer to four opinions from very different times to illustrate the issue of the abuse of power in the context of the falsification of democracy. First of all, in ancient times, the tribune Cicero: “The rule of the multitude is no less tyrannical than that of a single man, and this tyranny is all the more cruel since there is no monster more terrible than that beast that takes the form and name of village”. Secondly, the father of the United States Constitution, James Madison, who differentiates a faction from a political party: “By a faction I understand a number of citizens, whether majority not minority, who are guided by impulse, passion or common interests in the direction to the infringement of the rights of other citizens”. Thirdly, the nineteenth-century Herbert Spencer: “The great political superstition of the past was the divine right of kings. The great political superstition of the present is the divine right of parliaments”, and finally the contemporary Bertrand de Jouvenel: “To proclaim the sovereignty of each one over himself it is necessary that each member of society has his own domain wherever he is. his own lord […] The sovereignty of the people is, therefore, nothing more than a fiction and it is a fiction that in the long run can only be destructive of individual liberties.”

Firefighters who set fires should not be tolerated, otherwise we end up as Algernon Sidney – the forerunner of John Locke – predicted “a few have crowns on their heads while all the rest have mounts on their backs”.

I have previously pointed out that Leonard E. Read underlined his admiration for the Founding Fathers in the United States but wrote that they were wrong to resort to an expression that came from a long time ago and is “government” since it means to command and direct and concluded that each one must doing that with his person, “the opposite is the same mistake as calling the guardian of a company the general manager.” Indeed, “government” derives from the Latin verb “gubernare” which is “to control” that refers to the noun “mens” that ultimately applies to the control of the mind. Based on that, one of my books bears the title Towards self-government published in Buenos Aires, by EMECÉ in 1993 with a foreword by the Nobel Prize winner in economics, James M. Buchanan. In reality, to be precise, the monopoly of force should be called the Security Agency, the Justice Agency or equivalent, precisely two responsibilities that are largely avoided to address other activities that are inappropriate for a republican system.. Without a doubt, much more important than the semantic issue is the deformed and oversized dimension of the state apparatus, whatever name it adopts.

I close this text with an autobiographical reference that refers to five thoughts that are decisive for me to calibrate a good life and to defend oneself from the false firefighters who try to set fires. The first is from William Faulkner: “You should never be satisfied with what you do. It’s never as good as it could be. You always have to dream and aim higher than what is possible. There is no need to simply worry about being better than contemporaries or predecessors. You have to try to be better than yourself.” Second Kim Bassinger to eliminate arrogance: “If you want to make God laugh, tell him your plans”, which is linked to the reflection of Viktor Frankl that may appear as opposed but that well looked at is complementary to feed projects without mental closures and consequent dogmatism: “Don’t let what is overtake what should be.” Fourth, Rosa Montero as an epitaph project: “He was never satisfied with what he knew.” And finally, a self-definition that reminds me of a film production in which Jack Nicholson was the protagonist who played a psychologist who brought a group together and asked each one to define themselves. When he spoke the first he began to recite his resume to which Nicholson interrupts to clarify that he did not ask to know what each one does but who he is, which is a very fertile exercise. In this plot line, Inés Berton conveyed a self-definition with which I feel identified: “I am a sponge-person since I absorb a lot and intend to deliver a lot”.

How smart are the intelligence services?
I was left with the desire: a footnote