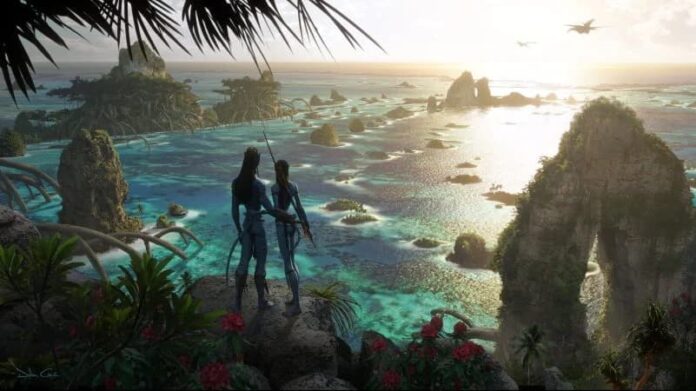 Empire Magazine followed up on the revelation of Kate Winsletfeaturing the subscriber cover of their latest issue along with a new photo of Avatar: the way of water from James Cameron, the highly anticipated sequel to the blockbuster Avatar. Well with the new issue the well-known site has unveiled the first images of the new character played by Sigourney Weaver!

When it was first announced that the star icon of Alien would be returning for this sequel, fans quickly assumed that she could play the late Grace Augustine via a flashback, or that the good doctor’s conscience would somehow be resurrected in a new body. Well, apparently, Weaver is actually playing the adopted daughter of Jake and Neytiri, Kiri! It was the star herself who revealed to Empire that they were drafted to play a much younger character:

“I think we all remember how we felt as teenagers. I immediately said certo that I do. I remember when I was 11. I strongly felt that Kiri would feel uncomfortable most of the time. She is trying to understand who she is. I was thrilled to receive that challenge from Jim ”. Get your first look at Kiri on the latest cover reserved for Empire subscribers and a new image below.

“I think we all pretty much remember what we were feeling as adolescents,” Weaver tells Empire. “I felt strongly that Kiri would feel awkward a lot of the time. She’s searching for who she is. I was thrilled to be given that challenge by Jim. ” #Avatarhttps://t.co/G3B1ZPZ0MV

Avatar: the way of water takes place in and around the ocean. Sully (Sam Worthington) and Neytiri (Zoe Saldana) they have children. “Wherever we go,” says Sully, “I know one thing, this family is our stronghold.” The sequel looks even more stunning in its deep blue graphics than the 2009 film. All-new creatures: We see the Na’vi about flying fish, birds, creatures communicating with a whale, yet somehow divided despite their affinity for the nature: alien people are divided, they fight against each other in a fight between guns and arrows. It’s truly a whole new world that raises the stakes of the previous 3-time Oscar-winning film.

The cast of the film series consists of Kate Winslet, Edie Falco, Michelle Yeoh, Vin Diesel, together with a group of actors who play the new generations of Na’vi. The protagonists of the first film will also return to the films, that is Sam Worthington, Zoe Saldana, Stephen Lang, Sigourney Weaver, Joel David Moore, Dileep Rao And Matt Gerald.