Already after the release of the first images of Christian Bale as Gorr, the butcher of the Gods, you would realize, if you have read the ‘Thor’ comics, that his appearance is very changed from that of the vignettes, basically he has a nose, and it’s not because of a special effects budget. ‘Thor: Love and Thunder’ hits theaters this July 8 and brings us a version of the character that maintains the gray tone of his skin and his extraterrestrial origin, but has more human features, according to Taika Waititi, director of the film , the intention was to avoid comparisons with another very bad bad: the Voldemort of ‘Harry Potter’. 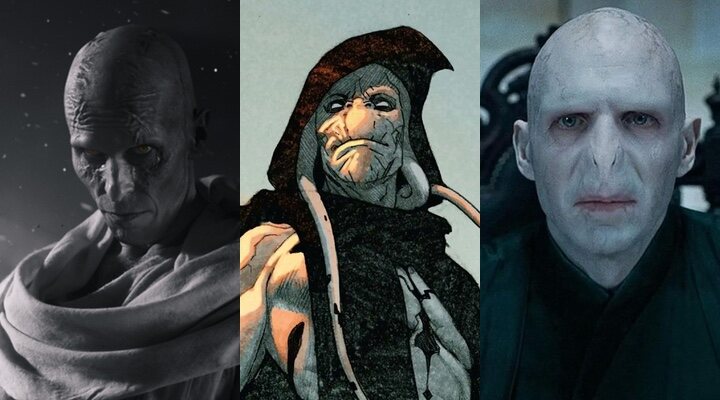 He has explained it in an interview with IGN that the medium has published on Twitter, a video in which the filmmaker explains that “His face in the comics, unfortunately, bears a certain resemblance to Voldemort. So I thought people would automatically make that connection, so we decided to move away from that design, while keeping elements of the tone and the fact that he has a sword. But really his story was the most important thing for us.”

Taika Waititi wanted to avoid people comparing #hat to Voldemort, so they decided to change Gorr’s design in the movie. #ThorLoveAndThunder pic.twitter.com/sepAnGyiww

“Taika Waititi wanted to prevent people from comparing Gorr to Voldemort, so he decided to change the design in the film.”

But this is not the only change that the character has undergone, and it is that he will not have the same complexion either. When ComicBook spoke with Bale, the actor explained to the media that before shooting the fourth installment of ‘Thor’ he came from a movie where it was necessary that he not be muscular and there were very few days between the end of one shoot and the start of the other: “In the comics, physically, Gorr looks tough and I was like, ‘You know what? That’s not going to be possible in my state. We literally have 3 days between finishing a movie and going to Australia to quarantine and everything. that.” I like to have a lot more time between them, but the pandemic meant things turned out that way.” ‘Thor: Love and Thunder’ hits theaters on July 8 and along with Bale, Chris Hemsworth, Tessa Thompson, Natalie Portman, Chris Pratt, Jaimie Alexander, Pom Klementieff, Dave Bautista, Karen Gillan, Sean Gunn, Jeff Goldblum and Vin Diesel complete the cast.