CASTELLO. Gossips say that urban planning students visit Castelló de la Plana to learn what not to do. That the city guarded for so long the last roundabout in the “world” to turn upside down colored its history forever. But in addition, there are several constructions that made it a “chaotic” city and, over time, “neglected” in the eyes of those who visited it. However, is this so? A group of Valencian creators and architects met this Saturday at the Espai d’Art Contemporani in Castelló to dismantle “the bad image” that the city has. Since, although part of this legend is true, there is much more to say about its landscape and architecture.

“Visiting Castelló helped me to believe that it is not a city where nothing happens. It just takes a lot of research to find out. The problem is that since there is no faculty of architecture in the province, there are many buildings that remain to be catalogued,” he explains. Maria Aucejo Molla, who has spent almost half a year examining the capital of La Plana. The architect, author of other works focused on the urban planning of Valencia (such as Late to the Party), received the proposal, by the EACC, to investigate Castelló in order to publicize its unknown buildings. An investigation that has allowed, on the one hand, to value the landscape itself, and on the other, to reflect on how architecture and territory feed back into the collective imaginary of a community.

“There are many places to highlight. In Grau, in particular, there are several interesting buildings. This area has surprised me a lot. They are buildings with a very 70s and 80s aesthetic, which although we are used to seeing on the coast, they are nice Also, we must claim the quality of life and the potential that the town has, “says Aucejo.

But the architect has not been alone in this adventure. It was, in effect, the same professional who challenged other artists to generate their own view of Castelló. “It’s the particular views on the same territory that help us explain it and love it,” she says herself. In her ‘walk’ through the buildings and locations of La Plana, Aucejo has thus been accompanied by the film director Chema Garcia Ibarra, the photographers Manuela Lorente and Erika Achec and the designer and teacher Pau Ortiz.

A mockumentary (and other stories)

And what have these creators wanted to show us? In his case, the Alicante filmmaker Chema García Ibarra has made, together with the artistic director Eleanor Diaz, a short film as a ‘false documentary’ where the architecture of the Grau is the protagonist. Inspired by Matches in the third phase (1997) of Steve Spielberg, the film takes this part of the city to show its potential in a quite comical way. Furthermore, the author of holy spirit It has had several neighbors of the town, who have helped to present some of its corners. All in all, the projection has taken place in the Planetari itself, one of those constructions that one does not expect to find in the city.

For their part, Lorente and Achec have shown the audience a series of photographs taken in residential areas of Castelló. But his is not a document totally faithful to reality either. The creators have applied a layer of fiction to the images, creating an archive with bizarre stories.

Finally, Pau Orts has offered a speculative design workshop around the Mundo Ilusión SL project. The Castelló theme park that never arrived and for which they had planned 150 million euros. Likewise, the graphic designer has taken advantage of the session to investigate other megalomaniac projects that have flown over the province. 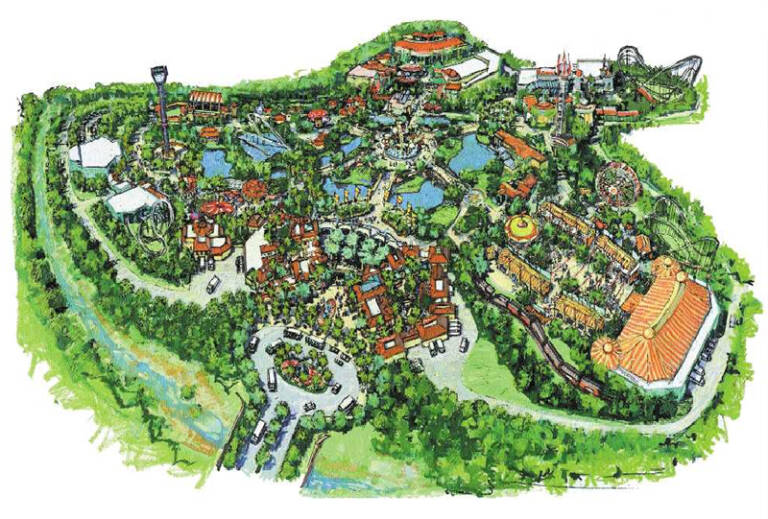 “Each one has taken a different look at Castelló, but the background has always been the same: its architecture”, concludes Maria Aucejo, who already anticipates that there will be a second part of these meetings, for which it is hoped that in the last place a book that condenses all the documentation generated.