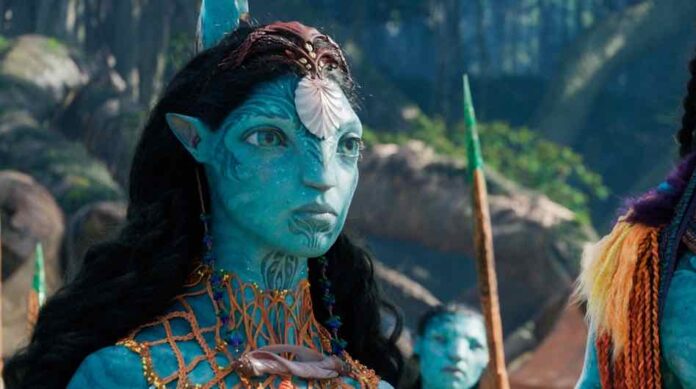 Empire has released a special preview of the July cover story, available from the 7th of the month and dedicated to Avatar: the way of water. The exclusive reveals a new first image of the character of Kate Winslet, the Na’vi Ronal. Winslet was also able to confirm details about the character, who is one of the leaders of the oceanic Metkayina tribe of Na’vi. The actress describes her character as a “deeply loyal and fearless leader”, a warrior.

“He is deeply loyal and a fearless leader. She is strong. A warrior. Even in the face of grave danger and with an unborn child on board, she joins her people and fights for what is most dear to her. Her family and their home. “

Avatar: the way of water takes place in and around the ocean. Sully (Sam Worthington) and Neytiri (Zoe Saldana) they have children. “Wherever we go,” says Sully, “I know one thing, this family is our stronghold.” The sequel looks even more stunning in its deep blue graphics than the 2009 film. All-new creatures: We see the Na’vi about flying fish, birds, creatures communicating with a whale, yet somehow divided despite their affinity for the nature: alien people are divided, they fight against each other in a fight between guns and arrows. It truly is a whole new world that raises the stakes of the previous 3-time Oscar-winning film.

The cast of the film series consists of Kate Winslet, Edie Falco, Michelle Yeoh, Vin Diesel, together with a group of actors who play the new generations of Na’vi. The protagonists of the first film will also return to the films, that is Sam Worthington, Zoe Saldana, Stephen Lang, Sigourney Weaver, Joel David Moore, Dileep Rao And Matt Gerald.