“I am 10 years old” is about to enter its final week and the top 3 classifieds are already known, who managed to emerge victorious at the gala last Thursday, June 23. On this occasion, the chosen ones were the imitators of Rauw Alejandro, Billie Eilish and Joe Arroyo.

During the gala on Thursday, June 23, there were five participants who appeared on the stage of the Acoustic Shell of the Campo de Marte, Jesús María. Three qualified for the final week and another three were sentenced and will have to fight for their permanence.

LOOK: “I am 10 years old” moves from the stage and now its live shows will be in Jesús María

The Rauw Alejandro impersonator showed off his talent and got everyone dancing with his interpretation of “2/Catorce”; Billie Eilish, for her part, conquered with “All the good girls go to hell”, while Joe Arroyo demonstrated her growth to the rhythm of “I owe everything to my God”.

For their part, the imitators of Anna Carina and Ana Gabriel had outstanding comments from the jury; however, it was not enough to avoid being sentenced. Now her participation in the final week will depend on her next show.

As is known, the program “Yo Soy 10 años” will come to an end in the last week of June, leaving its place for the singing reality show “La Voz Perú”. Currently, the jury for “Yo Soy” is made up of Jorge Henderson, Katia Palma, Maricarmen Marín and Ricardo Morán. 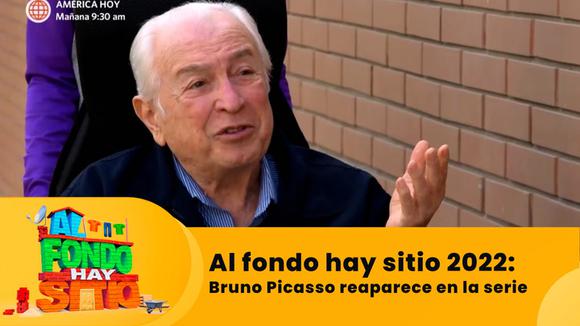