Although the “Nintendo Selects” label is not linked to Nintendo Switch, many do not forget the importance it had until a few years ago. In fact, this achievement accompanies the company’s most reputable titles since nineteen ninety six, the year in which the “Player’s Choice” was kicked off. With that nickname, the Grand Prize awarded titles that exceed one million copies soldlaunching editions for less than the original amount which also had a badge on the box.

Since its debut in the late 1990s, most Nintendo systems have enjoyed this label. However, there are two exceptions that also have a point in common: they are the two most successful consoles in their field of the company. On the one hand, Nintendo DS, the successor to Game Boy Advance that never had these editions; on the other, Nintendo Switch, a system that, until now, has not received the Nintendo Selects editions.

Thus, the successful laptop and the company’s best-selling desktop console are, for the moment, the only systems of the Japanese firm that have not enjoyed these editions. And, given the impossibility of Nintendo DS leaving that list, many users trust that Switch will do so sooner rather than later. At the end of the day, the main advantage of Nintendo Selects was acquire your favorite titles with more than 50% discount. 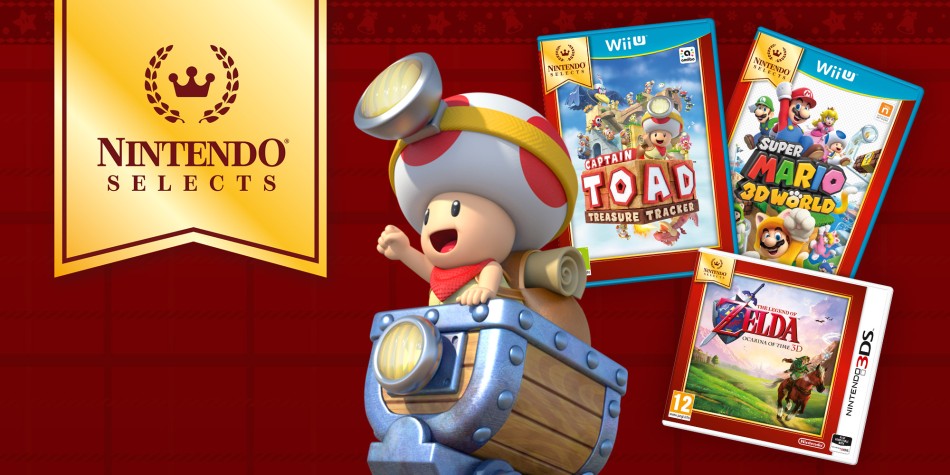 A maneuver that would further increase the purchase of games

Right now, few consoles can boast the numbers of the Nintendo Switch. Thanks to the latest data collected, we have been able to know that the hybrid is the Nintendo system that has sold the most games in history. In fact, the success of the system is such that, in its historical journey, it has managed to sell more consoles than Wii U games have been distributed. And all this, as we have seen during the last five years, without the Nintendo Selects, the section of star titles that made them available to players at a reduced price.

From a business point of view, the absence of these in the system is logical. Without them, Nintendo is breaking records and getting the best numbers in its history. And the Selects brand, or Player’s Choice before it, recognized the games that surpassed the million copies. If this decision were made with Switch as well, games like Kirby and the Forgotten Landto give an example, would have achieved that milestone in less than 24 hours. And, like this, another dozen examples that we could name to strengthen an idea: Nintendo would have to change its criteria.

However, this success achieved would be even greater if the Big N will re-launch its reduced price line. If you are breaking records with your own games at launch prices — regardless of the time that passes — it is easy to imagine the devastating figures you would reap if, for example, you put on the market proposals such as breath of the wild, super mario odyssey either Mario Kart 8 Deluxe, ideas already amortized, for €19.99. Impressive just thinking about it.

A future with Nintendo Selects on Switch?

As a general rule, Nintendo Selects (and Player’s Choice) before these they reached half of the life of the system. Thus, when it already had a significant run in the market, the Big N decided to reward the most successful games and put a distinctive label. This, in addition to the price change, entailed the launch of editions with new finishes (silver, gold, red edges, etc.). And, along with this, the recognition of have exceeded one million copies sold.

Today, with a mass industry with more and more users, this “milestone” is becoming easier to achieve. Figures such as those harvested by proposals such as Pikmin, The Legend of Zelda: Twilight Princess either Super Mario Galaxyonce very prestigious and recognized, today they are achieved in just a few days. Therefore, if the Nintendo Selects reached the Switch catalog, it is most likely that their main value would be the reduced price. The merit of great sales, unfortunately, has been distorted over time.

Despite this, it would be absurd not to recognize Nintendo figures. Without the Selects line, the hybrid is breaking record after record and, barring any surprises, is going straight to becoming one of the 3 best-selling consoles in history. At the moment, with more than 107 million units, it is just over 11 million Game Boy and Game Boy Color, the systems that close the podium. And, as we already said, imagine those figures if they had the Nintendo Selects. If it happened, it would be a scandal.

And you, do you think Nintendo should bet on bringing the Selects line back to Switch? Would you buy the company’s best-selling games for a reduced price? We read you in the comments.