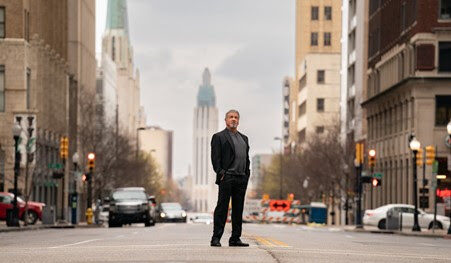 Paramount+ brings us a big surprise, because it has just announced that the series tulsa king will have the leading role of nothing more and nothing less, Sylvester Stallone, having as executive producers Taylor Sheridan and Terrance Winter.

It may interest you: Jurassic World is ready to dominate movie theaters

Right now they are recording in oklahoma city and is produced by Entertainment Studios and 101 Studios.

In the tape they tell us the story of the mafia boss of New York, Dwight “The General” Manfredi, after being released from prison where he spent 25 years and his boss sends him to Tusla, Okla.

The series will be produced by Sheridan, Winter, Stallone, David C. Glasser, Ron Burkle, Bob Yari, David Hutkin, and Allen Coulter. Braden Aftergood he will also be an executive producer.

Thus adding one more production to the list of Sheridan in Paramount+which includes others like 1883, Mayor of Kingstown and the next Lioness series, 1883: The Bass Reeves Story, Land Man and 1932 (WT).

The premiere will be in November with only two episodes and later each week a new one will be released.