Have you ever wondered why the dr simi Does it have more branding than another pharmacy? Hard to believe, much has to do with his strategy based on the use of botargas and NOW, stuffed animals; arrives Dr Simi Strange.

The beginning of the botargas

Character dr simi -an elderly doctor who began to be reproduced in botargas and other distinctive elements of the company- soon became the main distinctive of the brand along with its slogan Same but cheaper. González Torres himself decided to adopt the nickname of the nickname character when he tried to obtain a candidacy for the 2006 presidential elections.

Currently, Similar pharmacies It has a presence in Mexico and Chile through some 6,000 established branches and franchises.

The best branding? Pharmaceutical does it again, “Dr. Sim Strange”

According to informabtl, before the brands used to put a guy to execute a sampling strategy in a crowded place or to a botarguero in a traffic light that moved gracefully to attract the attention of passers-by. Now the marketers, although they do not stop sampling or placing botargas, but this is already anchored to a comprehensive strategy.

Without wishing to contradict the industry leaders who consider that the use of botargas to captivate the audience can be considered part of a below the line old man, by not promoting memorable experiences for people, we do take it for granted that sometimes the important thing is not the motley but what can be done with it in a brand event, in a promotion, in an activation or at the point of sale through a show with botargueros that can later be amplified in other communication media.

Nevertheless, dr simi it has gone a step further and has gone from the botargas to the pocket-sized material objects to take home. A mini furry botarga, which depending on the occasion, adorns thousands of Mexican homes.

This time, a FANATIC OF DR SIMI’S NUÑECOS, paid homage to him using the MARVEL movie “Dr. Strange”. 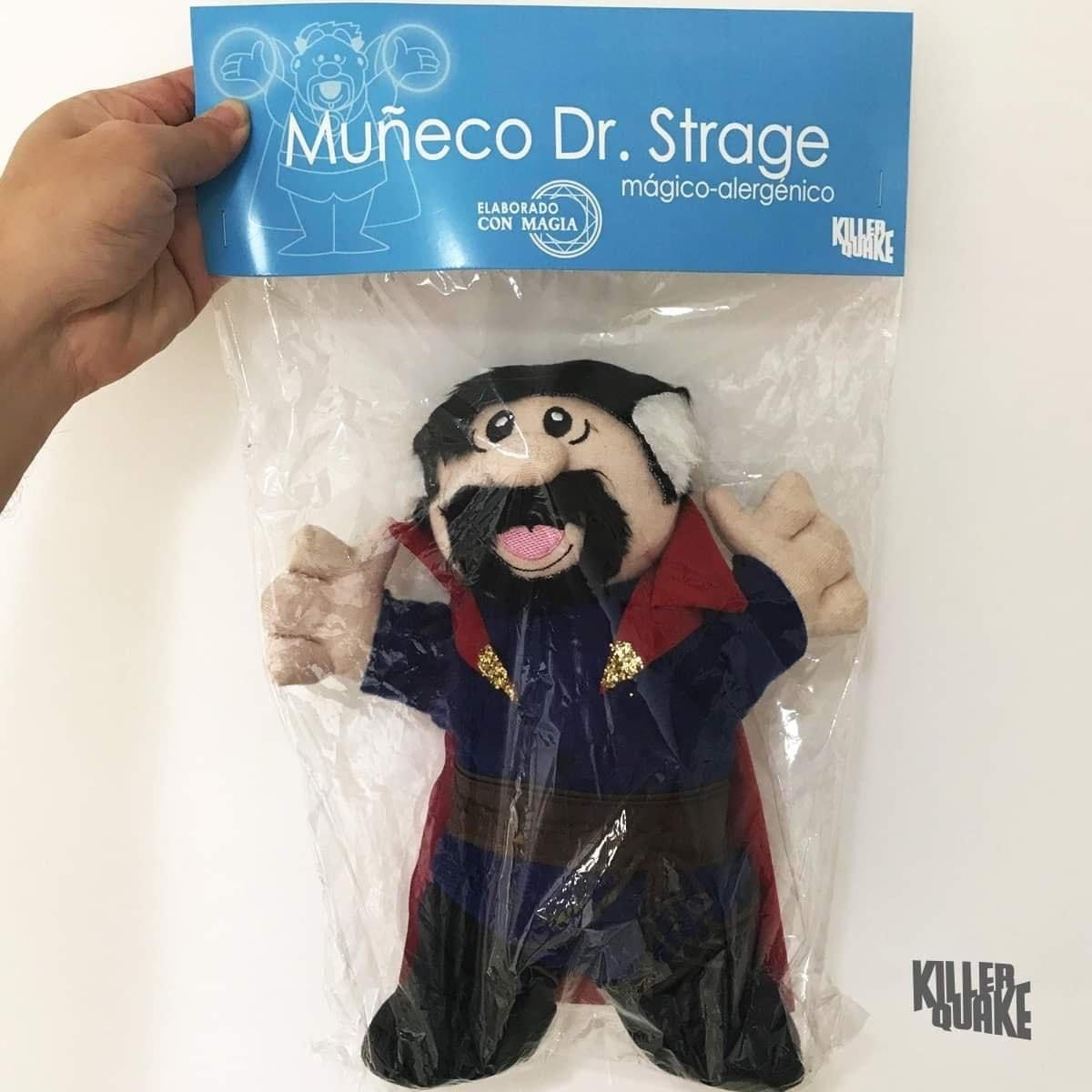 The growth that has Similar pharmacies in the last five years, it has allowed the company to concentrate 39% of the sector’s participation.

Dr. Simi’s first pharmacy opened its doors in 1997. The business belongs to Víctor González Torres, a pharmaceutical entrepreneur and former independent presidential candidate in 2006 for the Grupo Por Un País Mejor, which is made up of both Similar Pharmacies, Clinical Analysis of Dr. SimiBest Laboratories and Similar Pharmaceutical Transport.

In two decades, Farmacias Similares has given medical care to 300 million people and 6 million monthly queries in the adjacent clinics, which becomes one of the main external consultation forces in the country.

This is Klebsiella, a superbug that resists antibiotics and spreads…