After quite a bit of delay, ‘The Story of Marvel Studios: How the Marvel Cinematic Universe was Made’ has finally gone on sale (for now in English), an encyclopedia that traces the creation of the most successful film franchise from its origins. The two volumes into which it is divided are full of interviews with new anecdotes, such as one that would have completely transformed the future of these films. 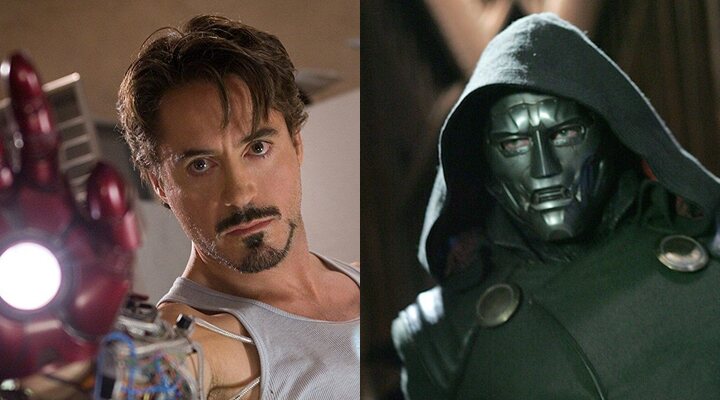 Jon Favreau, director of ‘Iron Man’, explains in the book (via ComicBook) that Robert Downey Jr. had already received an offer from Marvel long before Kevin Feige called him to become Tony Stark. “Marvel had already met with him before, I think, to play Doctor Doom.“. So we’re talking about 20th Century Fox and not Marvel Studios, and the movie in question was ‘Fantastic Four’, which hit theaters in 2005 with Julian McMahon and not with Robert Downey Jr. playing Victor Von Doom. In addition to him, names like Nicolas Cage, Mel Gibson and Tim Robbins were also considered.

Who knows if playing Doctor Doom in the movie starring Jessica Alba, Chris Evans, Ioan Gruffudd and Michael Chiklis would have prevented Robert Downey Jr. from becoming Iron Man in 2008. Much has been said that his participation in the first MCU movie was what made it possible for the entire franchise to prosper later.. Kevin Feige said casting the actor was the first decision he made in front of the master plan. Luckily we live in this timeline and Robert Downey Jr. has been our Iron Man.

The UCM prepares its own version of ‘The Fantastic 4’, this time with Jon Watts in the direction. The cast has not been announced yet, and the film does not have a release date.

The scene from ‘Avengers: Endgame’ that almost refused to shoot

In the book they also collect how the actor did not want to re-record the scene of ‘Avengers: Endgame’ in which he sacrifices himself by making Thanos and his army disappear with a snap of the fingers. The scene was already recorded but he did not have the mythical “and I am Iron Man” as a reply to the titan’s “I am inevitable”, and he had to be convinced to re-record a new version: “It’s not the typical thing that you get so easily. It was a challenge for Robert to do it again. It was hard for him to understand specifically where we were in the narrative. depth and understanding of the material. You’ve explored it in every possible way. It doesn’t mean a new idea can’t come to you. At that point, we were really sure what that scene needed.” explains Anthony Russo, who says that Robert Downey Jr.’s reluctance was more to re-incarnate a character he had already said goodbye to and in an emotionally exhausting film. Luckily, in the end he participated in the reshoots and the scene is as iconic as the directors envisioned him.