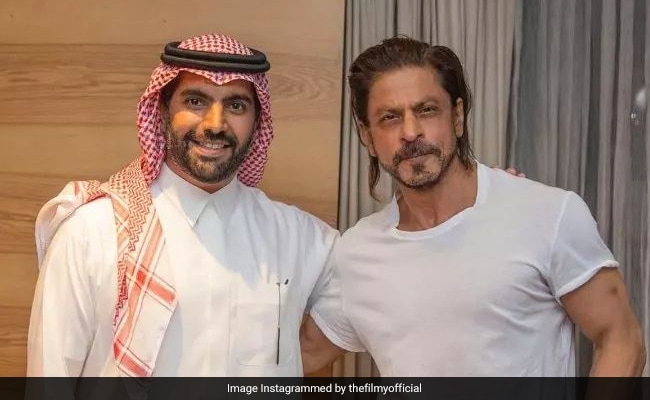 Recently, four of Bollywood’s biggest stars Salman Khan, Shah Rukh Khan, Akshay Kumar and Saif Ali Khan met Saudi Arabia’s Culture Minister Badr bin Farhan Al Saudi. Some pictures during this meeting are currently on social media. People are liking these candid pictures which are going viral on social media. In this picture, Salman Khan, Akshay Kumar Shahrukh Khan and Saif Ali Khan are seen chatting with the Minister of Saudi Arabia. The interesting thing is that after coming to the fore of this picture, people have started giving different types of funny reactions to it.

In the pictures that are going viral on social media, Salman Khan can be seen in black shirt and pants. Akshay Kumar is seen in a white shirt and black pants, while Shahrukh is seen in a white T-shirt and light blue jeans. In a picture, Akshay Kumar is also seen shaking hands with the Culture Minister. While Shahrukh is standing with him, Saif Ali Khan is sitting and posing. People’s reactions are being seen fiercely on this picture. However, what was the motive behind this meeting, it is not clear yet.

Reacting to these pictures, a social media user wrote, “Karthik Aryan has come as Sheikh”, while another wrote, “Why is Kartik in Sheikh’s outfit”. At the same time, another user has written, “Why does this sheikh look like Rohit Sharma to me”. People are giving such funny reactions on this picture.