A post that appeared in the Facebook profile “La Barra 51” caused annoyance among fans Atlas and Chivaswho criticized the lack of tact given only a week after red and black fans were beaten in Querétaro and after the shows of support from their historic rivals.

“ANTICHIVA WEEK. The classic is coming and we have something prepared against the bitter neighbor“, can be read in the publication, which is accompanied by a goat with a prohibited symbol that surrounds it. 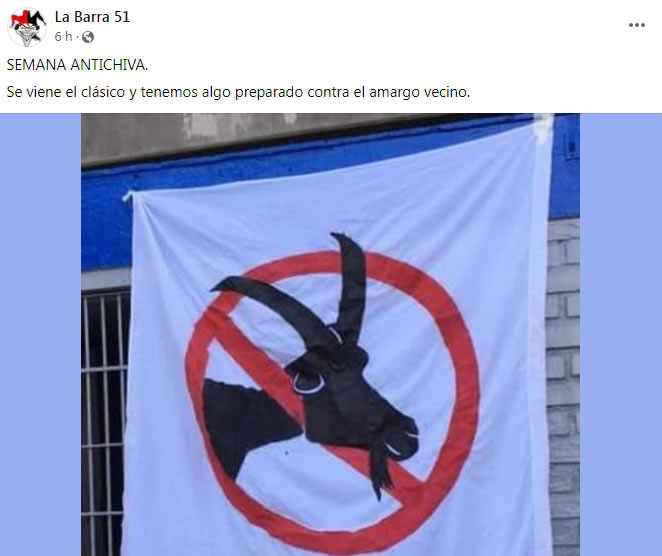 Although there were few responses in which the publication was celebrated, the vast majority were against itwith comments recalling the empathy of the fans of the Sacred Flock, which joined in demonstrations against violence.

“They promote La Paz first and now we start with this?”asked the user Hugo Chavira, who in response received from the administrator an “Atlas, nobody’s friend.” 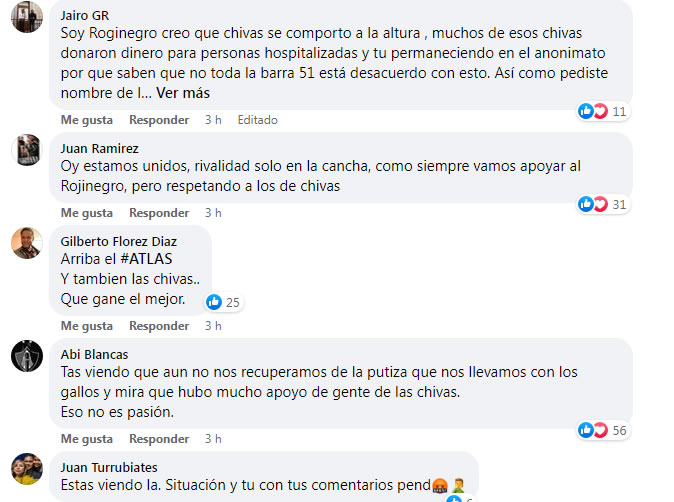 Until now it has not been clarified to what interests said publication obeysalthough some of his followers defend that they will seek to make the hometown feel in the most special game for the Jalisco fans.

The profile has 51 thousand followers, although it is not verified as official.