This information has been sent by Washington to the head of human rights of the United Nations in Geneva, as published this Monday (02.21.2022) by the newspaper New York Timeswho claims to possess a copy of the document.

Likely targets would be people opposed to Russian actions, including dissidents from Russia and Belarus living in Ukraine, journalists, anti-corruption activists, and members of ethnic and religious minorities and the LGBT community, according to the newspaper. 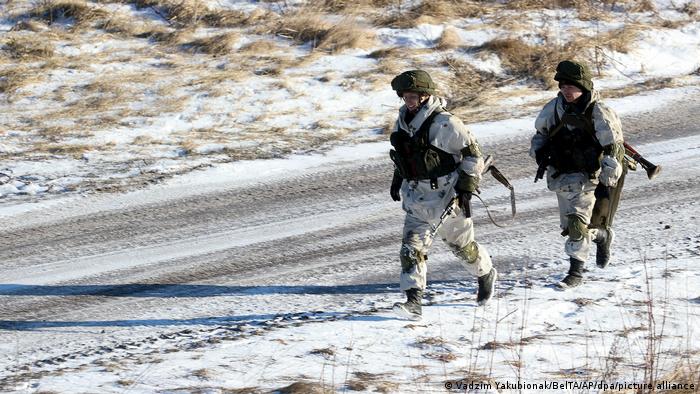 “We also have credible information that Russian forces are likely to use lethal measures to disperse peaceful protests or counter peaceful resistance exercises by civilian populations,” said the letter, signed by Bathsheba Nell Crocker, U.S. Ambassador. United in front of the United Nations offices in Geneva.

The newspaper assures that it has testimonies from three US officials who have confirmed the authenticity of the letter and its content.

The tension between Russia and the US and its Western allies has reached maximum heights over the past weekend and, while Washington assures that Moscow will invade Ukraine in the coming days, diplomatic contacts continue to be made to avoid a conflict.

The United States agreed this Sunday to hold a presidential summit with Russia, but made it a condition that the Russians not invade Ukraine first, and insisted that everything points to that attack being “about” to occur.

US President Joe Biden “has agreed in principle to meet” with his Russian counterpart, Vladimir Putin, “provided there has been no invasion” of Ukraine by then, White House spokeswoman Jen Psaki said in a statement. Sunday night.

Russia today called US claims that it has “credible information” that Russian forces have drawn up a list of Ukrainians to be killed or sent to detention camps after an attack, invasion and occupation of Ukraine a “hoax”. by Moscow.

“It’s an absolute hoax. It’s a lie. I know it’s a total fabrication. That list doesn’t exist. It’s false,” Kremlin spokesman Dmitri Peskov said in his daily telephone press conference regarding the publication of the New York Times that the US Government would be in possession of such a list.