Refugees, victims of natural disasters, epidemics and genocides: in the last 50 years, Doctors Without Borders (MSF) has provided medical care to millions of people in crisis and conflict areas. Hundreds of thousands of doctors, nurses and logistics personnel, mostly local, set up field hospitals, operate, vaccinate or ship medicines. In recognition of its humanitarian work around the world, the emergency aid organization was awarded the Nobel Prize in 1999.

“It all started in the late 1960s,” says Ulrike von Pilar, co-founder of the German section of MSF. At that time, the oil-rich Biafra region wanted to separate from Nigeria. Several French doctors, working for the International Red Cross, saw thousands of seriously malnourished people in the civil war and suspected genocide. For this reason, they did not want to submit to the mandate of silence and neutrality of the Red Cross.

Some of them were the ones who founded the organization Doctors without Borders. “The fundamental principles were: save lives around the world, whatever the cost, and bear witness to crimes against human life,” says Von Pilar. Although it was later shown that there was no genocide in Biafra, speaking out about injustice remained essential for MSF. 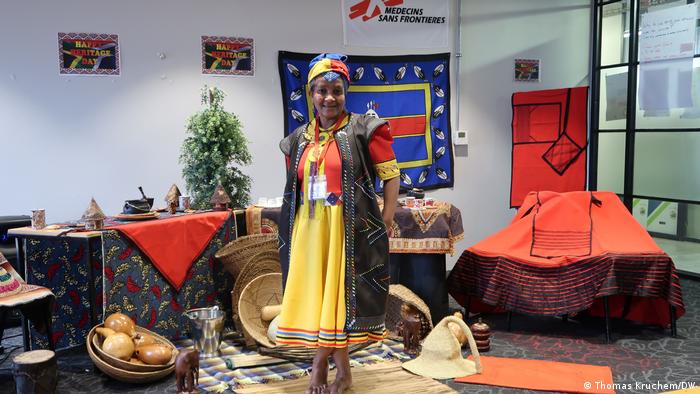 Mpumi Mantangana works in the MSF office in Khayelitsha, a poor area of ​​Cape Town.

The 1984 famine in Ethiopia became a great challenge. Thanks to reports in the world media and “Live Aid” concerts, a lot of financial aid arrived in Ethiopia. Dictator Mengistu Haile Mariam used the aid to deport opposition ethnic groups to the south of the country, where thousands of people died. “As no one took note of these crimes, MSF France denounced them in a dramatic press conference,” says Ulrike von Pilar, “even knowing that they would later have to leave the country and with it their patients.”

Time and time again, MSF faced this fundamental ethical dilemma: Either lives are saved with the consent of the rulers or the crimes committed by the rulers are denounced, and then perhaps the patients have to be abandoned. In 1994, when world public opinion ignored the genocide of the Hutu people against the Tutsi minority in Rwanda, MSF even called for a military intervention, without success.

The organization also advocates on many occasions for medicines for the poorest. Mpumi Mantangana, a veteran of the fight for HIV drugs in South Africa, works in MSF’s office in Khayelitsha, a poor neighborhood in Cape Town. The situation was bad in the late 1990s, recalls the nurse. HIV patients who died were highly stigmatized by society. “And the then president, Thabo Mbeki, denied that there was an HIV problem at all,” adds Mantangana. 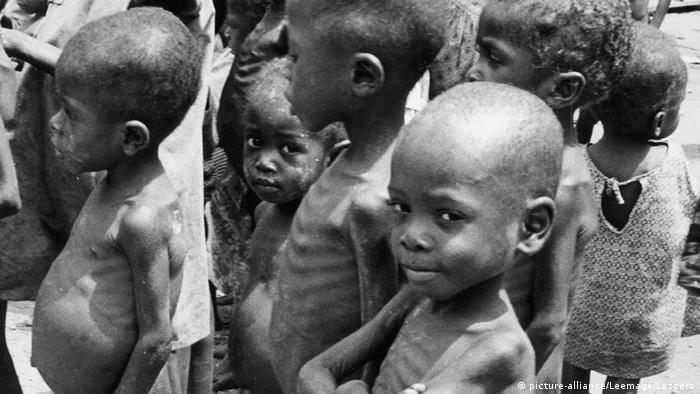 The images of starving children in Nigeria’s Biafra region surprised not only doctors (1970 file photo).

By then, more than four million South Africans were already infected and thousands were dying every day. When the first antiretroviral drugs hit the market, they were unaffordable for many: the cost was 10,000 euros per person per year. “In May 2001, we started supplying the drugs to certain HIV patients, very few, because the drugs were extremely expensive,” says Mpumi Mantangana.

At that time, MSF bought cheap antiretroviral drugs from the Brazilian government, which produced generic drugs against the will of large companies. MSF workers concealed drugs, which were smuggled into South Africa, from police checkpoints.

“But then”, recalls Mpumi Mantangana with shining eyes, “Nelson Mandela, who had lost a son to AIDS, visited the MSF clinic in Khayelitsha.” And he put on, to our surprise, an MSF T-shirt with the words’ HIV positive ‘”.

This gesture by Madiba, as Mandela is also known, increased the pressure on the responsible authorities. Soon after, all South Africans were entitled to free antiretroviral therapy. 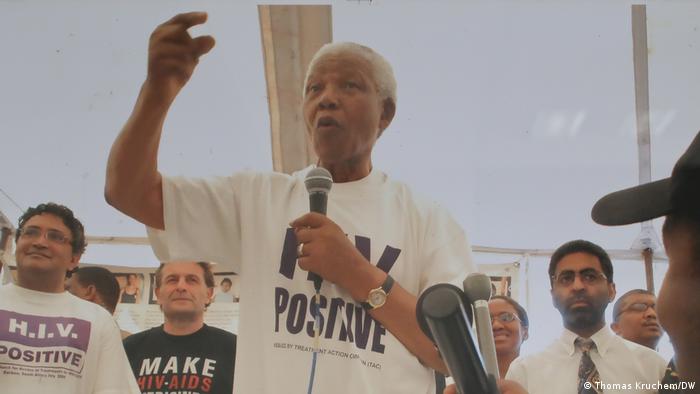 With this shirt, Nelson Madela put pressure on the then South African government.

Today, Doctors Without Borders is present in more than 70 countries and has 45,000 employees. The annual budget – about 1,600 million euros – comes largely from donations. In some particularly threatened countries, such as Haiti or South Sudan, MSF even replaces the state health system.

Not everything is rosy

But, despite the noble claim, not everything is going smoothly. Margaret Ngunang, for example, speaks of the arrogance of the “white demigods dressed in white” and a subtle racist attitude. The social worker, who is from Cameroon and lives in New York, took an MSF job in Juba, South Sudan in 2018. “When I walked into the office of the deputy director of the program, she ignored me for minutes. I guess she thought that She was a South Sudanese, “she recalls. He has also repeatedly suffered minor attacks from MSF’s European and American staff. 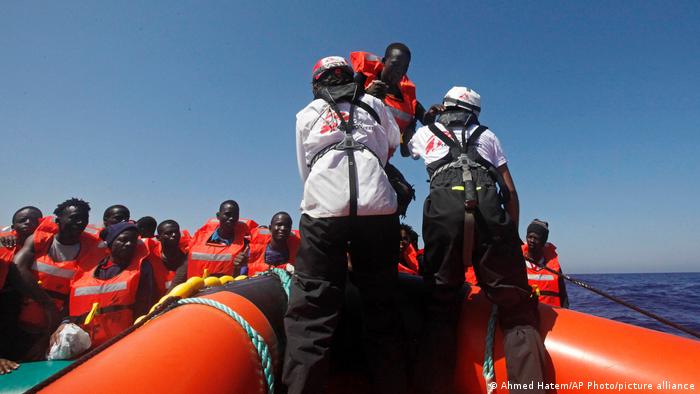 Aid to refugees remains one of MSF’s main concerns today.

In 2018, MSF employees in Africa were also revealed to have had contact with local prostitutes. The incidents were rigorously investigated and those involved were fired, but the damage to their image remained. In the United States, around a thousand former employees wrote an open letter in which they categorically demanded an end to paternalism and racism at Doctors Without Borders.

Today, experts report, there are intense debates at MSF about how to eliminate structural racism in emergency aid cooperation. Efforts are being made to reduce the inequality between local and international staff, and to employ more non-white staff internationally. Strategic decisions will also shift further from Europe to the global South. 50 years after its founding, the organization still has a lot to do, both internally and globally.