The double asteroid redirection test NASA (DART) was finally launched this Wednesday, November 24 at 12:21 a.m. Central Mexico time on a SpaceX Falcon 9 rocket, from the Space Launch complex at the Vanderberg Space Force base in California.

Now the first large-scale mission to test technology on how to defend the Earth against possible dangers from asteroids or comets, prepares for in the following months to hit a known asteroid that not a direct threat for the planet.

A journey of 10 months and 11 million kilometers

The DART mission will show that a spacecraft can autonomously navigate to a target asteroid and intentionally collide, in what is called kinetic impact. This will provide data to help prepare against an asteroid that could represent a danger of impact with the Earth, in case one was ever discovered.

However, before gathering information about it, the spacecraft must reach its destination in the Didymos asteroid system, which is calculated to happen. between September 26 and October 1, 2022, after traveling more than 11 million kilometers from Earth. Upon his arrival, he will intentionally collide with the smaller of the two bodies, Dimorphos, at about 6 kilometers per second, which will shorten its orbit by several minutes. 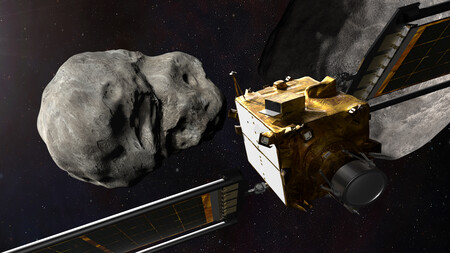 After the event, the images of the impact provided by LICIACube will be recovered, a small satellite that travels with DART and that will capture the crash, as well as the result of the ejected matter cloud. Approximately four years later, the European Space Agency’s Hera project will carry new detailed studies on both asteroids, focusing especially on the crater left by the DART collision.

A shock to learn and try

After the impact, the researchers accurately measure the change in orbit, using telescopes on the ground, and then they will use these results to improve computer models to predict the effectiveness of kinetic impact as a reliable method for the deflection of asteroids.

In addition to being a pioneering mission to test a new method to control the trajectory of bodies in space, DART is also conducting several tests on new technologies to apply in the future of trade missions, such as its NEXT-C engine that uses xenon for its propulsion, its DRACO navigation recognition camera, its series of solar arrays (ROSA) or its guidance, navigation and control system for maneuver in real time autonomously, SMART Nav, which will allow the spacecraft to identify and distinguish between the two asteroids.