The technology corporation IBM has developed a new type of quantum processor, “Eagle”, much more powerful than previous systems. It cannot even be simulated by a traditional supercomputer, IBM announced this Tuesday (11/16/2021) in Armonk (New York state).

Within a few years, quantum computers will be used productively in a wide variety of fields, such as the pharmaceutical industry or for cracking ciphers, and are seen as a technology of the future.

With the new technology, the threshold of 100 qubits is exceeded for the first time with 127 qubits. According to the US company, a simulation carried out by conventional high-performance computers would require “more classical bits than atoms there are in every human being on the planet.”

Traditional computers run on bits. A bit can only assume two states: “one” and “zero” or “on” and “off”. Quantum computers, on the other hand, work with qubits (“quantum bits”). A qubit can represent not only “one” and “zero”, but theoretically an infinite number of intermediate and simultaneous states.

Each additional qubit doubles the number of states that can be represented simultaneously, so the number is considered a performance characteristic. However, the performance of a quantum computer is determined by other factors.

Describing the inner workings of a quantum computer is not easy, even for the best specialists. This is because machines process information at the scale of elementary particles like electrons and photons, where different physical laws apply. 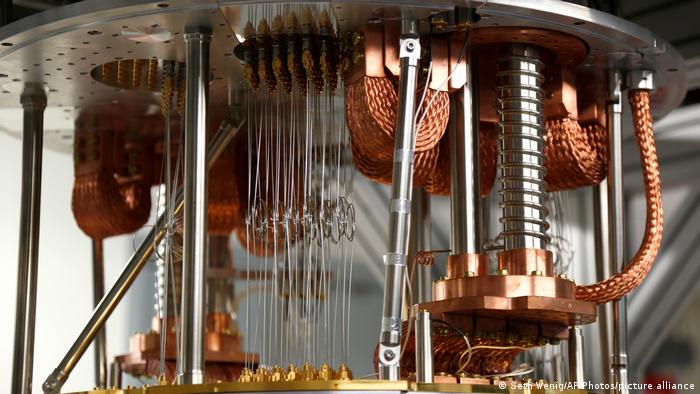 In recent years, IBM has been increasing the number of qubits in its quantum processors. Increasing the number will allow users to explore problems at a new level of complexity in experiments and applications, IBM stressed. This includes optimizing machine learning or modeling new molecules and materials for use in fields ranging from energy to drug development, he said.

“The introduction of the ‘Eagle’ processor is an important step towards the day when quantum computers can outperform classics on a significant scale,” said IBM research chief Darío Gil. “Quantum computers have the potential to transform almost every industry and help us tackle the biggest problems of our time.”

However, experts such as German physicist Andreas Dewes continue to insist that the development of working quantum computers could take even more than a decade.

IBM’s 2017 “Canary” quantum chips had five qubits. In February 2020, IBM introduced the “Falcon” series with 28 qubits. In September 2020, the company raised the mark to 65 qubits with the “Hummingbird” processor. At the same time, IBM stressed that the progress of quantum computer hardware would not be determined solely by the number of qubits, but also by the quality and speed characteristics of performance.