All successes have behind the machinery that made them possible.

The 2021 Mexican Grand Prix was accompanied by the good rhythm that has exhibited Sergio perez in this year in the season of Formula 1, the highest category of sports car racing, but for both to exist, different elements had to come together that have been worked on for more than a decade.

The romance of Mexico and Formula 1 has gone through several stages, but even before his return in 2015 there was an absence of more than 10 years for the Gran Circo to return to the Hermanos Rodríguez Autodrome, driven by the desire to see Checo race Pérez in his nation. 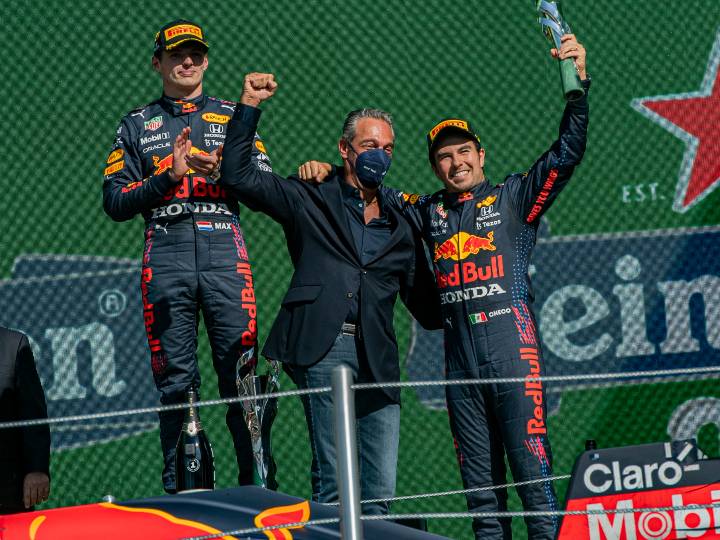 But for the native of Jalisco to arrive at F1 there was a process of many learnings and a project undertaken by a businessman: Carlos Slim Domit, the same person who gave him the third place trophy in front of more than 30 thousand fans of Foro Sol meeting on November 7 on the eighteenth date of the calendar.

For Pérez, it could be the 15th podium of his career, a series of successes that began with the 2012 Malaysian Grand Prix when, with a Sauber, a low-mid-table car, he fought Fernando Alonso’s Ferrari. But his top 3 in the Magdalena Mixhuca circuit represented much more for the national motor sport, and especially for Slim Domit.

For 20 years, the Mexican businessman has invested in a sport that previously had little attention in the country, sending pilots to the United States and, later, to Europe, in the search to return a national to Formula 1.

This, he said in an interview with Excelsior, was not a whim, but rather had a clear objective: to put the country back into what he considers it deserves in the elite of the sport, because if something has the history “Racing” of Mexico is that it has had prominent characters in its sphere.

“It was very significant,” Domit said to Excelsior’s question at the end of the Mexican Grand Prix after accompanying Pérez on the podium and presenting him with a third-place trophy.

“Knowing the trajectory of Sergio, what he has sacrificed in his life to be able to get to where he is today and see what his talent can demonstrate in front of his entire audience, and the joy he gives to people, became a very special moment ”.

“It is a well-deserved moment for him, but especially for the public that has supported Checo and the grand prix for so many years.”

Although there had been businessmen interested in bringing Formula 1 back to Mexico before Pérez’s success, the economic factor and a possible low public interest in a race without a local driver buried the attempts. But when Pérez arrived and obtained podiums, the way opened.

These factors helped bring together more than 300 thousand people in each of the first five editions organized by the CIE group, promoter of the event, but the victory of the Mexican in the 2020 Sakhir Grand Prix and the victory in Baku 2021 further catapulted the hobby to gather around 370 thousand people in the sum of the three days of the race this year, triumphs that Slim Domit considers special moments of his protégé.

“The triumph had been with a good chance of falling. We remember that race with Fernando Alonso in Malaysia when he was in his early years and finished second. The Montreal race where I was leading the race and the electrical system was reset, with a very sad last lap. The fact that his first triumph came the way it happened (coming back from last position) I think it was very special. Having gone to the back of the grid, the doubt if the contact had affected the car, then seeing it consistently return passing cars on the track, I think any driver is a dream to be able to win like this ”.

“He showed why he is there and why the team (Red Bull) opened the opportunity for him. Without a doubt I believe that what happened to Bahrain was the most special of all. The fact that that first GP was won the way it was won is what made it very spectacular and very exciting ”.

Although part of the success of the Mexican GP is linked to Pérez, the number of fans for F1 has increased in the country, so a permanence of the category beyond the time the driver from Guadalajara is on the track could be of long stay.

Although before Checo Pérez decides to end his F1 career, Slim Domit believes that his driver, whom he has supported since the beginning of his career, can fight for the world championship in 2022, even if he does not have the backing of a multi-year contract, something that he does not care about. 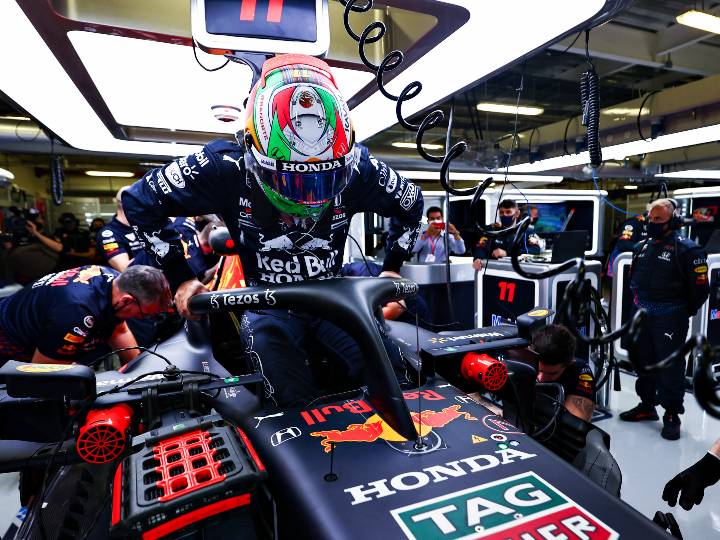 “His dream is to be an F1 champion. I have no doubt that with the right weapons and strategy he can achieve it and that he is not a pilot who conforms, and never forgets that his objective is that is what he has there. I have no doubt that one day we will see him fighting for the world championship ”, considers the Mexican businessman who not only accumulates economic successes, but also sports, making history that two decades ago seemed impossible.

It was published before in Attraction 360

Copyright law strictly prohibits copying all or part of Excelsior’s materials without having previously obtained written permission and without including the link to the original text.