With a ruse worthy of the action saga that Tom Cruise has starred in since 1996, thieves took advantage of an oversight by the actor’s bodyguard to steal the BMW X7 that he uses on the set, while he was filming part of the seventh installment of Mission Impossible inside from a Birmingham shopping center.

According to British media, the actor went into a rage when he learned that the thieves had taken the car with much of his belongings inside, valued in thousands of dollars. The thieves had cloned digital car key that he was able to recover shortly thereafter, but no sign of Cruise’s luggage.

A filming gafado almost from the beginning

I promise you, this isn’t photoshopped.

We are sure that agent Ethan Hunt would not have allowed this bizarre incident to happen, and less under his own nose, but the filming of Mission Impossible 7 seems to be gagged from the beginning.

Last year it already had to be suspended on several occasions due to circumstances related to COVID-19, and although this time it has not been the case, the peculiar incident is giving much to talk about, but it is not the only one, because only a few days before of the robbery, the actor had to make a makeshift helicopter landing in a private garden of a Baginton family by the closure of the Coventry airfield.

According to The Sun – the British outlet where the news broke – it is believed that the bodyguard, in charge of the security staff of the Hollywood star in Birmingham, discovered that the BMW X7 had disappeared from its parking lot at dawn last Wednesday .

Apparently, instead of parking the vehicle in the parking lot protected by barriers inside the Grand Hotel where Cruise is staying in the city center, the driver had parked it outside: just a few meters from the door of the accommodation and just a two minute walk from West Midlands Police Headquarters. 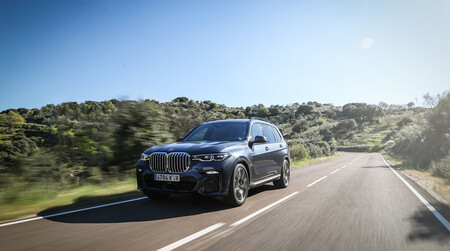 Meanwhile, Tom Cruise was filming some scenes for the film inside a Birmingham shopping center with actress Hayley Atwell.

Thus, the thieves would have taken advantage of the absence of the elite security team with which the actor works to intercept the signal and clone the keyless opening system that the luxurious vehicle has.

The authorities were able to intercept the car in the suburb of Smethwick a few hours later (10 minutes from the center of Birmingham) thanks to the tracking device with which it was equipped, but they have not yet been able to recover the actor’s luggage that was inside. . The police are still investigating the case and checking the security cameras in the vicinity of the scene.

Although the UK authorities had already warned the population in the weeks before about a wave of robberies with this system, the actor’s security team was not adequately prevented. This is the first time that they have had an incident of this type, although they are more than familiar with the vehicles of the Bavarian brand, related to the saga for years.

To cite a few examples, in Mission Impossible 6 we already saw the actor with a BMW 5 Series flying down some stairs in Paris, and already on the set of the seventh movie, in October 2020 Cruise did his thing in Rome at the wheel of a M5.

More recently in England, the American actor, who enjoys filming action scenes himself, got at the controls of a BMW G 310 GS causing a stir among his fans. The X7 that was stolen from him last week, was used in principle for transfers.

Will this be the last incident the shoot will face? Who knows. A lot can still happen before Mission Impossible 7 opens next May 7, 2022 as planned.

In Motorpasión | Tom Hanks clears the garage for 433,000 euros and says goodbye to three of his cars and his mythical caravan