HomeGamingFortnite: how and where to get the useful grabber in the Battle...
Gaming

Fortnite: how and where to get the useful grabber in the Battle Royale? 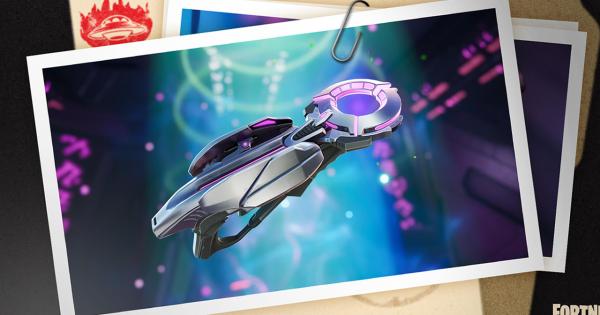 Epic Games just released update 17.30 for Fortnite with interesting news for Season 7. The update came with an interesting object called grabber, which will allow you to have the power of a spaceship in your arsenal.

On the other hand, the company prepared some changes for the map and the arrival of a new game mode for a limited time. This is Team Combat, the next Battle Royale MPL that will be activated this week.

As you imagine, the grabber is a weapon with alien technology. Due to its characteristics, design and power, the OI knows it as a handheld UFO. What is the Agarratron for? In case you don’t know, it allows you to attract objects with the power of gravity.

In this way you will be able to pull all kinds of objects from the island to throw them at your rivals and cause them damage. The projectiles will fly at different speeds depending on their size and material.

The grabber is also a defensive weapon, since you can take objects to defend yourself from all kinds of attacks. It can also be used to catch explosive weapons and return them to their owners.

You can find the grabber in various locations, such as chests, inside the mothership and on the abductors. Below I leave a trailer for you to know its power:

Team Fight is the new game mode of Fortnite

Team Fight will offer a lot of action for players, as it is a mode where there will be respawns and you will fight in a small circle of the storm. It will be played until a squad reaches 60 eliminations.


After each kill, the participants will have a different arsenal and will receive an advantage if they lose: they will momentarily see their opponents through the walls until the leadership of the rival team drops to a certain level.

Certain buildings will have additional strength to keep up with the pace of fighting. Team Match will be available starting August 5, at 8:00 AM Mexico City time.

Lastly, Epic Games confirmed that the aliens started abducting certain points on the map, so Sticky Swamp will gradually change its appearance until it looks completely different.

In case you missed it: Ariana Grande will give concerts in Fortnite! Check when it will happen