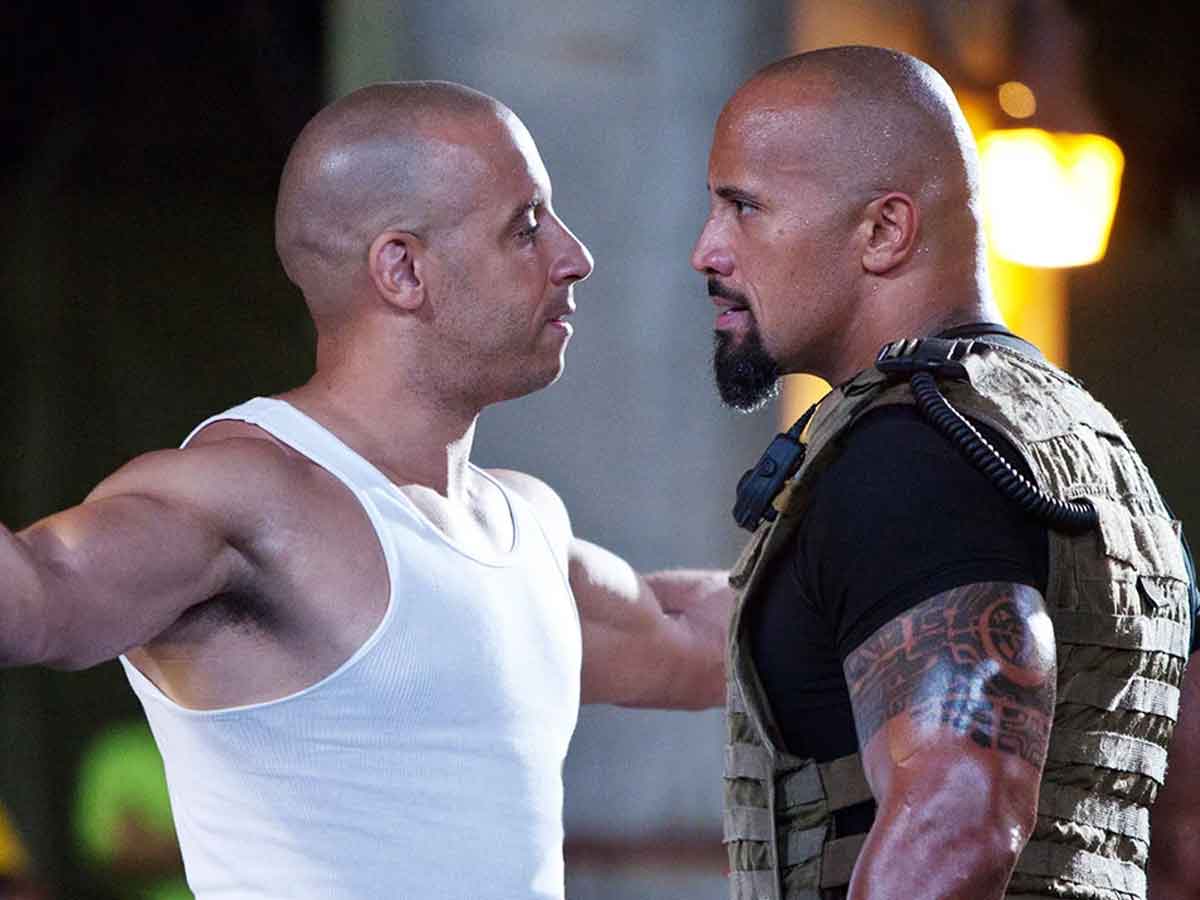 During the filming of Fast and Furious 8 (2017) the actors Dwayne Johnson and Vin Diesel had a conflict that lasts today.

It all started when Vin Diesel felt threatened by the importance he was gaining Dwayne johnson within the franchise Fast and furious and their demands for having the same salary. So it seems this action saga wasn’t big enough for the two Hollywood stars.

But also, during the filming of Fast and furious 8 the conflict reached its peak when Dwayne johnson accused of being very unprofessional on the production set Vin Diesel. The result of that confrontation was that “The Rock” left the main movies, but had his spin-off titled Hobbs & Shaw (2019).

Now the actor Dwayne johnson He has been regretful of some of his comments on social networks.

‘Caused a firestorm. However, it was oddly as if all the cast members found their way to me and either quietly thanked me or sent me a note. But yeah, it wasn’t my best day to share that. I shouldn’t have shared that. Because at the end of the day, that goes against my DNA. I don’t share things like that. And I take care of those types of bulls, away from the public. They don’t need to know that. That’s why I say it wasn’t my best day.


No, I meant what I said. Safely. I mean what I say when I say it. But expressing it publicly was not the right thing to do.

He also spoke about the reunion that both actors had after all this conflict.

Well, there was a meeting. I wouldn’t call it a peaceful gathering. I would call it a clarity meeting. He and I had a good talk in my trailer, and it was outside of that talk that it really became very clear that we are two separate ends of the spectrum. And he agreed to leave it there. Revealed Dwayne johnson.

Will they work together again?

For now it seems that the reconciliation between Dwayne johnson and Vin Diesel it is a long way from being a reality. But some responsible for the saga have already commented that they want Fast and furious 11 is the last one and they also want to bring together all the actors who have appeared in the previous films.

Therefore we could get to see again Hobbs by Dwayne Johnson, Gisele from Gal gadot or even to Brian O’Conner from Paul walker using CGI. Although for that there are still a few years left because first the tenth installment has to be released.

Are you looking forward to seeing Dwayne Johnson and Vin Diesel in the same movie again? Are they better separately? Leave us your comments below.

Share
Facebook
Twitter
Pinterest
WhatsApp
Previous articleCardi B is the ‘Queen of audios’ on Tiktok and these 5 funny moments prove it
Next articleFortnite T8: The Parallel – What it is, how to enter and missions