HomeGamingAriana Grande will give a show at Fornite
Gaming

Ariana Grande will give a show at Fornite 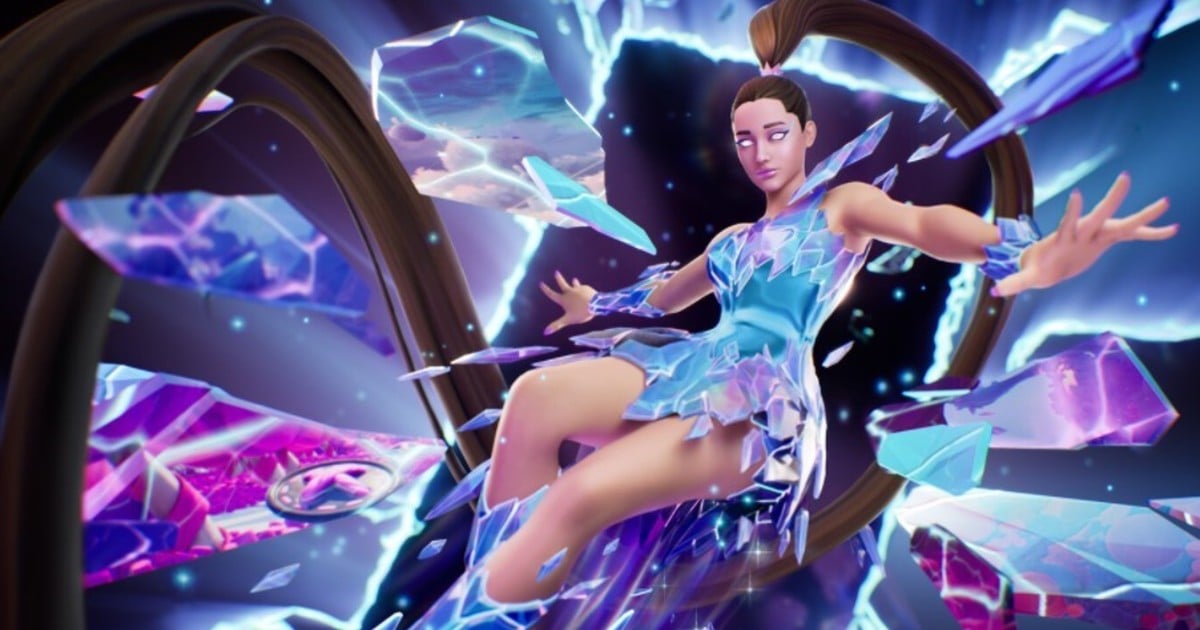 Ariana Grande will give a virtual concert in Fortnite: her Rift Tour will be available from this Friday, August 6 and throughout the weekend, until Sunday the 8th included, in the popular video game.

Epic Games, the company behind Fortnite, defines the Rift Tour as “a musical journey for players to enjoy with their friends.” From now on the american singer will have her own avatar, which includes her signature ponytail. This is how it was seen in the images released by the game’s official page.

As a color data, Ariana Grande has a pet named Piggy Smallz, a pig that will also be part of the video game. It will be a backpack and will appear as an accessory.

This is not the first time that a real-world music star has immersed himself in virtuality: others, such as Travis Scott and Marshmello, have already done so. Now the creator of hits like Thank U, Next, who is 28 years old and in October 2020 released his sixth studio album, Positions.

Throughout the three days of the special event there will be five different presentations. Epic Games notes that it is important enter the game at least an hour before of the presentation.

In favor of vaccination

Grammy winner was campaigning in favor of vaccination against Covid-19. This Sunday, August 1, he left a message on his Instagram account urging the population of the United States, where there is great resistance to the vaccine, to inoculate.

His purpose, he said, was to give a “kind reminder” to those who are not yet vaccinated against the virus. And it gave links to information on the Delta variant, which is currently spreading across the United States. She posted a photo of herself wearing a black chinstrap, which begins with the following text: “Vaccinated and masked”.


“This is your kind reminder that you have to get vaccinated if you qualify. This is not over yet! I am sharing information because I care and, if I can, I would like to help anyone who has doubts or curiosity make a decision, ”the text begins.

“This Delta variant is very new and since the data changes all the time, I am going to look for some links to keep you up to date. So far we know that it spreads much more easily compared to the previous variants. Most of the spread occurs among unvaccinated people and in areas with low vaccination rates! “

And he adds: “And yes, although they can be infected despite being vaccinated, the vaccine helps protect against serious diseases, hospitalizations and death! All things to be protected against. Oh, and if they already had Covid-19, they should still get vaccinated! “

The singer of Dangerous Woman insists that people can “save a life or two” by getting vaccinatedas it could help protect those who cannot get punctured for any reason.

At the beginning of May, a little less than half a year after announcing their engagement, and almost one and a half after they started dating, Ariana Grande and Dalton gomez they changed the status of their partner from single to married.

This was announced by a representative of the singer, who confirmed the singer’s link with Gomez, one of the brokers of Aaron Kirman Group, a company specializing in luxury homes.

Grande’s representative told the magazine People that the couple were married in a small and intimate ceremony at the artist’s home in California, attended by fewer than 20 people. Still, it is unclear when the wedding was.

“The room was so happy and full of love. The couple and both families could not be happier,” the representative told People. He added: “Both Ari and Dalton love Montecito. They spend a lot of time there. It seems natural for them to get married in Ari’s beautiful, historic home. “

Share
Facebook
Twitter
Pinterest
WhatsApp
Previous articleThey started dating in 2016, they keep a low profile and the age difference does not affect them – Revista Para Ti
Next articleNetflix pulls out the checkbook for the movie with Ryan Gosling and Chris Evans to find their 007

Night Teeth: Why Watch The Vampire Movie With Megan Fox On Netflix

Vin Diesel gets very emotional talking about Fast and Furious 10

Night Teeth: Why Watch The Vampire Movie With Megan Fox On Netflix

Vin Diesel gets very emotional talking about Fast and Furious 10