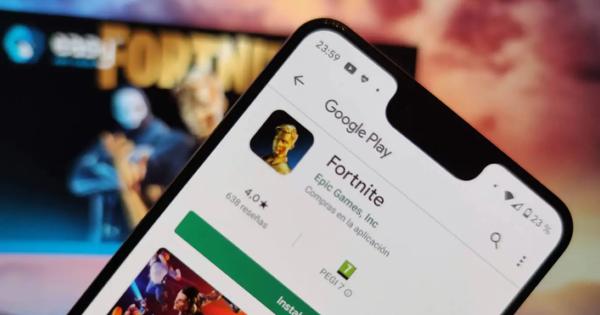 The legal war between Epic Games, Apple and Google is not over yet, as Fortnite it is still far from returning to stores like the App Store and the Google Play Store. Although Epic and Apple have already closed the first chapter of their conflict, the thing is different between the developer and Google.

We tell you this since the company once again attacked the creators of Fortnite. Like Apple, Google will not sit idly by after Epic violated its store policies and various agreements that allowed downloading. Fortnite from the Play Store.

For this reason, Google filed a counterclaim against Epic, this with the aim of obtaining compensation after the developer evaded the official payment methods of its store and offered an alternative without authorization in the Battle Royale.

Find out: there could be a movie of Fortnite because Apple removed the Battle Royale from iPhone

Thanks to a report from ZDNet, we know that the conflict between Google and Epic Games is also far from over. The tech giant filed a counterclaim against the studio as it breached the Play Store’s rules by circumventing its payment methods.

In case you don’t remember, this was also the reason why the fight between Epic and Apple started. However, authorities have not yet determined that the studio must pay Google for intentionally violating the terms of its contract.

Google claims that millions of users still have access to the alternative payment method even though the game was removed from the store. So Epic has evaded the store’s own commissions for months.


The counterclaim claims that “Epic has unfairly enriched itself at Google’s expense.” The company explained that it has no problem with the Battle Royale offering alternative payment methods, as long as it does so outside of the Play Store.

Due to all this, Google seeks a monetary compensation equivalent to the money it has lost since the alternative payment system was implemented in the Battle Royale, which was used by a significant number of players on Android devices.

As of this writing, the authorities have not issued a verdict on this new chapter of the conflict, but it is hoped that we will know more about it soon.

In case you missed it: Fortnite it could be banned from the App Store for up to 5 years; Sweeney accuses Apple of lying