HomeNewsBitcoin: The rebound is underway - these brands are important now
News

Bitcoin: The rebound is underway – these brands are important now

After the sharp correction in the previous week and the brief dip below the mark of 44,000 dollars at the beginning of the week, the bulls will take over the helm again on Tuesday: Bitcoin has gained around 5.5 percent over a 24-hour period and conquered important chart marks.

The price is now well above the horizontal resistance zone between $ 44,000 and $ 45,000, which it only briefly fell below the day before. He also exceeded the 200-day line, which is currently in the range of 45,817 dollars, again on Tuesday.

That alone is a technical buy signal, but it could be reinforced by the imminent “Golden Cross”. To do this, the 50-day line, which is currently at $ 45,689, would have to cross the 200-day line from bottom to top. 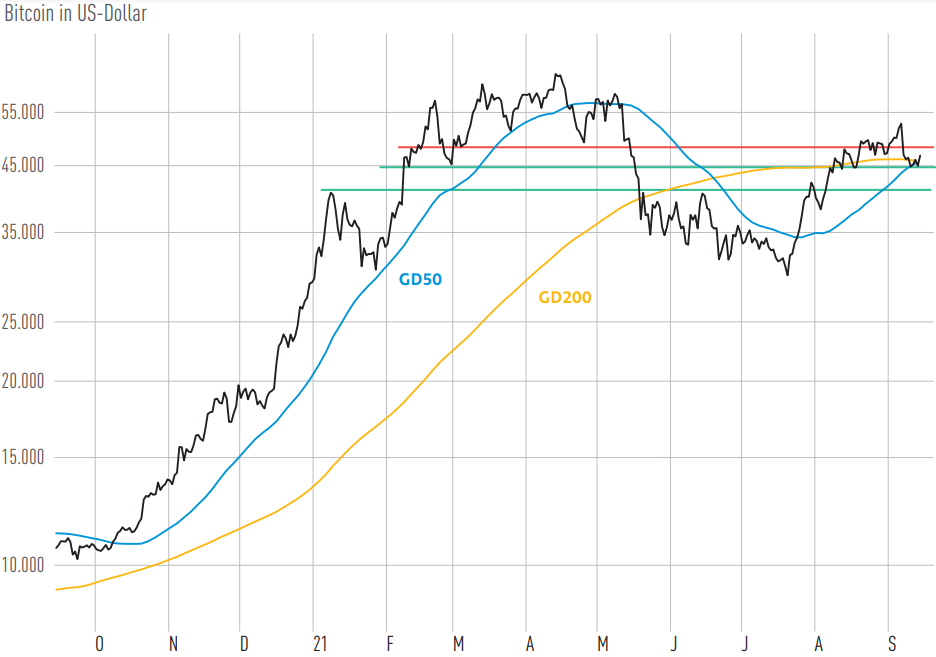 As a result of the rebound, the $ 47,000 mark will next come into focus – according to expert Michaël van de Poppe from cointelegraph.com a key drag on the way back above the 50,000 mark and to new highs. But cracking it will not be easy, because recently market participants with very large Bitcoin stocks, the so-called whales, have increasingly thrown coins on the market in this area in order to realize profits, according to the expert.

More and more coins are being held for the long term

However, the behavior of some whales ran counter to the general trend, as the vast majority of market participants stubbornly hold their Bitcoins. According to current data from the blockchain analysis company Glass node are currently around 13 million Bitcoin, or almost 80 percent of all coins that have already been mined, in the hands of “Long-Term Holders” (LTHs), i.e. market participants who have not moved their Bitcoins for at least a year.


This value is comparable to the level a year ago, when the current bull market really picked up speed. In general, highs in the coins held by LTHs are an indication of an ending bear market and are not infrequently accompanied by a supply bottleneck, which can typically cause prices to rise, according to the Glass node-Study. After the losses of the last few days, the green signs are finally dominating the crypto market again. Bitcoin as the digital reserve currency benefited above average from this on Tuesday. Invested investors stick with it and even brave newcomers can now speculate on a long-term continuation of the upward trend.

Shares or derivatives, which are discussed / mentioned in this article, are in the “SHAREHOLDER Depot” of THE SHAREHOLDER.