Cardano, Bitcoin and Ether are increasing 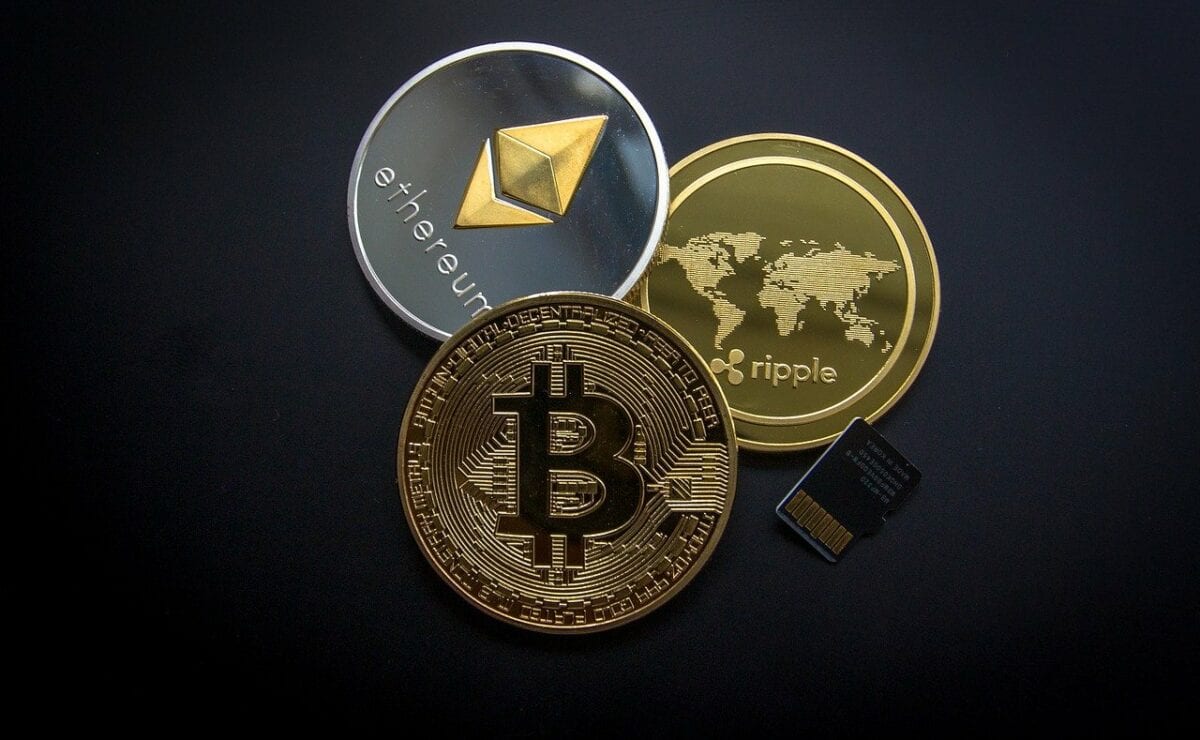 Cardano, Bitcoin and Ether have been increasing significantly for a few days. What is the reason for that? Let’s first look at the charts. Since the beginning of the year, Bitcoin has gained 60 percent, Ether 338 percent and Cardano 1,030 percent. You would think that a rally has been going on for months. But that’s not the case. Because especially from May to July, there were dead pants with the crypto currencies. But you can determine the point in time pretty precisely, since when life has been in the booth again, namely since July 20th. To do this, please look at the second chart, which does not compare the percentage developments, but rather superimposes the price developments of Ether, Bitcoin and Cardano since April. Since July 20, one can clearly see the simultaneous increase in the three crypto currencies.

With Cardano in particular, the reason for the latest price rally could be cited as the hopes of the crypto community that a comprehensive update will be implemented in the Cardano network from September. The first test runs for the so-called smart contracts went according to plan, the Cardano founder Charles Hoskinson tweeted recently. For non-crypto experts, the topic cannot be seen through anytime soon. If you want to delve deeper into the subject, please read on by clicking here on t3n.de.

In the case of Ether, a supply throttling could be seen as the reason for the price increase (more on this here). For days, one could actually negatively mention the fear that the USA apparently wants to significantly tighten its laws for the industry. The US Congress is currently trying to dissolve gray areas around crypto and create more transparency and legal certainty – also for the topic of taxes? Much is still unclear.


Either way – you could list countless arguments these days and fill an article with various information about crypto currencies. But maybe you should take a few steps back and try to look at the whole picture. What do we see there? It could simply be the time when the global trader community wants to hunt up cryptocurrencies like Cardano, Bitcoin and Ether again. Over the course of the year there have been sudden surges in meme stocks, then in cryptocurrencies, then in hydrogen or cannabis stocks, then in big tech stocks – and so it went on and on. Investor interest shifted over the months to other asset classes or industries. Now it looks as if the cryptos might want to take a strong run up. 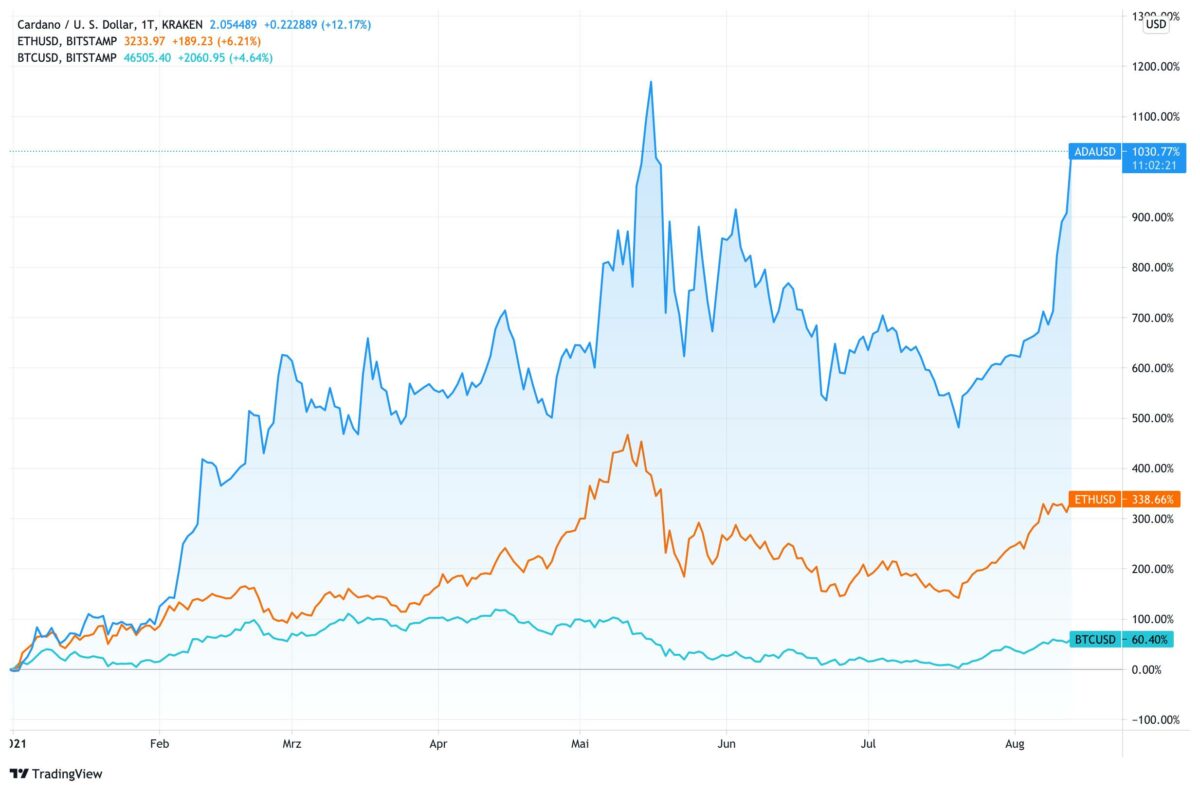 TradingView Chart has been comparing Cardano with Bitcoin and Ether since the beginning of the year. 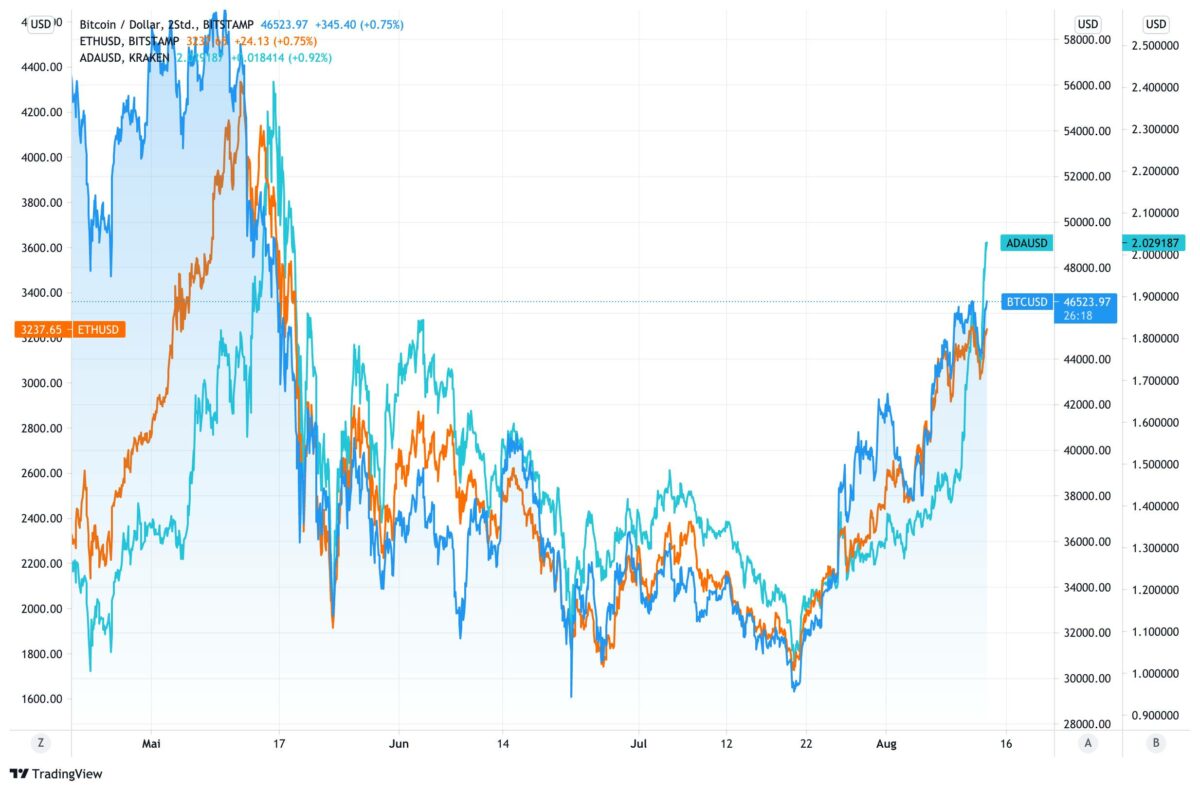