HomeNewsWhat does the data say? Dogecoin, Nike D2C and the North...
News

Has Dogecoin Outstripped Ethereum and Bitcoin?

What was started as a joke by two software engineers over a decade ago has become one of the most popular cryptocurrencies in the world. Dogecoin, named for the “Doge” internet meme that went viral, has seen a massive surge this year. In part, this is due to the “Elon Musk Effect”. The Tesla billionaire’s positive tweets have spurred the Dogecoin rate year-round, propelling it from less than a cent at the start of the year to an all-time high of 74 cents in May. At its peak, the cryptocurrency has grown by more than 15,000 percent since the beginning of the year – four times the profits of the S&P 500, including dividends, since 1988. At least in percentage terms, the price increase has also left Ethereum and Bitcoin behind.

Although the cryptocurrency has since fallen (see Figure 2), Musk’s tweet on July 1st (“Release the doge”) drove the price back up, underscoring his influence on the fortunes of Dogecoin. 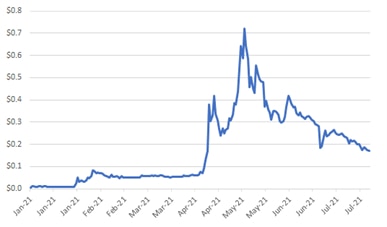 Is Nike’s direct-to-consumer strategy paying off?

The iconic sportswear brand had an incredible performance during the pandemic, with its share price rocketing from $ 66.08 on March 16 last year to a record high of $ 156 last month.

The company recognized the importance of branding to gaining customer favor when competitors are just a click away, and that building strong customer loyalty requires taking sales into your own hands and growing the relationship Consumers deepen.


Nike reported the highest revenue the company has ever had with its own brand in the twelve months ended May 31, 2021 ($ 42.3 billion). Figure 3 shows that a whopping $ 16.4 billion came from the D2C business – a 32 percent increase over the previous year. The sporting goods giant has increased its share of sales from the D2C business from 16 percent in 2010 to 39 percent today, more than doubling it. 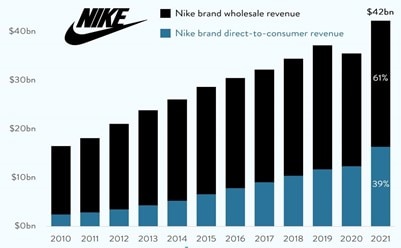 As a result of increasing climate change, unusually high temperatures have been recorded in North America in recent years. In Lytton, a village in British Columbia, a sweaty 49.6 degrees Celsius (see Figure 4) was recently recorded, the highest temperature ever recorded in Canada. 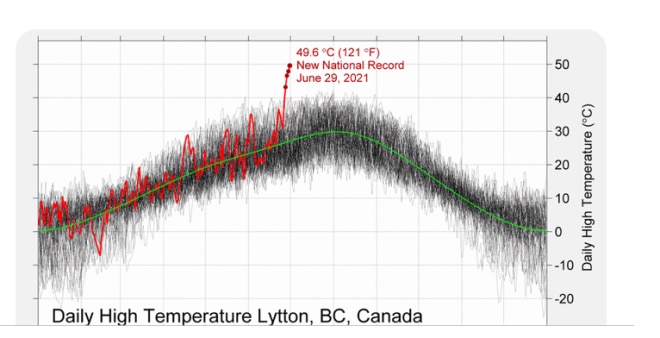 The problem with such high temperatures is not only that they are dangerous to the human body (temperatures above 40 degrees Celsius can lead to heat stroke), but they also act as catalysts for devastating forest fires. Paradoxically, forest fires are caused by climate change on the one hand, but also contribute to global warming on the other, creating a dangerous feedback loop. The emissions from fires in the USA were three times as high as usual last year. It is to be feared that the fires will be even worse this year, especially as the western US states are already grappling with rising temperatures and forest fires.