In September last year, AniMoon Publishing announced the license to the anime series Strike Witches, which are published on disc in this country. Meanwhile, the Potsdam anime label revealed the first details of the home video release.

As a result, the twelve-part first season is expected to be released from September 2021 as a Limited Mediabook Edition with a collector’s slipcase on DVD and Blu-ray. The first volume includes the first four episodes in German and Japanese as well as an exclusive extra, which will be more details later.

The second volume will follow in November 2021, before the third volume, which also includes the OVA from 2007, will go on sale in January 2022. The complete first season can now be pre-ordered in the online shop of AniMoon at a special price.

In addition to the first season, which ran on Japanese TV in the summer of 2008, AniMoon Publishing also secured the three-part OVA series Strike Witches: Operation Victory Arrow, the accompanying film Strike Witches: The Movie and the third season Strike Witches: Road to Berlin, which celebrated its premiere in autumn 2021. This is still available at Anime on Demand and Crunchyroll in the original sound with German subtitles on demand. 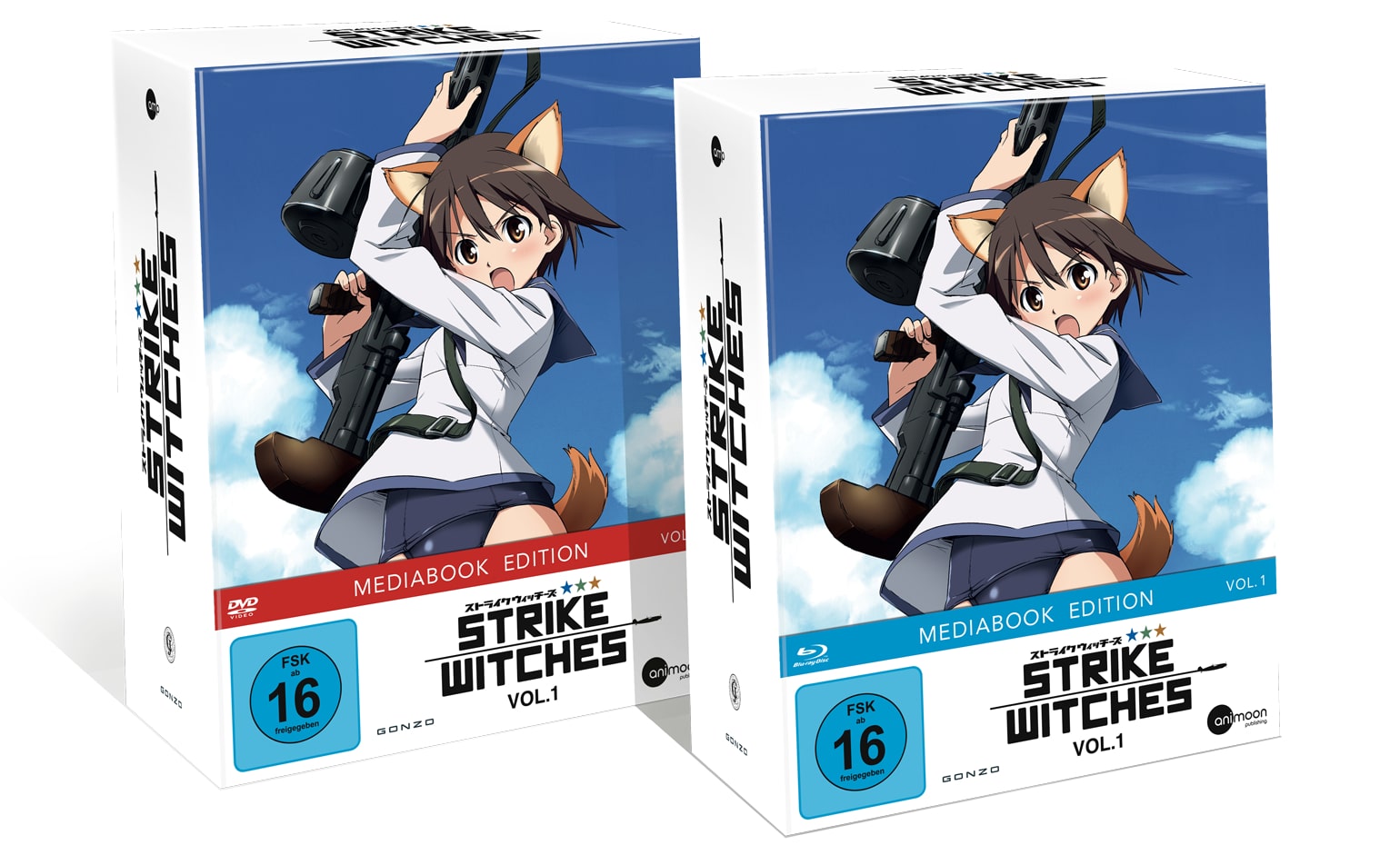 That is what this is all about. Strike Witches:

In 1939, the misanthropic Neuroi appeared on Earth for the first time. Neither their origin nor their motives are known so far, but to defend and combat the people set up so-called “Strike Unit”. Among them are also young women with magical abilities; they form the elite unit of the “Strike Witches” and use their magic to fight, but also to heal the wounded. One of them is Yoshika Miyafuji, who has a very special motivation to fight for the people … (Source: aniSearch.de)