It had been a chaotic day in Peru. In a matter of hours, the house of cards that supported President Pedro Castillo collapsed on December 7. The president anticipated a presidential vacancy vote and announced in the morning on national television the dissolution of Congress and the establishment of “an exceptional emergency government”: a coup d’état. After noon there was a wave of resignations in the Cabinet, the Armed Forces had already turned their backs on the Executive, the Chamber had dismissed him and moments later, the president was arrested. Andrés Manuel López Obrador reacted less than two hours after Castillo’s arrest. “We consider it unfortunate that, due to the interests of the economic and political elites, since the beginning of the legitimate presidency of Pedro Castillo, an environment of confrontation and hostility has been maintained against him to the point of leading him to make decisions that have served his adversaries to consummate their dismissal,” said the president of Mexico.

The statements by López Obrador, one of Castillo’s closest allies in Latin America, were rounded off this week with the unilateral decree of “a pause” in relations with Peru. The president said that for the government Castillo was still the president; he implicitly ignored Dina Boluarte under the principle of non-intervention, and said that Peruvian politics suffered from an “anti-democratic failure of origin.” The Foreign Ministry of the South American country, in the midst of a deep political crisis, had to take time to condemn the president’s statements and accused him of “interference” in his internal affairs.

López Obrador’s position does not arise in a vacuum. Because the support has been explicit for Castillo and it goes back several months, because he fits “like a glove” in his ideological discourse, because it was not even the first time that he paused a relationship with another country. The “pause” is a contribution clearly lopezobradorista: it has no footing in international law and recharges itself into a rhetorical figure that would have no consequences in internal politics, but that says it all in diplomacy, where words are actions and policies in themselves. The arguments are not new either, especially if one analyzes how the president has handled the questioning of members of his movement, his pragmatism and obstinacy, as well as his ability as a political player, often underestimated by his adversaries and always evident in situations that for others they are extremely uncomfortable.

But this time it has had dyes of the first time. The position of the Mexican government has collided with its own foreign policy principles, with Peru’s internal policy and with the management of the Ministry of Foreign Affairs under Marcelo Ebrard, who seems to have been unable to maneuver to channel it. This time — say diplomats, analysts and academics consulted — it is more difficult to defend the position and decode it. “Mexico gains nothing from this and loses a lot, especially in credibility,” says Ernesto Campos, a retired diplomat who was ambassador to several countries in the region and former director of the Foreign Ministry for Latin America. “The first word that comes to mind is irresponsibility,” says Diego Salazar, a Peruvian columnist for The Washington Post settled in Mexico, “and a profound ignorance of the situation in Peru.”

López Obrador has made it clear that his position on Peru stems from his own diagnosis of reality. Castillo had to face fierce opposition since he began his government in July 2021 and before, when his rivals alleged an “electoral fraud” that they could never prove to unsuccessfully stop his arrival at the Presidency. It has been a “harassment”, in the words of the Mexican president, also crossed by racism, classism and the permanent blockade of the establishment from Lima. The Peruvian Congress denied permission to the Executive branch to attend the inauguration of Gustavo Petro in Colombia and the Summit of the Pacific Alliance in Mexico, which was to become the first major political forum for progressive governments, at least nominally. , region of. There were going to be Alberto Fernández, Gustavo Petro, Gabriel Boric and, among others, Luiz Inácio Lula da Silva, who was also invited, but was unable to attend amid the post-election fire in Brazil. López Obrador canceled the meeting when he found out that the president of Peru, who was going to receive the presidency of the mechanism, was not going to attend and even though the majority had already made the trip to Mexico.

Up to that point, the diagnosis was attached to what has happened since the middle of last year, according to the majority of voices that follow regional politics. López Obrador has also questioned that Castillo was removed on the grounds of “moral incapacity”, a concept that is extremely problematic, the so-called “anti-democratic failure of origin”. To this is added an overwhelming discredit of traditional politics in Peru, which has had six presidents in four years, almost all of them stained by scandals and corruption trials.

“The Peruvian Congress is a disaster, a calamity and deserves any criticism,” says Salazar. “And he’s no better than Castillo,” she adds. But López Obrador’s diagnosis makes it obvious that Castillo was the author of a coup d’etat, a “fault of origin” that unbalances all the positions that his government later assumed. “We all saw it on television, live and direct,” recalls the columnist. It is also ignored that, regardless of whether the Mexican president agrees or not, Congress was empowered to authorize or not such trips abroad, or to dismiss him or not after committing a serious offense, according to the Andean country’s Constitution. Castillo was being investigated by the Prosecutor’s Office, an autonomous entity. “López Obrador understands reality in black and white, and in the same way that he applies those blinders to the Mexican reality, he does so with the Peruvian reality,” says Salazar.

The press asked López Obrador last Tuesday if he recognized the Government of Dina Boluarte, the successor. “There is no recognition of any foreign government in Mexico,” he replied. The president invoked the Estrada Doctrine, the guiding axis of Mexican diplomacy for more than 90 years and which pronounces itself precisely against a foreign country recognizing the legitimacy of one government in another. Immediately afterwards, he said that Castillo was still president because “the will of the people who elected him must be respected,” paradoxically acknowledging de facto to Castle.

“It is a contradiction of the Estrada Doctrine, which he himself had invoked, because from the outset he is saying who is the president and who is not,” says Campos. López Obrador also made reference to the principle of non-intervention, but he did the opposite: he questioned the Constitution of Peru and ignored that Congress also has popular legitimacy. He is, regardless of his “ideological blinders”, the head of state and of Mexican diplomacy.

Asylum, rush and lack of coordination

“He spoke to the office so that they would notify me that he was going to the Embassy, ​​but surely his phone had already been tapped, and that he was going to request asylum, if they opened the door of the Embassy for him,” said López Obrador on December 8, one day after Castillo’s removal. The president of Mexico confirmed that there was a call between the two presidents in the midst of the chaos, but before the arrest and before the deposed president could reach the Embassy.

With that, the president discredited what Foreign Minister Ebrard said the night before. “Our ambassador was not asked for anything special. I don’t know if he had that intention, I didn’t speak to him today, it may be, but I’m not sure,” said the Foreign Minister when asked about an alleged asylum request. It would not be until the next day that the Mexican ambassador, Pablo Monroy, would go to jail to meet with Castillo and try to vent the request as soon as possible.

Asylum is granted and is viable when the person requesting it arrives at the Embassy (diplomatic asylum) after being handed over by the authorities or to the host country (territorial asylum), says Campos. “Mexico cannot go to get him out of jail to take him to its Embassy,” says the diplomat. The Government of López Obrador has ignored, incidentally, the authority of Boluarte’s interim.

The apparent lack of coordination between López Obrador and Ebrard has been reflected twice in recent days. Last week was on the topic of Peru. This week it was with Spain, when the president once again raised his tone against the Monarchy and Spanish transnationals just one day after the meeting between Ebrard and his Spanish counterpart announced in Mexico that both countries were going to relaunch their relations. While the foreign minister spoke that the meeting was “a success”, the president crossed it and returned to the charge amid claims of “arrogance”, “colonialism” and “corruption”.

“In the Foreign Ministry there are very good jurists and they would not have missed these mistakes,” says Campos. “This suggests that decisions are made in the Palace and the Foreign Ministry is rarely consulted,” he settles. The cross signals have occurred while the foreign minister works on two fronts: conducting foreign policy and building his campaign for the presidency in 2024, as do the other candidates for Morena: Claudia Sheinbaum, Adán Augusto López and Ricardo Monreal.

For Salazar, this disconnect between the president and his Cabinet is not exclusive to foreign policy. “It gives the impression that the secretaries of the different portfolios go after the president’s words to turn them into policies, the problem is that in International Relations the words are political in themselves”, he comments. This haste would be reflected on December 12 when a joint statement with the governments of Colombia, Argentina and Bolivia included the Guatemalan flag by mistake.

With regard to asylum, the parallels between the situation faced by Castillo and the one experienced by Evo Morales in Bolivia emerge. But the similarities go as far as they go. Because Evo Morales suffered the coup and did not commit it. Because the popular support for him was much clearer. Because it was the authorities themselves who handed him over to Mexico, says Campos. “I have consulted with other retired colleagues and if I am not mistaken, Mexico has never given asylum to anyone who has attempted a coup,” says the diplomat, with a 38-year career in the Foreign Ministry.

López Obrador is constantly discredited by his critics, many times accusing the myopia of insult and disqualification. Salazar does not see that any of López Obrador’s pronouncements have been gratuitous or fortuitous. “He is a very skillful politician, he knows how to play the right keys to generate these conflict scenarios in which he moves like a fish in water”, he assures. In four years, the president has attacked, among many others, against the electoral referee, the feminist movement, scientists, civil society, environmentalists and critical journalists in the most dangerous country in the world to practice their profession. The columnist sees him as a “professional debater.” “His position on Peru is also a propaganda gamble,” he says. “It is a huge missed opportunity to exercise leadership in Latin America,” Campos complements.

The truth is that the president’s eyes are on Mexican politics and that it is a message for consumption and domestic political revenue, analysts agree. The delicate thing, while López Obrador moves the pieces of his Peruvian chess, in the most questioned turn of his foreign policy, is the backdrop in Peru, where Castillo will remain in preventive detention for 18 months, where Congress is unable to set a date for the next elections and where the crisis has already resulted in at least 20 deaths. 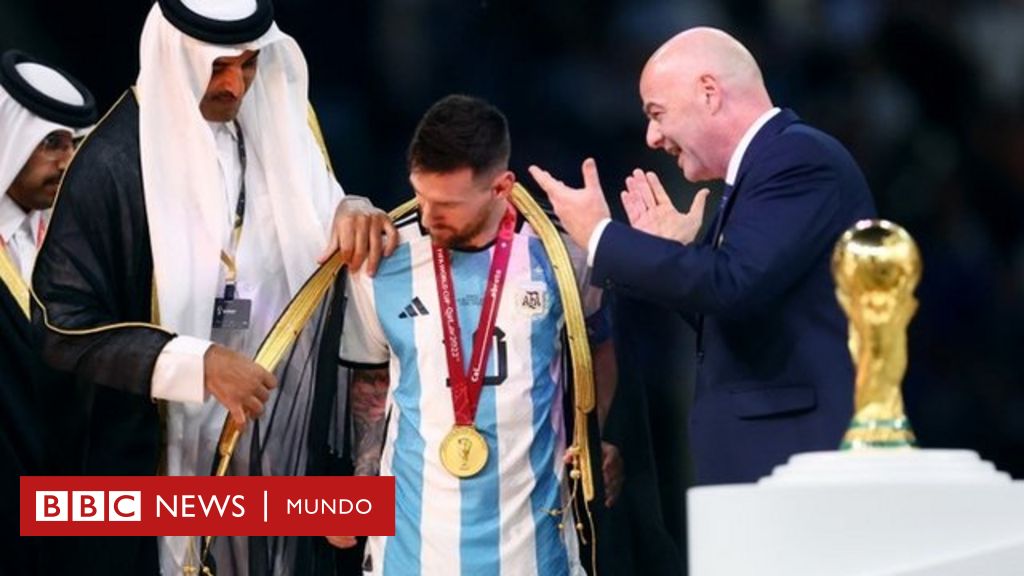 Argentina wins the World Cup: what is the bisht, the black and gold tunic with which Messi received the World Cup 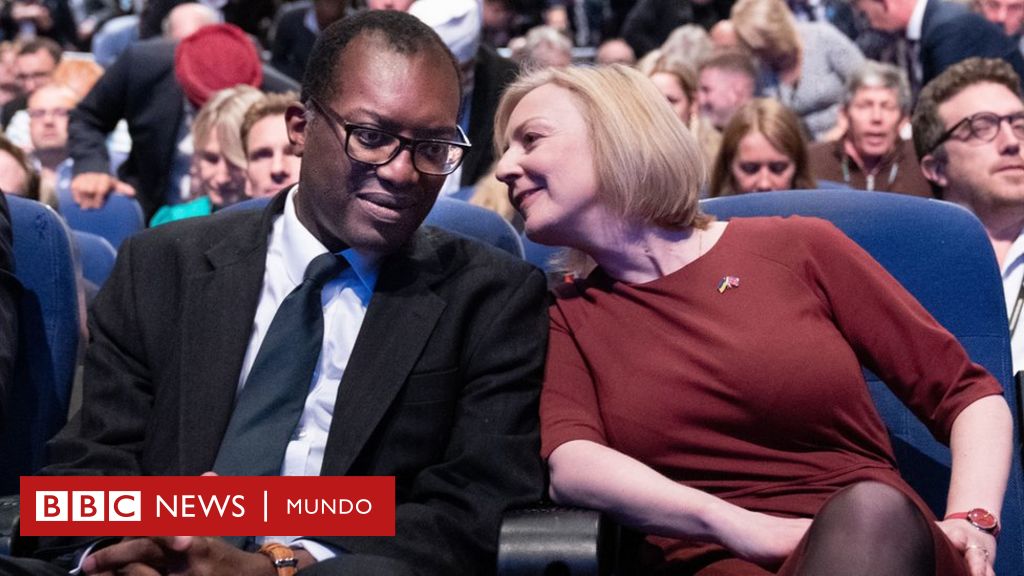