The 17 scientific societies that make up the semFYC federation, and on behalf of its 22,000 members (the largest Medical Scientific Society in the National Health System), jointly sign the following manifesto in relation to the situation that has been experienced in recent weeks in Primary Care of the Community of Madrid, aggravated in recent days with the treatment given to the negotiation committee that has staged a union lockdown at the Ministry’s headquarters to demand more negotiation.

The federation of the Spanish Society of Family and Community Medicine, semFYC, wishes to raise its voice together to support the group of specialists in Family and Community Medicine, and the rest of the Primary Care professionals of the Community of Madrid. The semFYC wishes to highlight that the group of people who make up Primary Care in this community have expressed themselves peacefully and in an organized manner in recent weeks in an admirable way.

In the same way that the Madrid Society of Family and Community Medicine already did, now it is the 17 societies that make up the semFYC who want to point out that:

For all these reasons, the entire semFYC federation wishes to express its most sincere support and gratitude to the White Tide call that is held in Madrid under the slogan ‘Without Public Health, there is no right to Health’ and invites all its members and partners and all people to defend the National Health System and Primary Care as indisputable hallmarks of our country’s identity.

Both semFYC and the group of 17 societies that are grouped in this federation consider that an evolution of the Primary Care model is not only necessary in the Community of Madrid, but also throughout the territory. For this, it will be necessary to always reach a negotiated and consensual solution with truthful proposals aimed at the quality of care and with guarantees of compliance.

How to increase survival from lung cancer?

Does your stomach hurt? Prepare yourself a wormwood tea and take advantage of its medicinal benefits 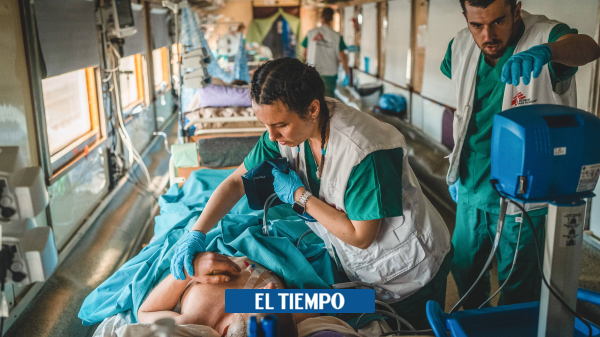 The life of a Colombian doctor in the Ukraine war – Health