What has Medicine meant to you? “It has meant everything to me. It is losing a bit but the Medicine it is a devotion. The doctor is a mixture of priest and athlete. You have to be in good shape, but you have to give yourself to others. You can’t be counting the hours and minutes to leave your job, you can’t haggle your efforts, you have to be a good colleague, know how to show solidarity, you have to have empathy, both with the rest of the estates and with the patients and their families”, responds the pediatric surgeon Carlos Bardají Pascualwhat has operated on more than 45,000 boys and girls. The College of Physicians has honored this Thursday the 75 professionals who have retired this 2022 in Navarra and four of them tell us about their experience.

“You have to learn to deal with the end of life”

Socorro Lizarraga Mansoa65 years old and from Ancín, opted for Family Medicine because “I wanted to do something to help people. I really liked my job, being able to help by putting myself in someone else’s place; a little from empathy and not from paternalism, looking more at people than at diseases”. And it is that, she points out, “many times when patients come to the consultation it is not for physical problems. Sometimes they come telling you about pain or discomfort, but in reality what is behind it is mental suffering”.

After completing the specialty, Lizarraga spent almost 15 years in Huarte and, after another period of 2 years in Sangüesa, he ended up in Berriozar, where he practiced for 15 years until his retirement last June. “I have been the director of the health center for several years. It touched me when the covid-19 and it was horrible ”he confesses, referring to the continuous changes in protocol.

The pandemicas he continues, caused a “overload that has been borne with an overexertion of all health personnel –Medicine, Nursing, Social Work and Administration– that then sometimes has not been rewarded “. However, he clarifies that “it is not about being congratulated or I don’t know what, but about having had some details such as allowing more licenses, some more permits…”. In fact, she regrets that “I am very sorry for the disappointment I see and the work overload”, which means that “companions who are very motivated with the Primary school now end up so tired that it is very difficult to ask them for more things, to demand more from them”.

Instead, One of the greatest satisfactions that this job has given her has been “being able to provide good care at the end of life.” “It is a field that they do not teach you. When I did the specialty, you didn’t even go through Palliatives, but you start working in a town and you also have these processes. To do it well, he decided to train and, later, he began to give workshops to colleagues, work that will continue after his retirement.. And, in this “good attention to death”, he maintains that “being able to have the Euthanasia Law seems to me one more point”.

“The Primary is in a difficult situation”

the andolense Carmen Fuertes Goñi, a 65-year-old family doctor, explains that “we are specialists in people, in families, and the truth is that it is very satisfying to accompany people, to try to heal and, if it is not possible, to accompany them.” After finishing her specialty in 1985, she joined the Chantrea health center, where she has been “30 years, apart from 4 years that I was coordinating the residents and organizing the teaching a bit.”

In 2016 he was asked to collaborate in the Navarra Health Plan and when it ended, in 2020, the rector of the Public University of Navarra (UPNA) “he asked me if I could help in the assembly of Medicine and that is where I have spent my last years”. A task that “has been like a dream”confess. “I have dedicated myself above all to the organization of what is the training of students,” he explains, wanting to transmit a “more humanistic approach, of integral and personalized medicine”.

From now on, Dr. Fuertes will collaborate with the UPNA as a visiting professor, as well as with the association for the defense of public health to which she belongs and with other entities. Regarding the current situation of Primary Care, she sees it as “very difficult”. After indicating that before the covid-19 she “needed a major reform”, she affirms that The pandemic “has been a blow and I think that now it is really in a very complicated situation, very weak and in need of both financial and personal resources”, so that “it is necessary to invest and give it a spin; It is the challenge that remains for the new generations”.

Fermin Castiella Lafuentea 66-year-old from Pamplona, ​​has dedicated himself to management of health promotion and prevention programs in the foral administration. “There is always talk that prevention is better than cure; well, we are in the best part”, illustrates this specialist in Preventive Medicine and Public Health, who has worked as coordinator of the AIDS programas director of the Provincial Drug Dependency Planas deputy director of the Navarra Agency for Dependency and, for the last 4 years, in the aging strategy of the Institute of Public Health.

Among the greatest satisfactions of his career, he highlights “the possibility we had of creating with the Drug Dependency Plan a community work structure with broad participation of professionals from local entities and non-governmental organizations. A very powerful network that has been very important in addressing a phenomenon as complex as drug use”. Thus, although he makes a “positive” balance of his work activity, he recognizes that thorns always remain. “I would have liked to address more the issue of alcohol and, above all, that of tobacco“, whose Consumption “is a public health problem of the first order and you have to pay real attention to it”.

“The doctor is a mixture of priest and athlete”

After 44 years in the profession, pediatric surgeon Carlos Bardají Pascual retired in the summer at the age of 68, of which he has served as head of service in different hospitals for the last 32 years. “I ended up in Pamplona, ​​which is where I started as an associate”, he says.

After highlighting the “spectacular” advances that have been recorded in these years due to the advent of new technologies, he defends the importance of knowing how to do a good exploration. “Today, the young doctor has substituted examination and interrogation by putting a cross on a piece of paper so that someone can tell him what the patient has, and this is unfortunate,” he criticizes. For this reason, I would tell the new generations “to come with me to Africa because there you have to diagnose without means and whoever comes with me learns a lot.”

However, this doctor born in Barcelona has been doing cooperation for about 25 years, He has his own NGO and two days ago he returned from his last campaign in Senegal in which he operated on 80 minors.. “My purpose is to expand the project and reach more places. Now we have four bases in Senegal and Gambia and my idea is to get more volunteers and be able to open a base in Guinea Bissau and another in the Democratic Republic of Congo”.

Satisfied because “I have not wasted time”, go “very bad” the situation of the Navarrese health system, so it is urgent to “manage well”. And finally, he demands that recent graduates “be ruled by the heart, not the head; one cannot be a mercantilist, one cannot haggle efforts. You have to remain a monk dedicated to Medicine”. 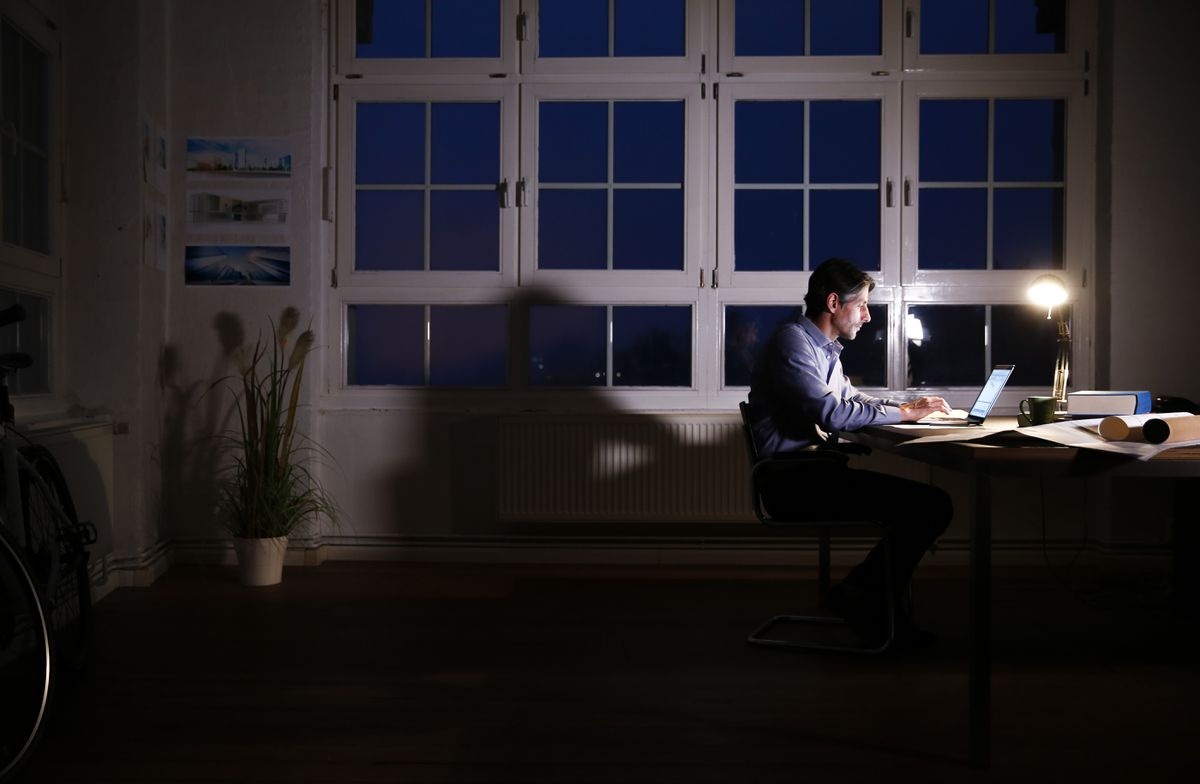 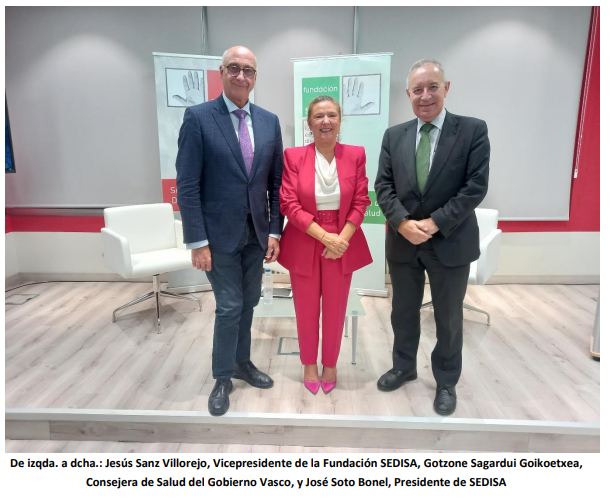 “Value must have well-being as its objective” 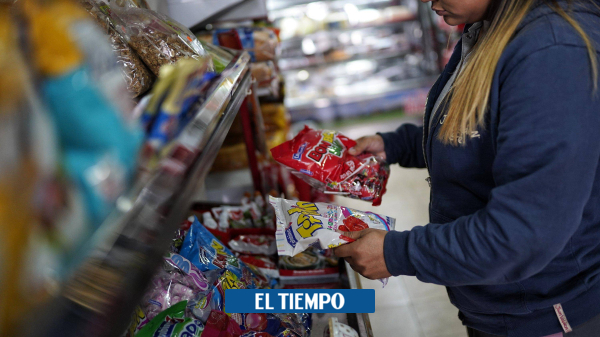 Ultra-processed: eradicate them to protect lives and well-being – Health