In the midst of the Spanish Civil War, between 1938 and 1939, the head of the psychiatric services of Franco’s army, Antonio Vallejo Nájera, published several reports in the Spanish Journal of War Medicine and Surgery explaining the root of communist fanaticism. As one more tool of the war effort, the doctor searched among prisoners of war for physical or mental defects that can lead a person to Marxism and concluded that the enemies of the homeland were the least intelligent people in society. Those “scientific results” served to strip them of their humanity.

A few years later, in 1959, Nikita Khrushchev defined the crime in a speech before the Union of Soviet Writers as “a deviation from the norms of behavior generally accepted in society, often caused by mental disorders.” The communist regime used psychiatric diagnoses for decades as a tool to lock up dissidents. One of the most widely used diagnoses for this purpose was “slow schizophrenia,” a type of illness proposed by psychiatrist Andrei Snezhnevsky that could be applied before any symptoms appeared.

“Mental health professionals, psychiatrists, have the mandate to determine if an idea, behavior or emotion are normal, there it is nothing,” says Francisco Collazos, head of the Transcultural Psychiatry program at Vall dHebron, in Barcelona. “And without being able to make an objective evaluation with a biological marker, it falls on the professional’s interpretation of what is normal or abnormal for him,” he adds. “At the time, psychiatry participated as a normalizing force at the service of totalitarian powers, but we are in a different scenario,” he says.

Psychiatry tries to alleviate or cure mental illness, but it has always had more difficulty than other medical disciplines with defining diseases, their origins, and their solutions. “The fact that with some frequency a new DSM appears [el manual de referencia para clasificar los trastornos psiquiátricos] it means that we are not sure what mental illnesses are and that is where the problem lies”, says the psychobiologist Ignacio Morgado. Beliefs or ideology, which are a way of rationalizing what our guts tell us about how the world should be, have a great influence on psychiatrists. Politicians of all kinds have resorted to these professionals to justify their decisions and social changes have modified the way of understanding psychiatric illness and the way of treating it.

Faced with the figure of the psychiatrist as an authority, who says who is healthy and who is not, and why, Collazos explains that this paternalistic and hierarchical relationship is now avoided in order to give power to the patient. “It is necessary to be aware that people interpret life with very different values, due to their cultural or ideological belonging, and we have to put our prejudices to the test, what we consider normal, to work taking into account the point of view of those who come to the consultation, ”he says. As an example of this hierarchical vision of the past, Collazos recalls a woman with anxiety and depression who was told that her symptoms would improve when she got married. The psychiatrist, who practically recommended marriage as therapy, blamed her ailments on hysteria, an outdated diagnosis that unfulfilled sexual desire caused a disease with all kinds of symptoms.

On the existence of a left- or right-wing psychiatry today, several experts agree that there are ways of understanding mental health, its causes, its solutions and the role that the State should play in all of this that do have an ideological background. “There are two very different ways of understanding mental suffering. The biologist model understands that what happens to the patient is inside their brain and that it assumes that if we reached sufficient scientific and technical knowledge about the mechanisms that do not work and the way to repair them, with drugs or therapy, the disease would be eliminated. . And there is a community idea of ​​psychiatry for which psychological suffering has more to do with what happens to a person in their life, with their subjective experiences, with the society in which they live and the historical moment”, explains Marta Carmona, member of the board of directors of the Spanish Association of Neuropsychiatry.

For this second group, which in a somewhat simplistic classification could be identified with the left, drugs can be used to achieve symptomatic and momentary relief from mental suffering, but the long-term solution involves understanding the patient’s experience and what happens to him in his life to make him feel bad. To help him, it would be necessary to improve his working and living conditions, and reinforce the social and affective support within a community in which he can participate. “I use drugs, but not because they go to the cause, solving a problem in the brain, but because they produce symptomatic relief that at that moment induces in the subject a sensation that is beneficial”, explains Carmona. Those responsible for improving long-term mental health, according to this approach, would be much more policy makers than neuroscientists and creators of pharmacological or therapeutic innovations.

José Luis Carrasco, professor of psychiatry at the Complutense University, considers that “there should not be a left-wing or right-wing psychiatry.” “Psychiatry has its referents in psychopathology and neuroscience, just as other specialties have it in the pathophysiology of the organs they study. There are objective or scientific references ”, he continues. “Another thing is that there are left or right psychiatrists who try to introduce their own values ​​when talking about psychiatry. A psychiatrist can have an opinion on the socioeconomic system at the individual level, but not as a psychiatrist, ”he adds. “This does not mean that to treat a patient we do not have to take into account the social conditions in which he lives, the events of her life and what influence they may have on the appearance of the disease”, he continues. “Both the psychiatrists who omit the conditions of biological and social vulnerability are doing a malpractice”, he stresses.

Between biological determinism and the explanation of any psychiatric disorder through experience and the social, Carrasco believes that generalization can only be made from a great ideological bias, and recalls how the evolution of society has changed the manifestation of Mental illness. “There are more frequent diagnoses in men than in women. Alcoholism, for example, was more frequent in men, but that is already changing due to the evolution of society. Depressive or personality disorders, which could have to do with social and economic position, used to be more frequent in women, but this is also changing. Before, a man with a personality disorder, which was more associated with the way women manage emotions and deal with their identity problems, instead of telling a psychiatrist, would still express it with addiction to alcohol or drugs. Something similar happens with depression, which could later end in suicide, much more frequent among men, because they were less diagnosed. By getting off the bandwagon of dominance and power, all that is changing, ”he exemplifies.

However, there are disorders such as schizophrenia, more frequent among men, in which the differences are more biological. As stated in EL PAÍS by psychiatrist Guillermo Lahera, between two genetically identical twins, if one has schizophrenia, the other has a 45% chance of suffering from it. In addition to the genetic risk, identical twins usually share the social environment, in which the triggering factors of the disease should be found, but between twins that come from the same mother, but from different eggs, the concordance drops to 12%.

In the history of psychiatry there are two orientations that are not antagonistic, but have been in conflict: a more biological one, represented by a more academic discourse, more interested in the study of neurosciences and with representatives in large hospitals and universities, and one more focused on the social and the community, which does not despise pharmacological treatments, but gives more weight to psychotherapy and the analysis of the personal and social environment. “The anti-psychiatric people said that society makes fools, and it is possible that that punch on the table was necessary, but insisting that mental disorders are only in the social environment and justifying the presence of psychosis or bipolar disorders there is exaggerated”, says Collazos. I think the speeches [de izquierdas y derechas] they can complement each other, although we have to be clear that the mental disorder exists and that it has to do with the functional impact on the person”, he continues. “Mental health policies where the very concept of mental disorder is blurred and we talk about emotional well-being and mental health as if they were synonymous and that with an improvement in social circumstances you will improve mental disorders is confusing,” he concludes.

As often happens with ideological confrontations, the objective is the same, although the means are different. One of the points of greatest differentiation, according to Carmona, is that of the involuntary admissions of very seriously ill patients. To his right, Carrasco states that “no one wants to involuntarily enter a patient, but if they are harming themselves or another person, it should be done for the shortest time possible.” On the other hand, Carmona believes that the involuntary entry of a person with a serious disorder, “even if they have not committed any crime, cannot be the normal way of functioning.” “Involuntariness is something to avoid, it has to be something punctual, and you should bet on putting more social resources to help the person instead of using physical or pharmacological coercion”, he states.

Psychiatrists like Lahera demand an understanding between the different positions, with “more interdisciplinary projects that weave together the biological, psychological and social substrate of mental illness” and in which “tribal wars will give way to the constructive contribution of each discipline and each look ”. His vision is optimistic and not only appeals to the necessary understanding among doctors, because psychiatry will continue to be a political weapon. At present, psychiatry is not used to lock up ideological opponents, but the disqualification of opponents by blaming them for mental problems is common. It has been said of Isabel Díaz Ayuso that she is the IDA president, of the Spanish president Pedro Sánchez who is a psychopath and of the Mexican Andrés Manuel López Obrador who is a madman.

In Everyone says I love you, by Woody Allen, Scott, one of the characters, is the only Republican in a family of staunch Democrats. Scott’s political views cause great distress to his father, who is relieved when it is discovered that his son’s judgment was clouded by a thrombus in his brain. “As soon as his brain began to function properly, Scott withdrew from the Republican Youth and began to support a leftist philosophy,” the narrator recounts. For many, psychiatric explanations will continue to be more palatable than assuming that intelligent, well-meaning people believe in solutions other than our preferred ones to the same social challenges. 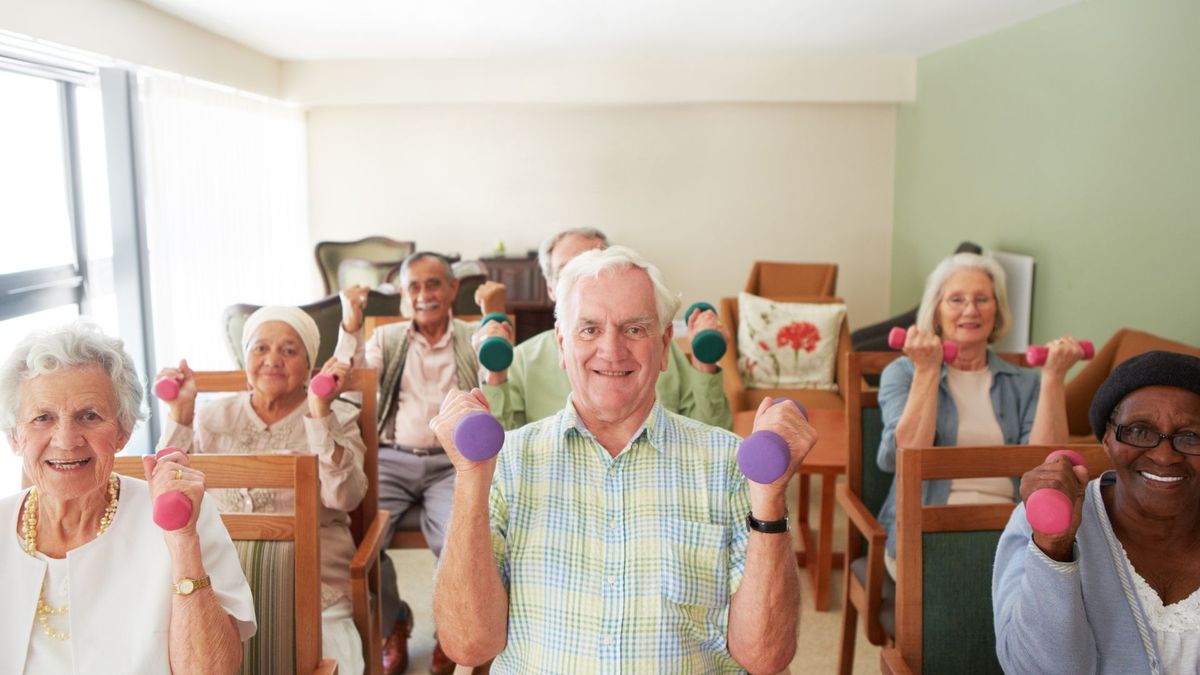 climb the mountain of wellness 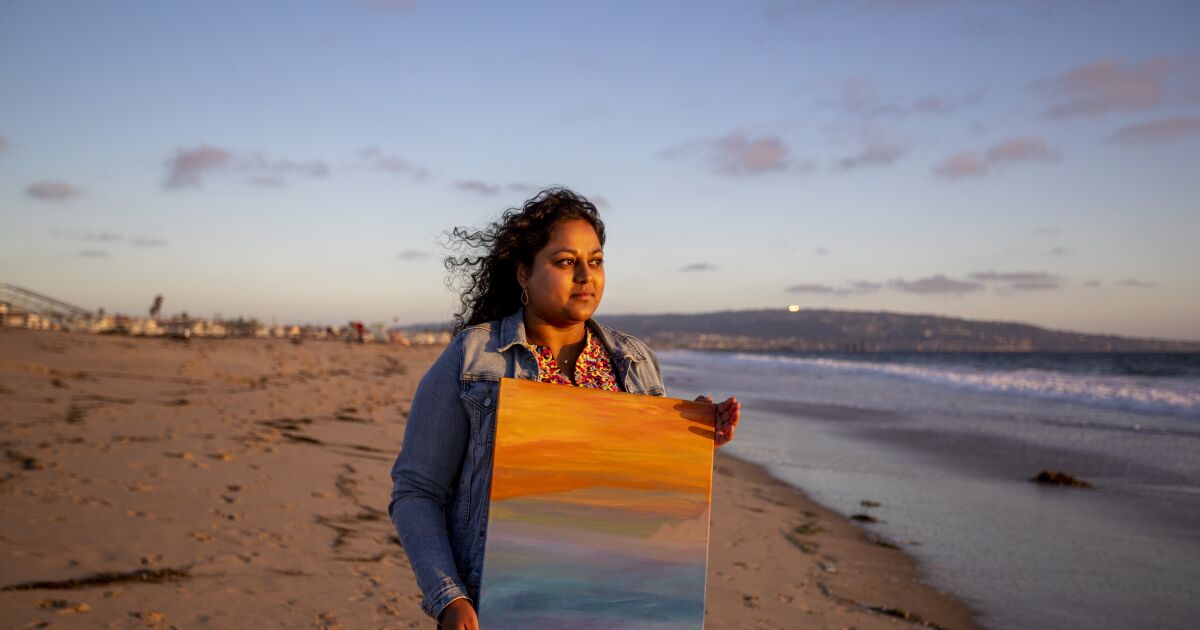 The mental health effects of living with long-term COVID

Study: Medicine for obesity in adults, hope for adolescents 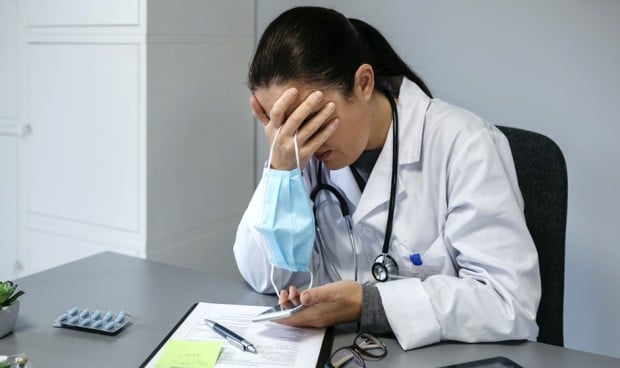 Sick doctors at work: how often does it happen?