(CNN) — As Colorado Springs residents and leaders embrace the 25 injured and other survivors of the Colorado Springs Club Q shooting, the families of the five fatalities remember their lives and the emptiness they leave. Colorado Springs police released the names of the victims of the mass shooting Monday.

Saturday night’s attack could have been worse if it weren’t for the heroes who subdued the attacker. But that bravery didn’t come in time to save everyone. Colorado Springs Police Department Chief Adrián Vásquez offered a moment of silence in honor of the five people who died during the shooting and released their names during a press conference Monday.

The information was also provided by the Colorado Springs Police Department. On twitter:

Vasquez said society often loses track of victims when it focuses on the suspect in the crime. The police chief called for “everyone in the community to honor each victim.”

CNN previously identified two of them as bartender Derrick Rump and his supervisor Daniel Aston.

Derrick Rump found a community he loved at Club Q, his sister said.

Aston’s parents also confirmed his identity to a Denver newspaper, while Rump’s sister, Julia Kissling, confirmed the identity to CNN and one of its affiliates.

“These two were polar opposites in many ways, but they worked so well together. They were just amazing, and every bar should have a Daniel and a Derrick,” Tiara Kelley, who showed up at the club the night before the shooting, told CNN. .

Rump had “found a community of people that he loved very much, and he felt like he could shine there, and he did,” Kissling told CNN affiliate WFMZ. “He made a difference to so many people’s lives, and that’s where he wanted to be,” she added.

Bartender Michael Anderson saw the gunman and ducked behind the bar where he and Aston were working as glass fell around them, he told CNN on Monday. He thought he was going to die, said a prayer and as he moved to escape the scene, he saw two people he didn’t know punching and kicking the attacker, he said.

Derrick Rump, left, and Daniel Aston worked at Club Q, according to their relatives.

Anderson was devastated to learn later that Aston had not made it out of the bar, which the Colorado Springs LGBTQ community considered a safe space.

Aston, 28, was a bar supervisor at Club Q, said Anderson, who had known Aston for a few years and considered him a friend.

Daniel Aston “had so much more life to give to us, to all his friends and to himself,” his mother told a newspaper. (Credit: Jess Dawn/Facebook)

“He was the best supervisor anyone could have asked for. It made me want to work and it made me want to be a part of the positive culture that we were trying to create there,” Anderson said.

He added that Aston was an “incredible person. He was a light in my life and it’s surreal that we’re even talking about him in the past tense like this.”

Aston moved to Colorado Springs two years ago to be closer to her mother and father, parents Jeff and Sabrina Aston told The Denver Post. The club was a few minutes from his house, and after one of Daniel’s friends told them that he had been shot, they rushed to the emergency room, only to discover that he had never shown up.

Daniel Aston was 4 when he told his mother he was a boy, and it was another decade before he came out as transgender, his mother told the newspaper. He thought he was shy, but that wasn’t the case, she said. He never met a stranger, not even when he was a child.

“He had a lot more life to give to us, to all his friends and to himself,” he told The Post.

“He always said, ‘I’m shy,’ but he wasn’t. He wrote poetry. He loved to dress up. He got into drama workshop in high school. He is an artist. That’s what he really loved.”

The husband of Colorado Springs shooting victim Ashley Paugh said she was his high school sweetheart, describing her as a loving wife and amazing mother.

“We are absolutely devastated by the loss of Ashley. She meant the world to this family, and we can’t even begin to understand what it will mean to not have her in our lives,” Kurt Paugh said in a statement.

She worked with Kids Crossing, a nonprofit that helps find loving homes for foster children, her husband wrote.

“She would do anything for the children – traveling throughout southeastern Colorado, from Pueblo and Colorado Springs to Fremont County and the Colorado border, working to raise awareness and encourage individuals and families to become adoptive parents of children in our community,” he said.

Paugh said his wife also worked with the LGBTQ community to find shelters for the children.

“Over the holidays, Ashley organized tree donations and gave them to businesses so the foster kids could have a brighter holiday and, in fact, she was organizing tree donations even this past week, touring Pueblo and Colorado Springs. “, wrote.

He said he loved being outdoors and enjoyed hunting, fishing, and riding four-wheelers.

“Ashley was a loving wife, she was my high school sweetheart, and she was just an amazing mom. Her daughter was the whole world of hers and she was very proud of Ryleigh, who is a championship swimmer. She loved her dad, her sister, and her family. Ashley was a loving aunt, with many nieces and nephews who are devastated by the loss of her,” she wrote.

Paugh said that the family “is not in a place where we can participate in interviews” and asked the media to respect their privacy.

Another victim of the Colorado Springs LGBTQ nightclub shooting, Raymond Green Vance, was having dinner with Richard M. Fierro, the man who subdued the alleged shooter, according to a Facebook post by his wife Jessica Fierro.

“I have struggled with how to address the horrible series of events that have occurred,” Fierro wrote in a Facebook post. “We went to @clubqcoloradosprings to celebrate another dear friend’s birthday. Unfortunately, we were all there when the shooter walked in.”

Fierro said it was “terrifying” and that his best friends were shot multiple times.

He goes on to describe the injury to his daughter and Raymond’s girlfriend, Kassy Fierro.

“Kassy broke her knee while running for cover. Our best friends were shot multiple times. I hurt the right side of my body and Rich hurt both hands, knees and ankles when he stopped the attacker. I was covered in blood.” wrote Fierro.

“It is with all our sorrow and heartbreak that we lost Raymond, who had been a part of our lives since our daughter was in high school. Raymond was Kassy’s boyfriend. We are going to miss him and his bright smile very much,” added Fierro. “We are going through a lot of emotions as a family and as a brewery.”

Raymond Green Vance, 22, was visiting the club for the first time with his longtime girlfriend, her parents and some of her parents’ friends, her family said in a statement provided to CNN.

They were celebrating a birthday, according to the statement.

“Unfortunately, he never left the club. Raymond was the victim of a man who unleashed terror on innocent people with family and friends,” the statement said. “His own family and friends of his are completely devastated by the sudden loss of a son, grandson, brother, nephew and cousin loved by so many.”

The statement said that Vance supported the LGBTQ community. According to the statement, Raymond “is not himself a member.”

Vance had just landed a new job at a FedEx distribution center in Colorado Springs and “was thrilled to have received his first paycheck.”

“He couldn’t wait to save enough money to get his own apartment, but in the meantime he lived with his adoring mother and younger brother,” the statement said.

Family members were not named in the statement.

“Raymond was a kind and selfless young adult with his whole life ahead of him. His closest friend of his describes him as talented, one of a kind, and willing to go out of his way to help anyone,” the statement read.

He spent most of his free time with his girlfriend, whom he had been with since high school. He also played video games and hoped to turn that into an online career, according to the statement.

“My condolences go out to all the families who lost someone in this tragic event and to all who are struggling to be accepted in this world. My sister was a good person. She was loving, caring and sweet. They all loved her. Kelly was a wonderful person,” Tiffany Loving said in the statement to CNN.

CNN’s Don Lemon and Amanda Watts contributed to this report. 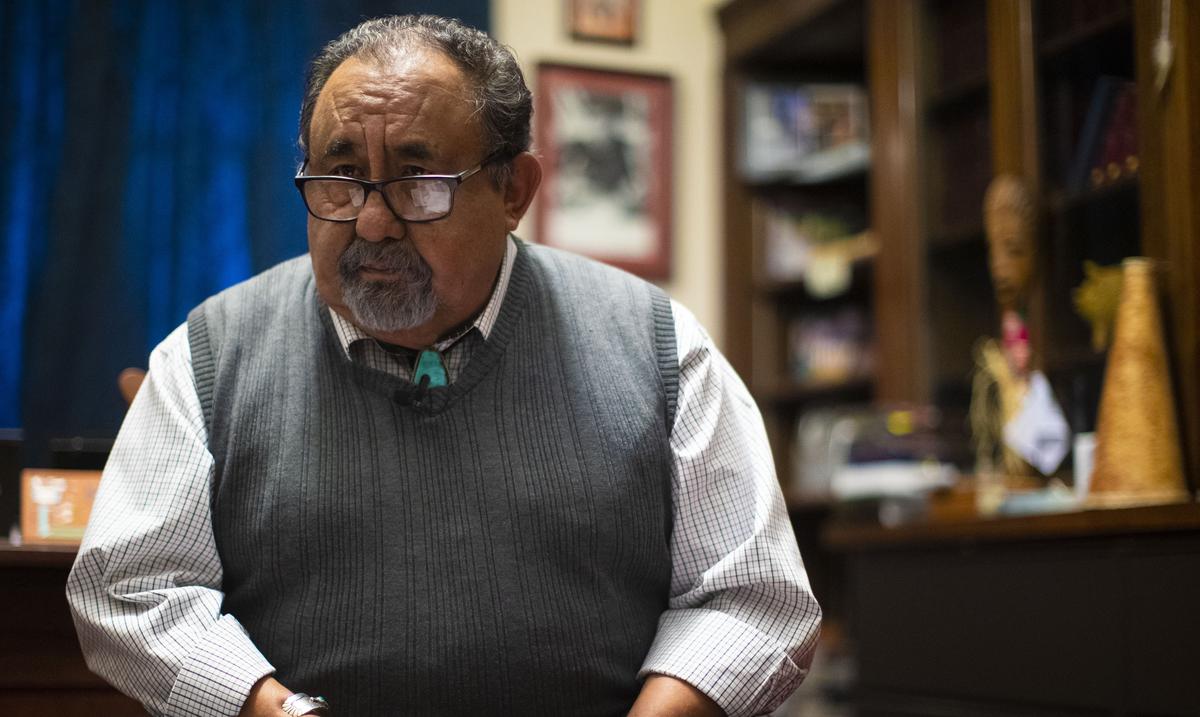 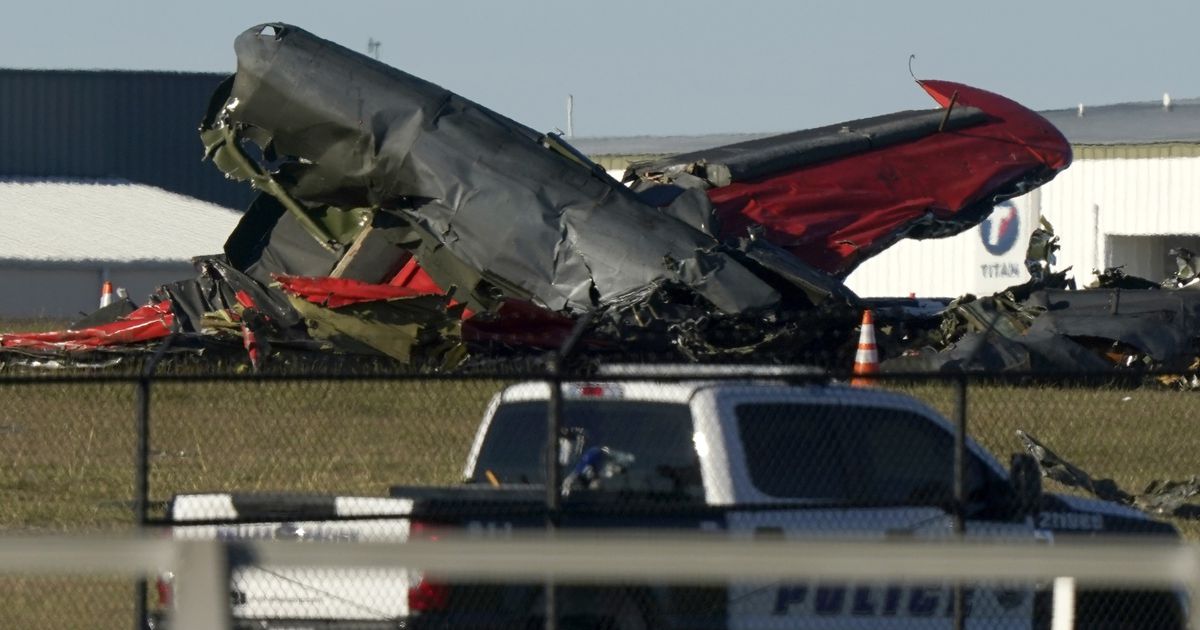 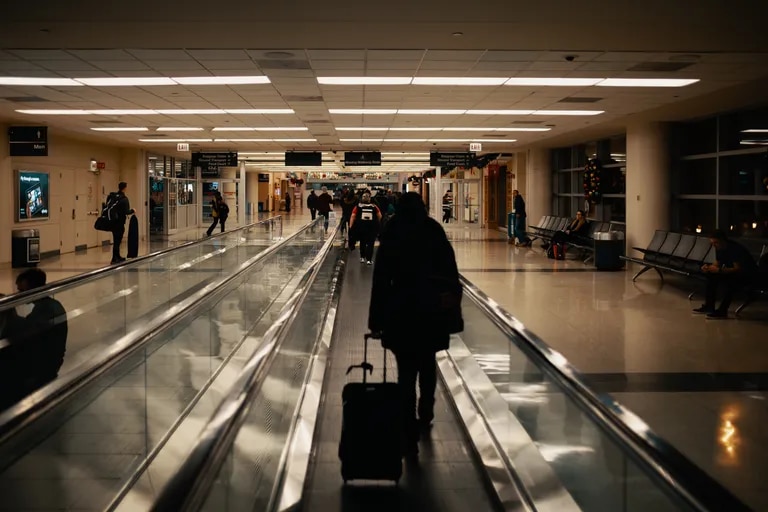