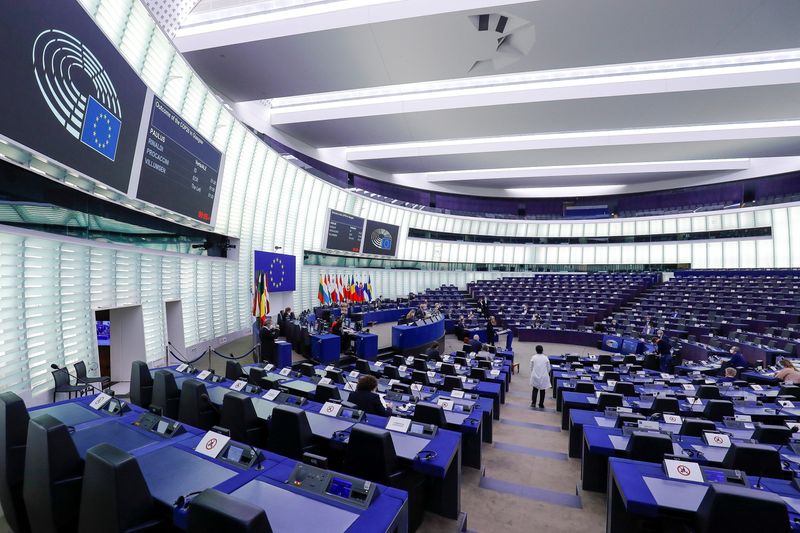 Since the start of the Russian invasion of Ukraine on February 24, President Volodimir Zelensky has been asking the international community Designate Russia as a state sponsor of terrorism. While the war persists on Ukrainian soil, a project is advancing in the European Parliament to include Moscow on that list.

“After four hours of negotiations between the political groups of the EP (European Parliament), an agreement was reached on the text,” said the MEP Andrius Kubilius.

In their presentation, the MEPs listed a long list of human rights violations perpetrated by “Putin’s ruthless dictatorship”. As they indicated, since he came to power, the head of the Kremlin “promoted, financed and carried out acts of terrorism against political opponents and national States.”

In this sense, they condemned the persecution against journalists, politicians, activists and foreign leaders. They also recalled Russia’s invasion of Georgia (2008) and the annexations of Ukrainian regions in 2014, including Crimea, Donetsk and Lugansk, and their participation in wars such as Syria. In all these mobilizations, Putin’s troops had the civilian population as their main target.

They also condemned their support for “brutal regimes” around the world, such as North Korea, Iran, Cuba, Nicaragua and Eritrea; and the use of mercenaries, such as the Wagner Group, to “spread terror” globally and “advance the foreign policy objectives of the Russian Federation, including in Ukraine, Syria, Sudan, Mali, the Central African Republic, Mozambique and Libya, where they have created insecurity and incited violence against innocent civilians, including confirmed cases of torture and executions.” 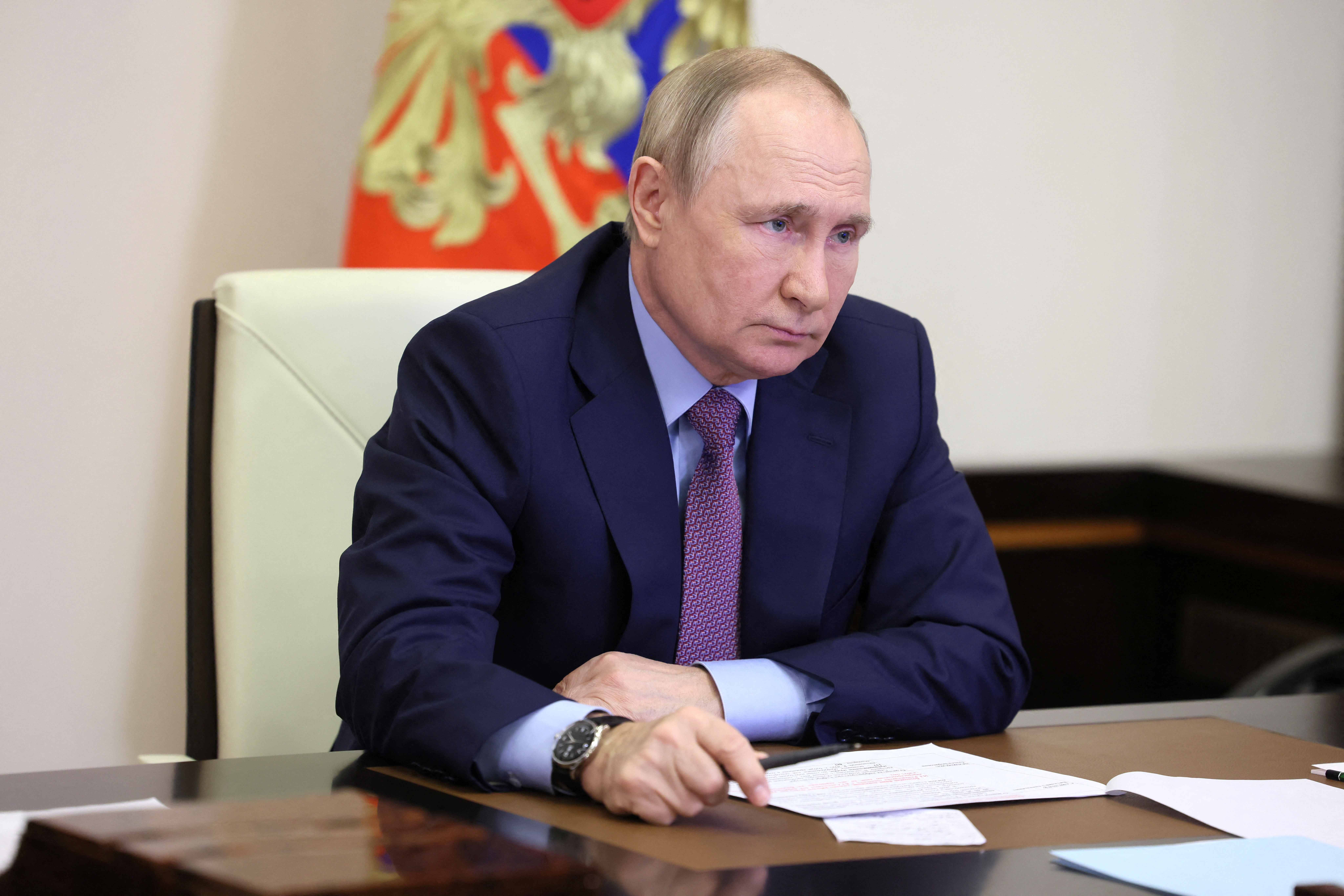 Members of the European Parliament also blamed the Russian Federation for the downing of Malaysian Airlines Flight 17 in February 2014, which killed all 298 passengers and crew; and the crash of Polish Air Force Flight 101 in Smolensk, Russia, in April 2010.

Regarding the current invasion of Ukraine, MEPs indicated that since February 24, the invading troops used more than 4,000 missiles and bombarded the Ukrainian territory more than 24,000 times, “destroying tens of thousands of civilian objects and 40% of the country’s critical energy infrastructure.”

The parliamentarians added that the top commanders of the Russian armed forces planned and ordered “numerous war crimes and crimes against humanity, including extrajudicial killings, kidnappings, sexual violence, torture and other atrocities, and that they have been committed both in the territories recently occupied and formerly occupied, including the Ukrainian regions of Kyiv (Bucha, Irpin, Borodyanka and Hostomel), Chernihiv, Sumy and Kharkiv”.

The brutal invasion has so far caused thousands of deaths, millions of Ukrainian refugees and displaced persons, and a severe humanitarian crisis that no longer only affects kyiv, but also third countries.

According to the European Parliament, “these actions are carried out exclusively with terrorist intent, are orchestrated by the Putin regime using the existing state machinery in the Russian Federation and are carried out through regular and irregular military structures in which People with criminal pasts and foreign mercenaries participate.” 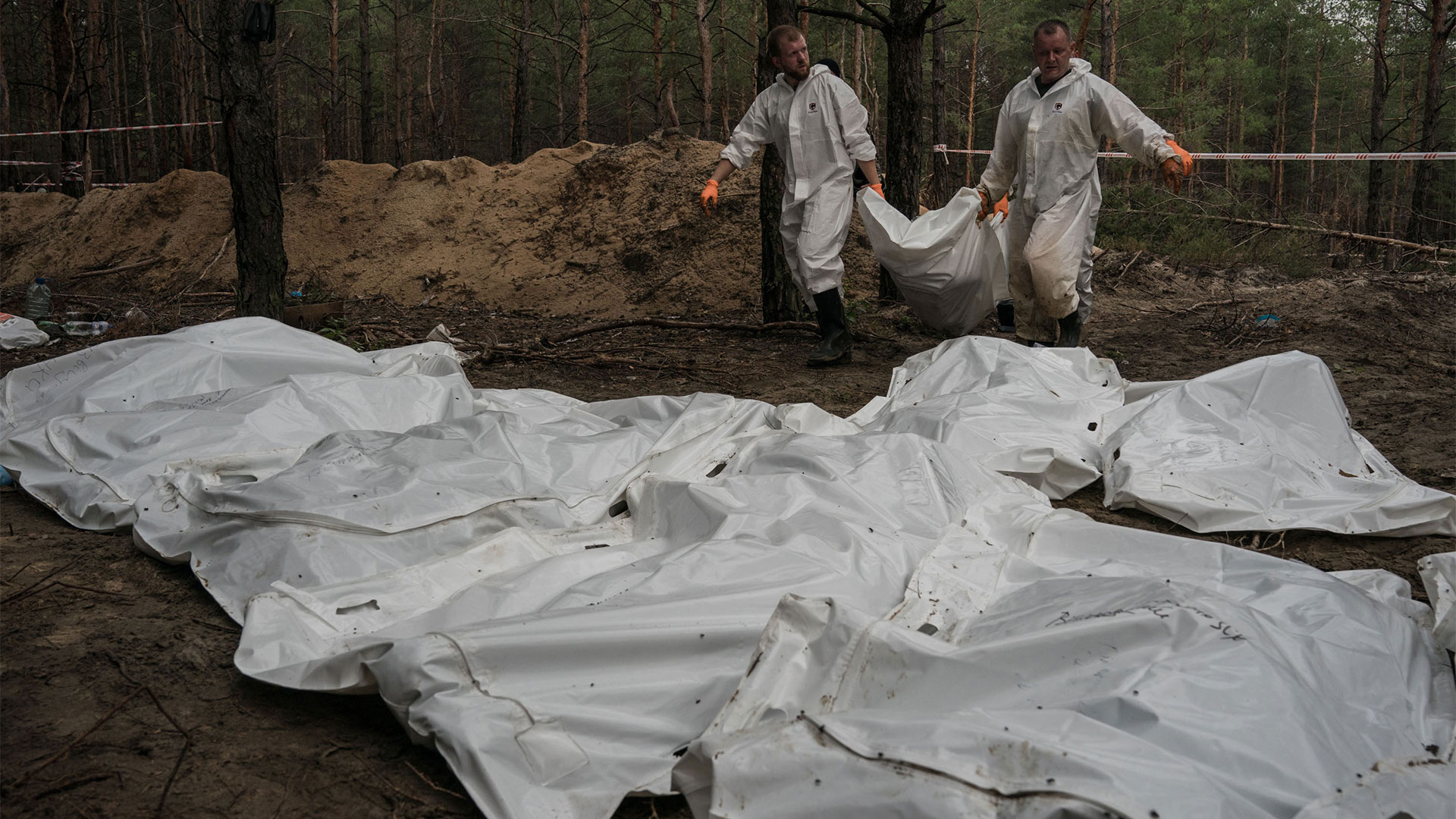 “The terror of the Putin regime is directed not only against the Ukrainian state and people, but also against the EU and the entire civilized world.; considering that, at the present moment, Putin’s state machine has already crossed the line of sponsoring terrorism and has become a de facto full-fledged terrorist organization that tries to impose its totalitarian ideology on the world through violent methods”, it adds the text of the proposed resolution.

The MEPs also recalled the request made by President Zelensky on March 17 of this year, when he asked the international community to recognize the Russian Federation as a terrorist state.

Last September, US Senators Lindsey Graham and Richard Blumenthal, from the Republican Party and the Democratic Party, respectively, introduced a bill to include Moscow on that list.

In August the Latvian Parliament declared Russia What “state sponsor of terrorism”, considering that his actions in Ukraine constituted “a genocide” against the Ukrainian people. In his statement, He called on other countries to express themselves in the same sense.

The designation of Russia as a state sponsor of terrorism became one of kyiv’s main claims to the international community. This is one of the most forceful diplomatic declarations and one that entails sanctions and the cutting of bilateral relations, which implies the complicated task of completely isolating a country of such size.

New shelling by Russian troops in Ukraine left more than 10 million people without electricity
Almost nine months after the invasion, what are Vladimir Putin’s ambitions in Ukraine?
The United States and Ukraine reaffirmed that Russia is ultimately responsible for the missile explosion in Poland 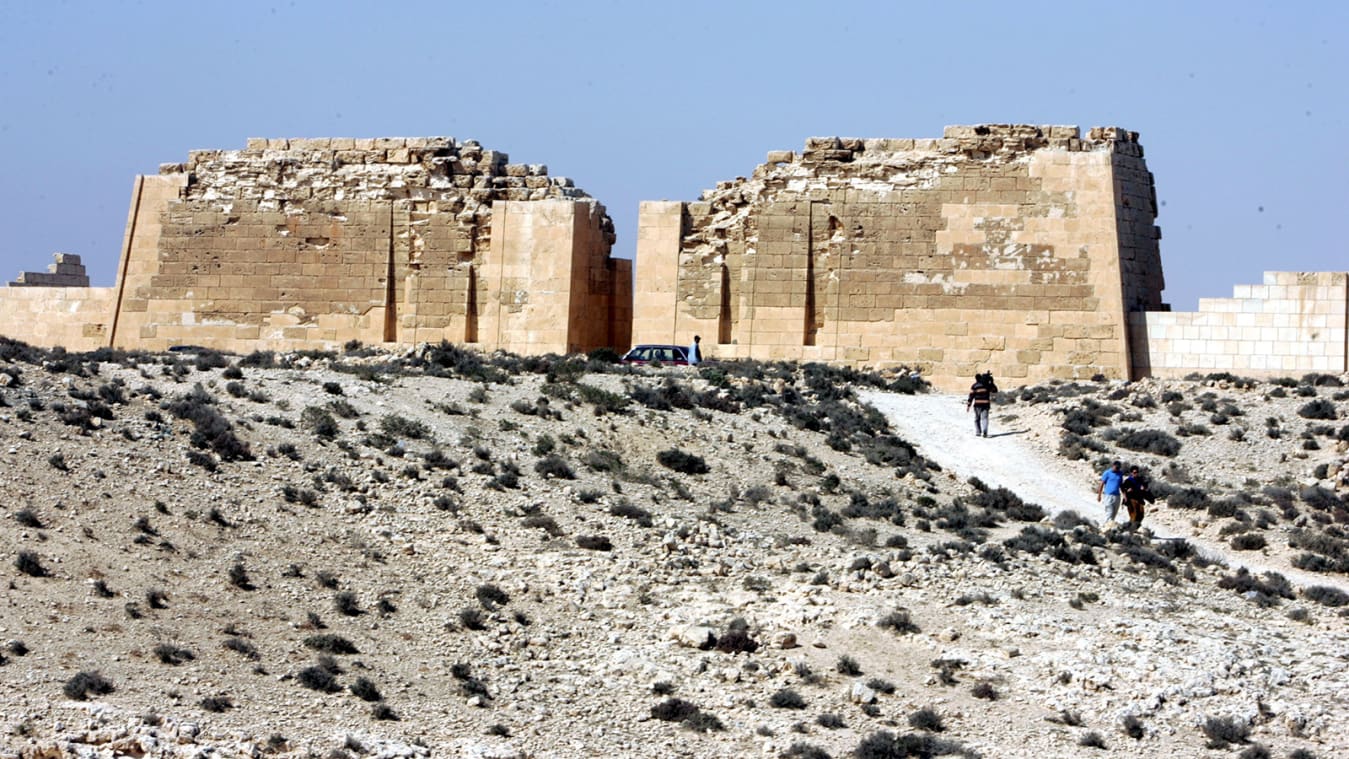 The submarine cable that connects the Dominican Republic to the Internet 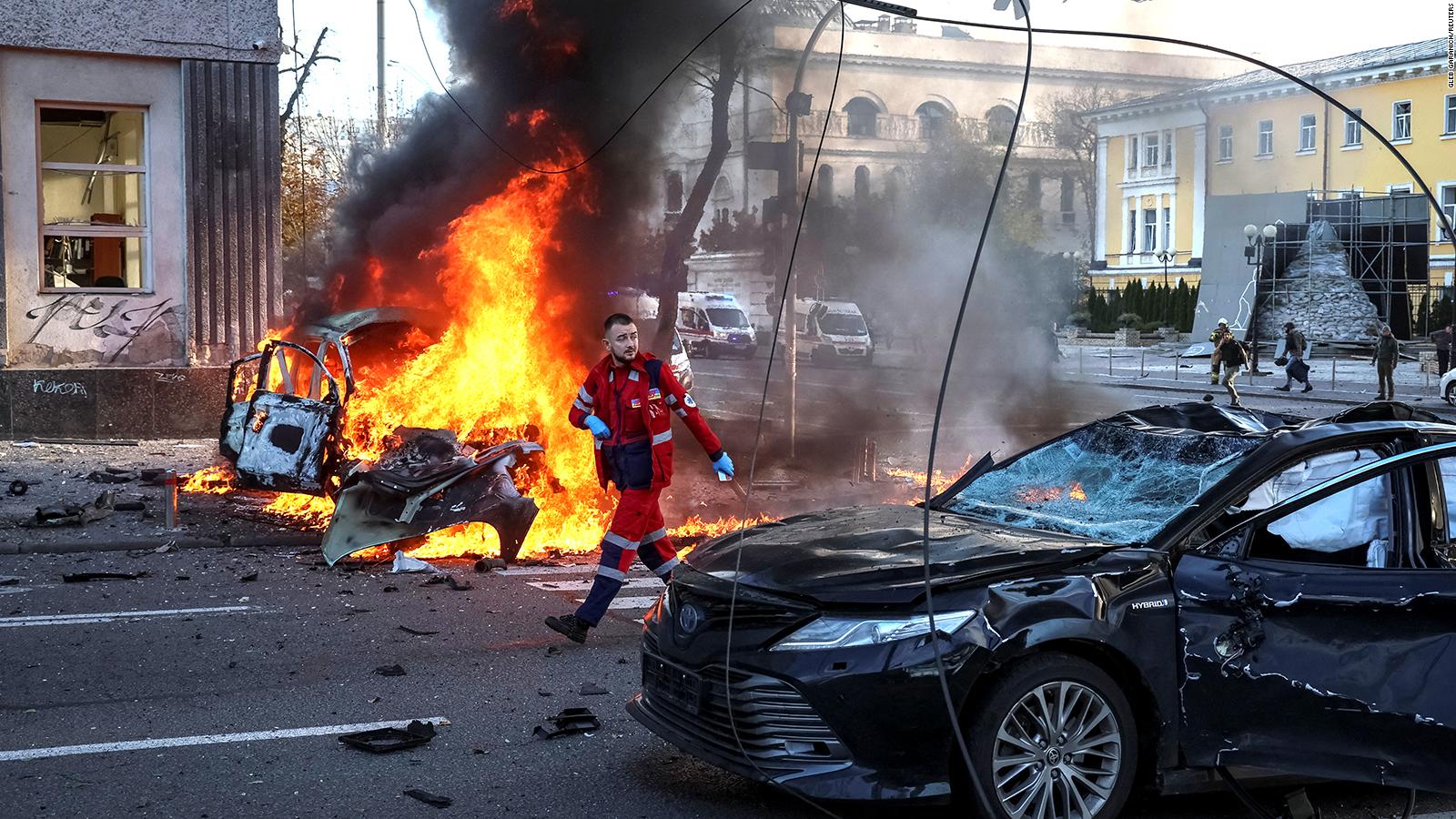