The pandemic highlighted, even more, the alarming lack of medical professionals in our country. A problem already announced a few years ago. And that can get worse if no action is taken. But with foundation. It was seen coming. Several studies announced it. As life expectancy increased, in the future more health personnel would be needed in Spain. But access to medical studies continued to be put on the brakes, especially by some deans of faculties with the “resignation” of their rectors, fearful of publicly contradicting such an important power in any university. And with a certain “relief” from the government of the respective autonomous community, frightened by a foreseeable increase in basic financing.

Because there were serious attempts to increase the supply of places in public universities. In the General Conference on University Policy, where all the autonomous communities are with the Ministry of Universities, a gradual increase was intended. Approximately ten percent sustained course by course. No more. Among other reasons, due to the complexity of studies in a regulated career, such as Medicine, which has a European directive. Or because of the economic cost that this increase in students in public schools could entail in teaching staff, both for the regional budget and for the universities themselves. Or because of the difficulty of having approved hospitals so that MIRs (resident internal doctors) could carry out their practices with quality guarantees.

Still, something was done. According to data from the National Conference of Spanish Faculties of Medicine (CNDFME), in the last fifteen years the faculties of Medicine or Health Sciences have almost doubled. It has gone from 28 faculties (26 public and 2 private) to 46 faculties (35 public and 11 private) and one public and four private are on the starting line. And more are announced. The demand for these studies is increasing and there is “business” for the private company. Studying Medicine supposes a very high outlay for a student and her family. But there are always those who can afford the six years, at least, of the degree. Even a one-year preparatory course that ensures a fixed place to access first.

On the other hand, forecasts suggest that in the next five years almost half of current medical professionals may retire, both university teachers and those who work in health centers. And social expectations about healthcare have increased considerably. Due to the increase in life expectancy. Due to citizen concern for health. Due to the demand to expand the health service to more fields, such as the provision of some staff to educational centers. And, unlike what happens in other fields, technical advances in health do not imply a reduction in personnel, quite the contrary. Perhaps “in Spain there is no lack of doctors, but specialists”, as it is said in a statement from the CNDFME (October 2022).

Problems have been detected. But no satisfactory solutions have been found. Possibly, because it is made difficult by certain corporate attitudes and economic interests of social status. The exodus of graduates from our universities abroad, where they find better working conditions, is striking.

Meanwhile, here they come from other countries to practice medicine in our hospitals, especially the private ones, and the vacancies (some deserted for a long time) of public health centers in rural areas. The current university regulations do not help to find balanced solutions either. It has too many holes. That is why it would not hurt for the medical class and the health and university authorities to advance with the high beams and seek solid agreements in at least two directions. On the one hand, in planning. Medicine is a long-term career. The planning of places, therefore, has to be done, at least, ten or twenty years ahead. It will be necessary to increase the supply, but in moderation. It is not possible to act only by the impulse of the current great demand. There would be a risk of repeating what already happened in the past, when there were “surplus” doctors. As is now happening with the architect graduates who began their studies when the construction boom. In university planning, you have to be very careful with “fads.”

In addition, the access system should be reviewed, especially the selection and assignment of new admission places, with students from here to there throughout the summer until (finally!) they obtain one to start the course. And thoroughly review the current MIR system, of course.

On the other, in quality. Ex ante evaluation of the curriculum by a quality agency is fine, but it is probably not enough. The International Seal of the World Federation for Medical Education (WFME) must be obtained. And wonder if rigorous control systems exist and work. Especially in the private ones.

First, if the faculty has sufficient technical means to teach such a demanding university degree. Second, if the teaching staff meets the qualifications and academic requirements demanded in the university regulations to be able to impart these teachings. And third, if the university has assigned health centers of evaluated and contrasted quality so that its students can carry out the internships included in their study plan.

There is an obvious shortage of medical professionals in our country, especially specialists, and the problem could worsen in the coming years. But the “solution” cannot lie in authorizing new grades without a very detailed prospective analysis and without sure guarantees of quality. The remedy could be worse than the disease.

This is the perfect exercise to treat obesity (and lose weight) 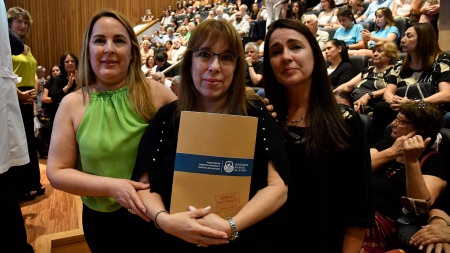 They delivered repaired files of missing medical students after 46 years 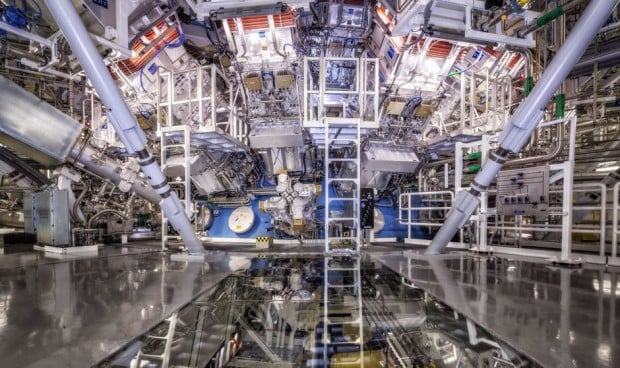 The future of medicine is 3D printing of organs