Trump is the most popular Republican, according to poll 0:49

(CNN) — In a preview of a possible confrontation in the Republican presidential primaries, Donald Trump and Ron DeSantis will hold rallies in Florida this Sunday, in their fight for supremacy in the Sunshine State and heart of the Republican Party.

The former president will welcome supporters in Miami, the third stop on a four-city tour that has made Trump a prominent player in his party’s fight for control of Congress. Meanwhile, the Florida governor will headline his own events in three counties on the state’s opposite coast: Hillsborough, Sarasota and Lee, moving far away from Trump as he seeks to close his bid for a second term.

For the past two years, Trump and DeSantis have co-existed on opposite ends of Florida: Trump plotting his next move from his Mar-a-Lago estate in Palm Beach and DeSantis becoming a household name from the state capital in Tallahassee. But as these midterm elections draw to a close and a decision on their political future looms, even on a peninsula 450 miles long it has become increasingly difficult for the two to avoid each other.

“We have two very stubborn politicians who are at the forefront of the Republican Party,” said a Republican official who asked not to be identified. “They both draw attention, but they both have their own political operations and that’s what you’re seeing. It’s exhausting to talk about it.”

The long-simmering rivalry has been made public in the final weeks leading up to Election Day. At a rally in Pennsylvania this Saturday, Trump directly attacked DeSantis and baptized the governor with a new nickname, while he declared himself the favorite in a hypothetical Republican primary.

“There he is, Trump at 71 (%), Ron DeSanctimonious at 10%,” Trump told the crowd as he read purported poll numbers off a screen.

“A BIG MISTAKE!” Trump wrote in response on his Truth Social platform.

Trump went on to share a clip of former Fox News anchor Megyn Kelly, predicting that Republican voters would remain firmly in Trump’s camp if DeSantis decided to challenge the former president in a Republican presidential primary. CNN reported Friday that Trump could launch his next presidential bid as early as this month.

The strained relationship between Trump and DeSantis

But the planning of competitive events inside Florida two days before a momentous election day is especially illustrative of how strained the relationship between the former allies has become. Unlike other potential 2024 contenders, DeSantis hasn’t shied away from running against Trump in a primary, drawing the former president a great deal of anger. Meanwhile, DeSantis believes such a concession would undermine his attempts to keep the focus on his current re-election race rather than what may come, CNN previously reported. DeSantis and his campaign have refused to publicly discuss his plans after the midterms, but in a recent debate he did not respond when asked if he intends to serve a four-year term if he is re-elected. .

Going head-to-head in a primary, the two candidates may find themselves in a similar financial situation. DeSantis has raised $200 million this campaign cycle through his two political committees and has spent just over half of it, leaving about $90 million in potential seed money for a Super PAC. At the end of October, Trump had about $117 million between his three active fundraising vehicles, according to federal election data.

Trump’s pre-election trip is motivated, at least in part, by his desire to launch a third campaign for the White House, CNN reported this week. Indeed, during a visit to Iowa on Thursday, Trump told voters in the nation’s first caucus state to “get ready” for his return as a presidential candidate. Trump stopped in Pennsylvania on Saturday, site of the tight Senate race between his sponsor, Republican Mehmet Oz, and Democrat John Fetterman, and will spend the eve of the election in Ohio, where the former president endorsed Republican JD Vance in the Senate race against Democrat Tim Ryan.

But planning a rally in Florida was also seen as an opportunity for DeSantis. Trump first announced last week his intention to hold a rally for US Senator Marco Rubio in South Florida, leaving DeSantis notably out of his plans. Since then, the list of guest speakers has grown to include the state’s youngest senator, Rick Scott, as well as a dozen other elected officials and candidates from across the state.

The decision to hold the rally in Miami-Dade County comes as Republicans are optimistic they will win the once Democratic stronghold for the first time in two decades. Republican investments to make inroads into area Hispanic neighborhoods have paid off in recent elections, and the party is seeing a wave of enthusiasm that is turning the state a redder hue. Republicans will have an advantage in voter registration on Election Day for the first time in modern Florida political history.

Before his arrival, Trump was already taking credit for that change.

“President Trump launched a historic red wave in Florida in the 2018 midterms with his list of endorsed candidates on the ballot and shaped the Sunshine State into the MAGA stronghold it is today,” says the PAC Save America announcement of Trump.

While DeSantis embarked on his own out-of-state campaign circuit for GOP candidates, including a recent rally in New York for GOP gubernatorial candidate Lee Zeldin, he is spending the final days of the race against Democrat Charlie Crist sweeping Florida. . His campaign had 13 events scheduled between Friday and Monday. On the final day, DeSantis has stops planned in Palm Beach, Trump’s adopted county, and Miami-Dade, not far from Trump’s Sunday event.

On the campaign trail, DeSantis doesn’t talk about Trump, but his comments are peppered with frequent mentions of President Joe Biden in a preview of what a presidential campaign against the incumbent Democrat might look like.

At an event Thursday in Florida, DeSantis called Biden “King Midas in reverse.”

“Biden touches it and it turns into something much worse than (gold),” DeSantis said. “It’s frustrating and a lot of people, the vast majority of Americans, think the country has seen its best days. They think we are clearly on the wrong path. But you know, I think Florida provides the model that other states can follow.”

A small plane crashed into a power pylon in Maryland, leaving nearly 80,000 homes without power. 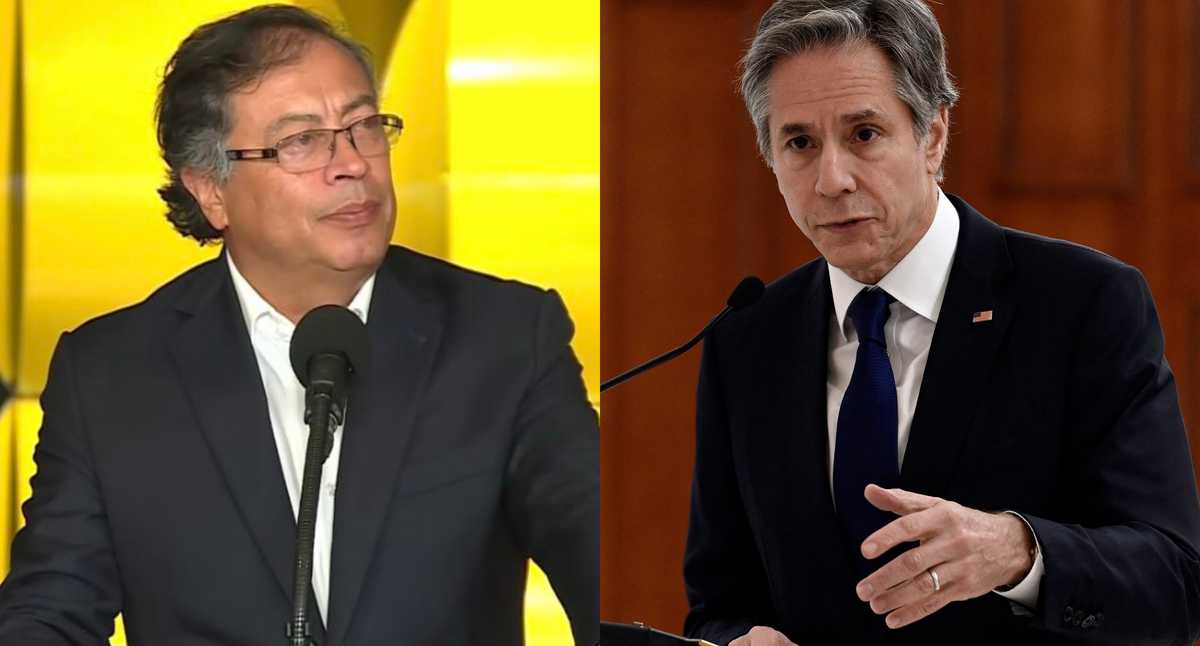 First clash between President Gustavo Petro and the US over Cuba’s removal from the list of promoters of terrorism, what happened? 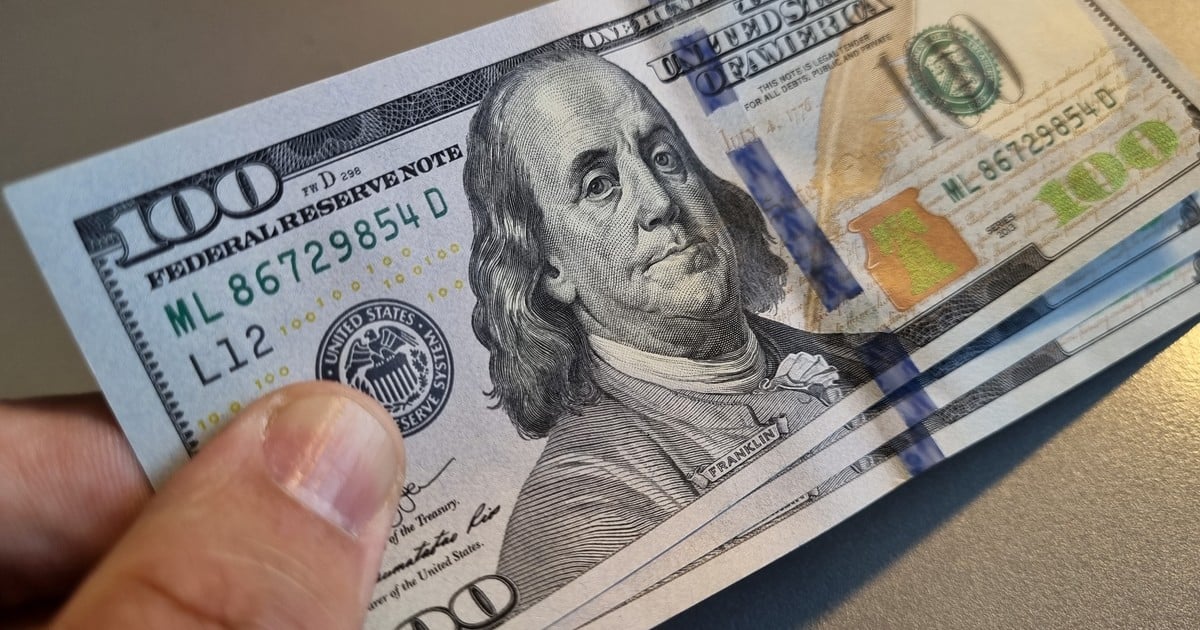