For days we have been telling you the story of Chyno Miranda, his transfer from the Tía Panchita clinic through judicial means to a private one to evaluate him, the way in which he was taken away, and even the accusation of kidnapping by the rehabilitation center.

All this movement has a name, that of Astrid Falcón, the current girlfriend of Chyno Mirandabut, Who is the young woman who sued the clinic to be able to get him out? Why did you ask the communications and political marketing strategist Irrael Gómez for help? Is he trying to save him or leading him down the path of certain death? Why does she want to take legal power away from the family and have it herself? Will he be able to afford his expensive treatments? What is behind the official story?… Then we will tell you about it.

HOW ASTRID AND CHYNO MET

Astrid Falcón, is an engineer and would have known Chyno for 6 years, on a trip that the singer made to Venezuela, where they would have had a small relationship, that they would have resumed in 2021after the singer began with his health problems and resumed his drug addiction problems.

She would have even traveled to Miami to visit himwhen he was still living in the United States, and when he divorced Natasha Araos, he already became Chyno’s ‘official girlfriend’. Nevertheless, they never got to live together. During the visit to the City of the Sun, she lived in the apartment that her dad owns therewhile the singer was in the house that his friends rented himalong with the caregivers who also paid for him, since Miranda was left penniless.

We spoke with several people in Miranda’s environment, who assure us that in addition to the love they could have, something stronger and at the same time more dangerous unites them: drugs.

Astrid would have the same addiction problem that Chyno would have fallen into with more force after he presented the picture of encephalitis and covid that led him to be hospitalized, in a coma, on the verge of death.

FOR THIS REASON ASTRID COULD NOT VISIT HIM AT TÍA PANCHITA

In the lawsuit that Astrid Falcón filed against the ‘Tía Panchita’ clinic to be able to remove him from the place, she alleges that Chyno was supposedly being heldand that even Throughout this almost year they had not allowed him to visit him, something that Irrael Gómez himself confirmed to us.

According to our research, we can tell you unofficiallythat the reason why, since Chyno is hospitalized, only Astrid was able to visit him once, to be more exact on August 8, 2022would be the young woman’s addiction problem.

As we told you above, one of the reasons that unites this couple is the supposed addiction of both. Among the treatments that the singer has, there is also his struggle to be away from drugs and follow the path of a former addict..

The day that Jesús Miranda entered ‘Tía Panchita’, accompanied by his relatives, the mother Alcira Pérez, the cousin Yarubay Pérezwho is the one who had power over the singer until two days ago, and astrid herself. As we saw him leave Miami, that is how he arrived in Venezuela. With neurological, physical problems, anxiety, with difficulty speaking and even going to the bathroom.

The challenge to attend to it was and is very great, why? Because it is a time bomb due to his encephalitis, any mistake could inflame his brain and lead to death, and the enemy bigger than his brain, are drugs.

Both the family, including Astrid, had to follow and take a protocol on how to be part of this process and the introduction of Chyno as support.. This would be one of the conditions of the clinic to be able to see him and be part of his cure. Although everyone took them, including his girlfriend, there was something that left her out of the first visit.

Due to her alleged addiction, “Tía Panchita” would have required Astrid to submit a negative toxicological test, which would show that her system was free of any type of drug. Although we have seen the document, out of respect for Falcón’s privacy we will not publish itbut according to the result we had access to, the analysis that was carried out on December 29, 2021, to be part of the first visit, was positive.

That prevented her not only from being able to spend time with her boyfriend that day, but on several occasions. That would be the reason why she would not have been able to see him, and she prevented him from being part of Chyno’s process, who asks all the time to see her.

As we told you above, there was only one visit in almost this year of hospitalization, it was on August 8, why? Why did the tests come back negative?, would have thrown that his system was free of narcotics, which was the only condition that the clinic put for him to visit. That is, neither the cousin nor the singer’s mother would deny him seeing it, somehow, it was she herself who was not in a position to do so.

What does Astrid mean to Chyno? According to the people closest to the singer, In addition to love or attraction, and the illusion of one day getting married, it is to have access to that momentary happiness that causes your addiction and with which he struggles, like any person in recovery, day after day not to relapse.

Why did Irreal Gómez get involved in this cause? Because Astrid Falcón would have asked him for help and would have presented evidence that Chyno was not living in adequate conditionssomething that she showed as part of her exclusive investigation ‘Gossip No Like’, and to her, for the reasons that we explained to you above, not being able to visit him, they also did not have first-hand the reality of her boyfriend. For this reason andhe communication strategist decided to make all his tools available, as he has done in other cases of abuse within his country. What the businessman surely did not know is this part of the story, where love could even end the life of the singer.

With this complaint what Astrid would be asking for would not only be that she leave ‘Tía Panchita’, but also that they give her legal authoritywhich at this time no longer has the premium, but the state that will decide who and why.

Can Astrid have legal authority? The law would not protect her to have herbecause although the improvements are very advanced in Chyno’s health, thanks to the treatments that were carried out throughout this year, he still can’t decide anything for himself. Secondly, their courtship is relatively recent and would not have the time required by law to consider the figure of concubinagewhere she might have a claim on him.

According to the Venezuelan concubinage law, they would have to have more than 3 years of coexistence, prove it with evidence and present witnesses. In this case, noor only they do not have more than a year of courtship, but also they never lived together. In Miami, each one lived in his house, and when Chyno arrived in Venezuela, he was hospitalized 5 days later. As she herself alleges in the lawsuit, this year she did not have access to see him, and as we confirmed, they only had a meeting on August 8.

WHAT WILL HAPPEN TO CHYNO?

That is the great unknown, and at the same time concern, every minute that he does not follow his treatment protocol and his medications, is a minute that remains in his life. At this time I would not have a treatment or a clinic that follows your protocol. He has already been removed from ‘Tía Panchita’, and at the Cedral clinic, where he is while this article is being written, he is only there to be evaluated. The costs of that center are much higher than where it was, and so far, no one has come forward to cover those costs.

However, Chyno needs to continue with his treatment and rehabilitation that have him on a very advanced path in which going back would put his health at risk again.

THIS IS HOW CHYNO LEFT THE CLINIC WITH HIS GIRLFRIEND ASTRID:

DON’T MISS THESE OTHER STORIES:

-Chyno Miranda: Why is he now in the custody of the Venezuelan state?

-Chyno Miranda was transferred from the clinic, after an inspection by a court

-Chyno Miranda: They did not discharge him 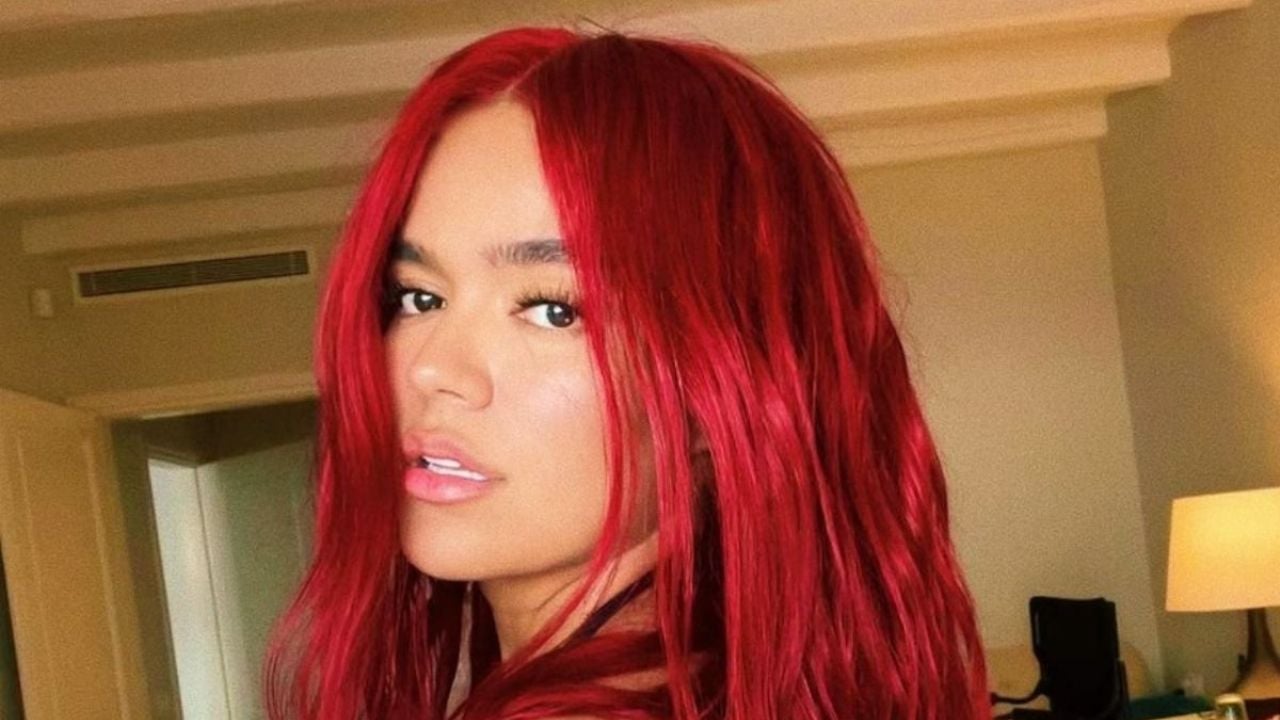 In full prison, a woman captures the attention of Pablo Lyle and is not his wife 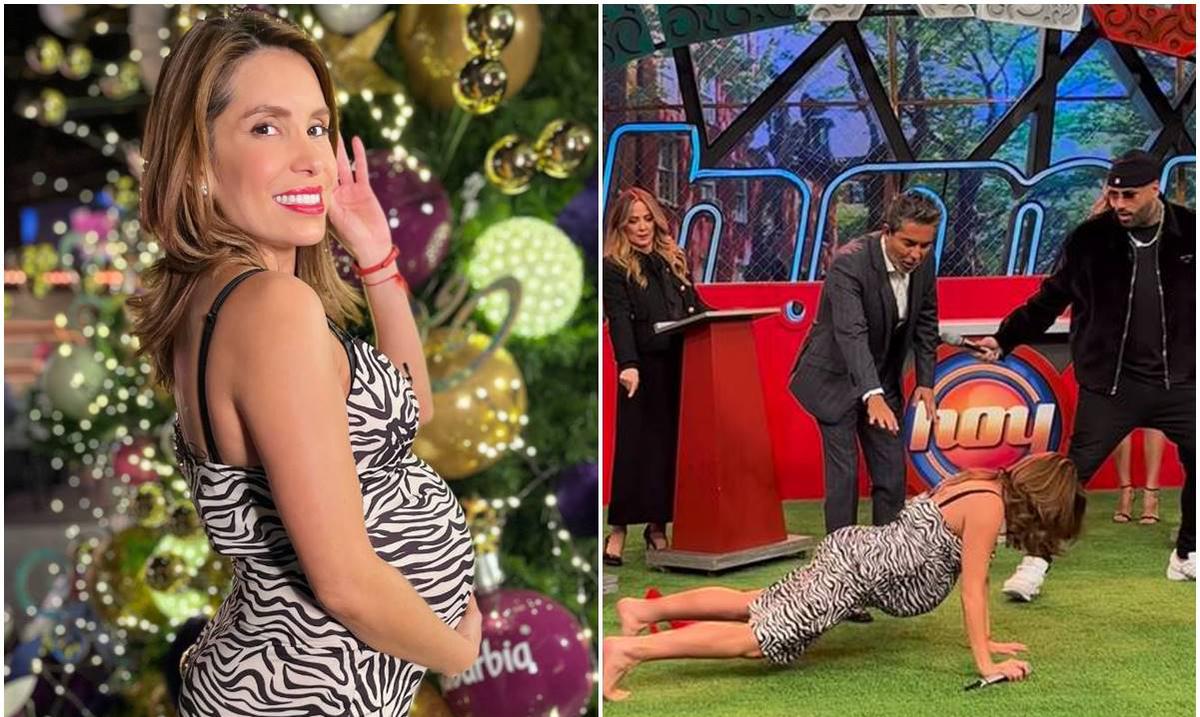 They criticize the television host for “perrear” pregnant with Nicky Jam