Today, October 19, the World Day to Fight Breast Cancer. An appointment in the calendar whose objective is to make this disease visible so that more and more women know the symptoms and the importance of having controls. In addition, it is a wake-up call to continue investigating what is the most common cancer enter the Spanish women.

Research is a fundamental pillar of Medicine and guarantor of the progress of society in any field. However, by offering results most of the time in the medium-long term and not always easy to measure, is usually relegated.

In Spain and as reported in ConSalud.es by the national representative of young doctors of the General Council of Official Colleges of Physicians (Cgcom), the Dr. Domingo Antonio Sanchez, “research is not a priority during the residency”. And unfortunately, neither is it at the end. Although the Medical Oncology MIR residencyas in other specialties, is the training period in which doctors become specialists, the reality is that the health services of the Autonomous Communities prioritize health care over training and research, leaving this in the third plane.

PRECARIOUSNESS, THE GENERAL TONIC IN ONCOLOGY

In this scenario, the Spanish Society of Medical Oncology (SEOM), Cesar Rodriguezhas warned that up to 64% of young Spanish oncologists consider that their employment situation is “precarious”. This follows from a survey carried out by SEOM to oncologists who completed their residency between 2014 and 2021. Temporality and precariousness are the general trend throughout the SNS and specialists in Medical Oncology were not going to be less.


“Faced with a lack of professionals throughout the SNS, in the end care elements are prioritized over others such as teachers or researchers”

Only 16% of employed respondents have a permanent employment contract, while a 34% have a temporary contract and 26% have an interim contract. Likewise, taking into account that 63% of the people who answered the survey were women and 37%, 56% of people with an indefinite employment contract are women, compared to 44 percent of men, data that indicate greater temporality among women, pick up Europe Press.

As Rodríguez has recalled, in 2021, the SEOM carried out a study to analyze the evolution of the workload, update the census and estimate the future needs of medical oncologists in Spain in a time horizon to 2040. As conclusions of this study, it was seen that the evolution of the disease itself and the profile of the patients, together with the need for time reserved for teaching and research as key elements for quality care, led to the incorporation of 110 new medical oncologists per year in the health system.

Therefore, Dr. Rodríguez considers that the complexity of the activity of the medical oncologistthe high emotional impact and risk of associated ‘burnout’, together with a scenario of concern about the working conditions in which they carry out their activity, “can compromise the maintenance of optimal ratios of professionals and the quality of care for oncology patients in Spain”.


“If doctors have to spend their free time, in the end we are compromising other areas of their lives that are important and that they do not have to sacrifice”

“Before a lack of professionals throughout the SNS, in the end care elements are prioritized over others such as teachers or researchers. It is one of the main problems that explain the inability to do research. What prevails and what you are forced to do is to see patients to resolve service gaps”, points out Dr. Domingo Antonio.

This means that professionals they are not trained in research nor do they acquire the skills in this area. Or at least not in the amount that they should, leaving such an important aspect of Oncology as training, in the hands of the vocation and will of doctors, who sacrifice their free time to be able to investigate.

“I have made a Master of Clinical Research in Medicine to know how a study is designed, how it is applied… This is progress and the future, but it is not part of the training programs and no time is dedicated to it. If doctors have to spend their free time, in the end we are compromising other areas of their lives that are important and that they do not have to sacrifice, ”insists the Cgcom spokesman.

Likewise, the incentives to look for work they are also constituted as an aspect that “demotivates” professionals. And it is that many health services value in an “anecdotal” and “marginal” way the merits for having published research.

Because health we all need… ConSalud.es

Increased risk of depression in doctors who work 90 or more hours a week, study reveals 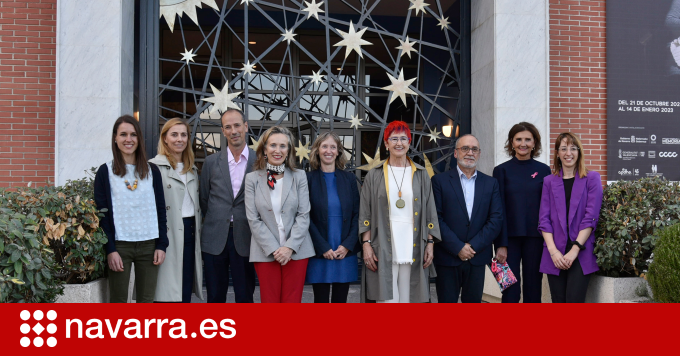