It’s no secret that regular exercise has many benefits. It protects against the development of chronic diseases, such as diabetes and heart disease, and in some cases can improve mental health. But, what effect does it have on specific functions, such as memory? Can an exercise regimen help you remember the scores from last night’s Yankees game, where you went on your first date with your partner, or where you left your keys?

It’s possible. Studies over the years have suggested that a single exercise can improve memory, and that regular exercise over years or decades not only improves memory, but also helps fortify against future memory problems. Now, a recent Dartmouth study focuses on how the intensity of exercise, over a period of time, can play a role in boosting different types of memory.

“We know that exercise works, but we don’t know what variables in exercise make exercise more effective,” said Marc Roig, a professor of physical and occupational therapy at McGill University who studies the effect of exercise on cognition and was not involved with the study. study. “We think intensity is one of those factors.”

One of the main challenges in studying the link between regular exercise and memory is that the changes are difficult to measure. This is complicated by the fact that many other factors affect memory, such as sedentary office work or chronic sleep deprivation. Also, There are different types of memory which explains how a person can constantly lose their keys (poor spatial memory), but have a special ability to remember dates of birth (strong semantic memory).

Activity trackers can offer a solution to these problems. In a recent article published in the journal Nature Scientific Reportsthe researchers were able to look at one year’s worth of Fitbit data from 113 participants, who also completed a series of memory tests, such as recalling short story details, spatial details, linguistic terms, and random word lists.

The advantage of this method is that linked a full year of information on participants’ activity patterns (how much exercise they did, with what intensity, how often) with their performance on memory tests.

Other studies have tracked activity patterns through self-reported data, which is often less reliable than activity tracker data, as people tend to underestimate how long they are sedentary and poorly remember their total activity levels.

“You can get a much more nuanced picture from the activity tracker data,” said Jeremy Manning, a professor at Dartmouth College and one of the study’s authors.

Dr. Manning and his colleagues found that active people had better memories overall compared to those who were sedentarybut they also found that the types of tests they performed well on varied by exercise intensity.

For example, participants who engaged in light to moderate activities, such as taking regular walks, had a better “episodic” memory. Episodic memory is like “mental time travel,” Dr. Manning said, or the ability to remember details about everyday events, like meeting a friend at a coffee shop or waiting for the school bus on your first day of kindergarten. infants.

This is consistent with a number of previous studies that have shown that the more active people are, the better, on average, is their episodic memory.

Participants who regularly did more intense exercise, such as going for a run or doing a HIIT workout, were more likely to perform better on spatial memory tasks. The spatial memory it is the ability to remember physical relationships between objects or locations in space, such as where you left your keys. This mirrors a number of other studies showing that high-intensity exercise improves memory, but goes further and suggests that it might be more helpful for this type of memory than another.

More studies are needed to solidify these associations and determine what is causing them.the researchers said.

“The more we can connect everyday patterns of activity with cognitive performance, the closer we get to thinking about lifestyle,” which includes how active you are throughout the day and sleep patterns, said Michelle Voss, a cognitive neuroscientist. from the University of Iowa, which was not involved in the study.

According to Phillip Tomporowski, a professor of kinesiology at the University of Georgia who was not involved in the study, this article is a “really good first guess” about how certain exercise patterns affect certain types of memory.

Dr. Manning and his colleagues hope to continue with controlled experiments to identify why certain exercises can affect specific types of memory.

Maybe one day there will be a workout that will finally help remember where the keys were left.

By By Rachel Fairbank. 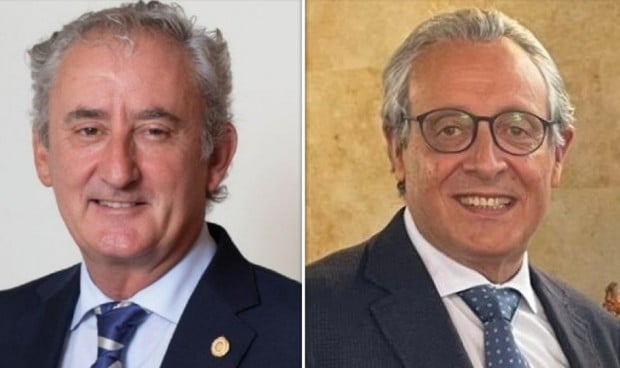 The 2050 MIR model: specialties and operation

Discover this hospital that can attend specialties in cardio