the cogenerator Ecoelectric I had no record this afternoon of whether tomorrow, Sunday, it would finally receive a shipment of natural gas, the fuel that, ordinarily, it uses for the production of energy in its three units.

“At the moment, we have not received a delivery date from the Electric Power Authority (AEE), who are in charge of supplying natural gas. Once the fuel is received at our terminal, it is unloaded and it is in our natural gas storage tank, it can be used immediately,” the company said in a written statement.

PREPA, faced with a request for reaction from this medium, did not offer details on the steps taken so that the plant, located in Peñuelas, receives the fuel.

“When the barge arrives, we will inform you,” a spokesman for the public corporation limited itself to saying.

On Friday, LUMA Energy spokesman, Daniel Hernandezindicated that the expectation was that EcoEléctrica would receive the supply of natural gas on Sunday, which would allow normalizing its power generation operations.

“That is the plan with a positive scenario. The least favorable scenario is that the ship does not arrive and at least one of (the units) can be used with diesel and mitigate the situation,” said Hernández on Friday, who was not available for an interview today.

Since yesterday, EcoEléctrica has been operating one of its units – a combustion turbine – with diesel, after a series of tests.

Between its three units, including a steam plant, EcoEléctrica has an installed capacity of 530 megawatts (MW). Today, according to the AEE portal, the cogenerator was producing about 400 MW, almost a fifth of the demand in the system.

EcoEléctrica has not been able to receive the natural gas supply because its terminal was damaged by Hurricane Fiona 27 days ago. Although the terminal was repaired in the past few days, to date no barge has been available to deliver the natural gas.

Concern about EcoEléctrica’s capacity has been raised due to the fragile state of PREPA’s generation fleet at present, since unit 5 at Costa Sur will be out of service for at least one additional week, and other plants in Centrals such as Palo Seco, San Juan and Aguirre will take even longer to reconnect. The system currently has an available capacity of 3,056 MW, according to MW data, and the maximum demand so far in October amounted to 2,620 MW, so the reserve has not yet reached optimal levels and could be compromised if any of the units in operation went out of service.

If demand exceeds generation, it would be necessary to activate the selective blackout program, as happened on Thursday.

suffer the aftermath of fiona

Although today marks four weeks since Fiona passed, residents of the south still suffer the ravages, particularly due to the lack of electricity service and road obstructions.

“We have sectors with pockets without electricity, especially in the northern rural area, sectors far from the city center, mostly affected by poles, transformers and (electric) lines,” said the mayor of Ponce, Luis Irizarry Pabón, who commented on this situation. affecting about 20,000 people.

Meanwhile, in Peñuelas there is still 25% of the town to be energized, said its mayor, Gregory Gonsález Souchet, specifying that the problem includes the communities of Barreal, Las Jaguas, Quebrada Ceiba and Macaná. “We have two contracted brigades doing cleaning work and assisting with main lines and power lines,” he said, adding that several schools are partially operating due to voltage problems.

For his part, the mayor of Hormigueros, Peter John Garciasaid that, in addition to the pockets without power, he is working on a federal proposal for the relocation of 15 families whose homes suffered flooding in the San José community, in the Lavadero neighborhood. 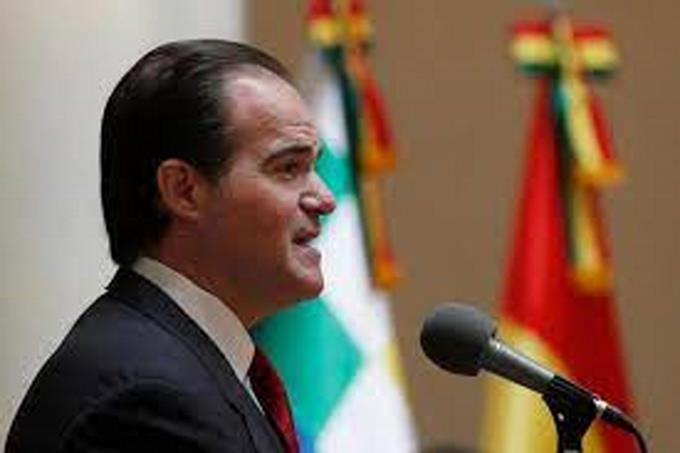 The president of the IDB, dismissed after an affair with a subordinate

Who are the Guatemalan drug traffickers linked to “Tony” Hernández and “El Chapo” Guzmán who pleaded guilty in the US?

How many times can you enter the United States with a tourist visa?