The Mexican actress, who will never be able to separate herself from the telenovela “La Reina del Sur”, turns 50, demonstrating that her life encompasses much more than a successful film career as a performer and producer, since she adds her facet as an activist against trafficking in women or the sexist violence that she herself suffered, immigration problems, the defense of animals or as an entrepreneur of a tequila brand.

A woman with a strong personality and Latin beauty, Kate del Castillo celebrates this October 23 five decades of a life in which there has been no lack of controversy such as that related to drug trafficker Joaquín “Chapo” Guzmán. She came to meet him in 2015 with actor Sean Penn and she ended up being investigated by the Mexican government, not setting foot in her country for three years and having to sleep with a gun under her pillow.

But if Kate looks back at her life, in which she does not lack two ex-husbands, she accumulates more honey than ice.

THE QUEEN OF THE SOUTH.

Daughter of the famous Mexican soap opera actor Eric del Castillo and Kate Trillo, she had a very happy childhood. She always wanted to be an actress and since she was 19 years old she hasn’t stopped acting, being highly valued in Latin America and internationally.

Kate del Castillo made her film debut with “The Last Escape” and made a name for herself with “Muchachitas” (1991), a famous telenovela that would be followed by “Mágica Juventud”, “The Lie”, “Ramona” or “Under the Same Skin”. ”, and in 2007 he premiered in Hollywood with the movie “La misma luna”.

Then come, among others, “Julia”, “Colosio”, where he plays a journalist, or “K-11”, playing a transsexual man.

But her most resounding success began in 2011, as Teresa Mendoza for the telenovela “La Reina del Sur” (Telemundo and Netflix), based on the book of the same name by writer Arturo Pérez-Reverte. She launched her career and a decade later she’s on her third season.

Her character, a Mexican woman whose circumstances lead her to become a drug trafficker, changed her life, Kate del Castillo usually admits. For her it is “an exquisite character, that any actress feels super happy to do”.

In between, he has not lacked films, such as the horror “Visitantes” or “Los 33” with Antonio Banderas and based on the story of the trapped Chilean miners.

THE TRUCULENT EPISODE WITH “EL CHAPO”.

One of the episodes that has marked him the most was the one with Joaquín “el Chapo” Guzmán, first as a result of a tweet, then through the lawyers of both and then with a meeting in person.

It all goes back to 2012, when the actress wrote a letter on Twitter that included these words: “Today I believe more in ‘Chapo’ Guzmán than in the governments that hide truths from me, even if they are painful, who hide the cure for cancer, AIDS, etc. for their own benefit and wealth”. “Mr Chapo, wouldn’t it be cool if you started dealing in good?”

The lawyers of “El Chapo”, then in prison, contacted her and offered her the rights to his biography. The actress begins to produce the possible film and Sean Penn is interested in the project.

In 2015, with the drug lord escaping from prison, the famous meeting between the two and Penn took place, as is immortalized in photographs.

The following year, Rolling Stone magazine publishes Sean Penn’s account of the events and Mexico investigates whether the interpreter has received black money from Guzmán for his brand of tequila (Honor del Castillo) or for the filming of a movie about the drug trafficker.

Del Castillo believes that he was the victim of a betrayal by the American actor for having assured that she was his intermediary to reach the drug trafficker, who was captured again.

In 2017, the Mexican government filed the case and in December 2018 she returned to her country excited, giving a press conference before more than 150 media.

This gruesome story has given itself for a documentary series on Netflix (“When I met El Chapo: the story of Kate del Castillo”) or for the play “I’m Okate!”.

Both works meant for the actress, who lives in Los Angeles, “a catharsis” for her peace of mind.

She returned to work in 2017 with the intrigue series “Ingobernable” and was nominated for the Platinum Awards.

Later, both as an actress and as a producer, she has continued to shoot: the series “Armas de mujer”, the films “Bad boys for life”, “Cold dead hands”, “Hunting Ava Bravo” or “A cuban girl´s guide to tea and tomorrow”, as well as in 2022 the series “A beatiful life”, a Latin version of Tolstoy’s “Ana Karenina”.

Del Castillo, who was Star of the Year for People magazine in Spanish in 2007, presented last September, along with fellow Mexican artist Jaime Camil, the 2022 Billboard Latin Music Awards gala from Miami. She did it for the second time.

The actress does not bite her tongue to denounce what she considers unfair, especially everything that has to do with women, immigration policies and animals, being recognized with different awards. This year she has been awarded the Latin Woman Defender of Animals award from PETA (“People for the Ethical Treatment of Animals”).

Del Castillo, who has come to answer bluntly to a reporter who called him “love” when asking him a question, is very sensitive to issues of sexist violence since during her marriage to soccer player Luis García, between 2001 and 2004, she maintains that suffered mistreatment.

Later she was married to actor Aarón Díaz. She with none of them she had children.

In an interview with the legendary Mexican presenter Talina Fernández, she would assure that in love she has chosen “wrong”. However, now it seems that she is happy with her partner, the director of photography Edgar Bahena. He betrayed Erika Buenfil, he was a total womanizer and now he has been forgotten 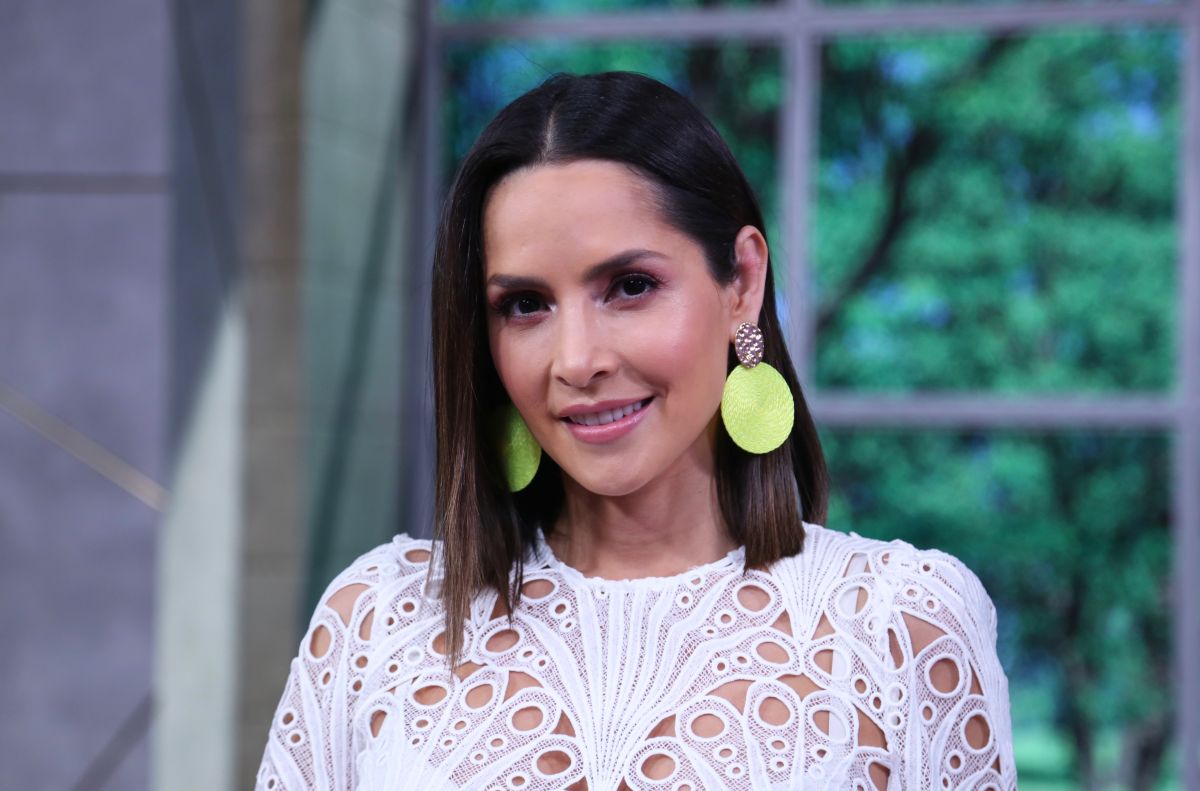 Televisa and TV Azteca ended his career, but after his divorce he managed to shine