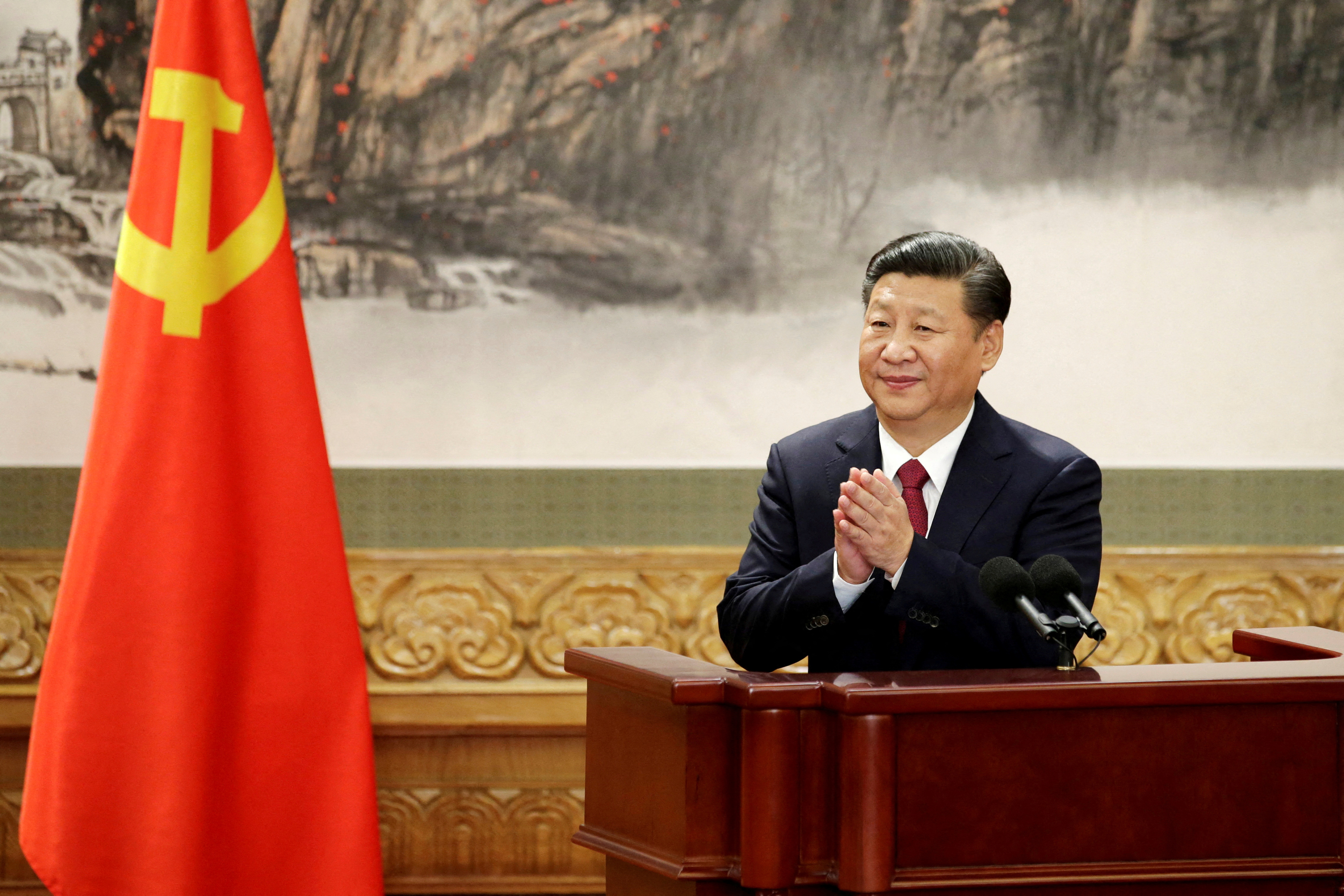 Chinese President Xi Jinping applauds after his speech as new members of China’s Politburo Standing Committee meet with the press at the Great Hall of the People in Beijing, China (REUTERS/Jason Lee/File)

Chinese President Xi Jinping has embarked on “one last round of purges” ahead of China’s major Communist Party congress that opens on Sunday, using his sweeping anti-corruption campaign to cement his power, analysts say.

When he was elected a decade ago, Xi promised to crack down on rogue officials, whether they were high-ranking “tigers” or low-level “flies.”

More of 1.5 million civil servants were punished since thenaccording to data from the party’s disciplinary body, and the China’s ranking in Transparency International’s Corruption Perceptions Index improved. Critics claim, however, that this campaign is a political tool to eliminate Xi’s rivals, among whom heads have rolled in the months leading up to this year’s congress.

About 1,100 charges were sanctioned since January, according to party data. They include former Vice Minister of Public Security Sun Lijun and former Justice Minister Fu Zhenghua, who will spend the rest of their lives behind bars.

“This latest round of purges, masquerading as an anti-corruption campaign, will ensure that Xi has tighter, if not absolute, control over political and personal issues.” of congress, said Willy Lam, a political analyst at the Chinese University of Hong Kong. The Chinese president will get a third term as party leader in congress starting Sundayending the succession rules followed since the 1990s.

“Despite all signs that his grand goal of a third term is in fact guaranteed, Xi remains paranoid about controlling appointments to key decision-making bodies in the party”Lam added. 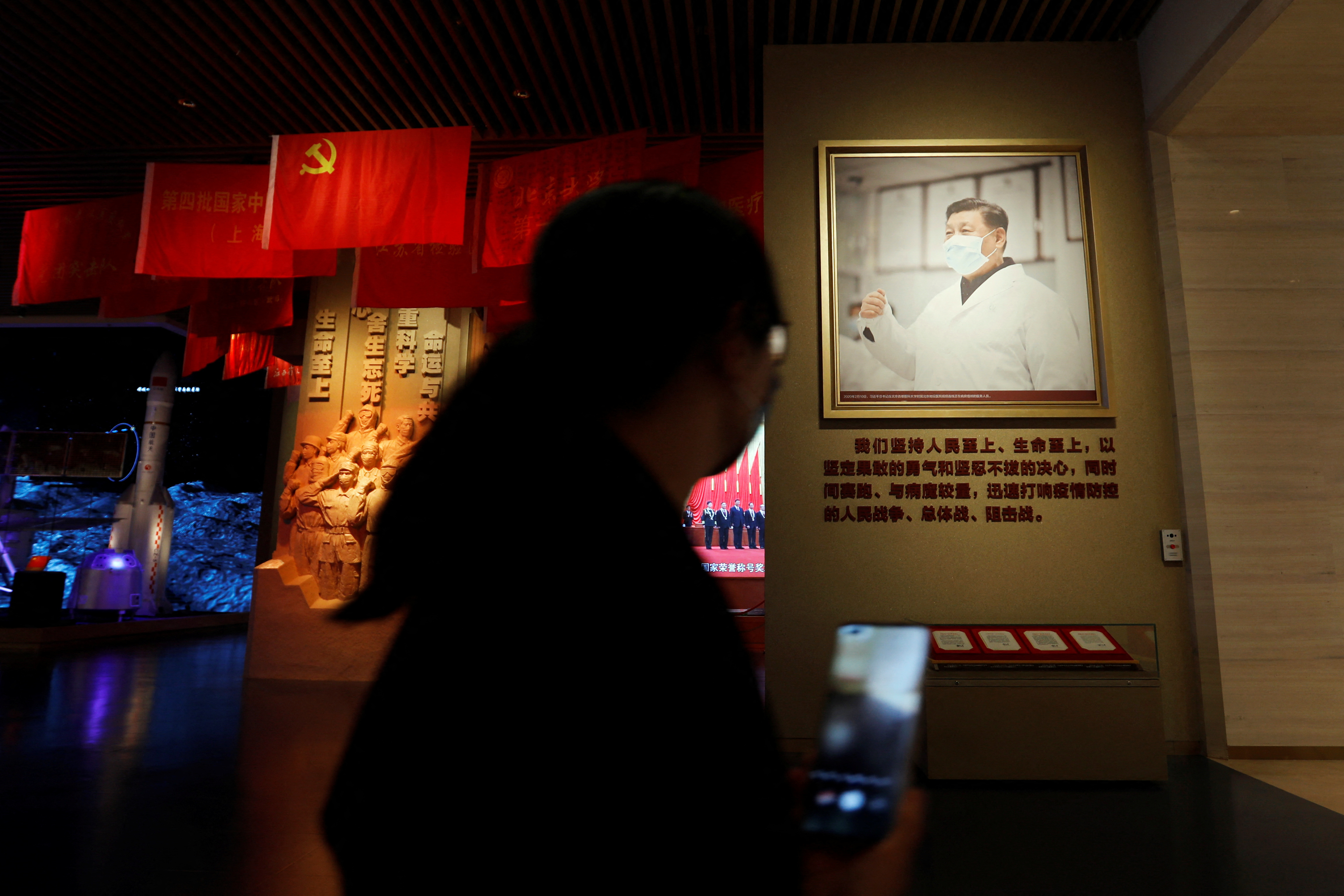 A visitor walks past an image of Chinese President Xi Jinping at a section on China’s battle against the coronavirus disease (COVID-19), inside the Museum of the Communist Party of China in Beijing, China, 13 October 2022. REUTERS/Florence Lo

Sun became a trusted lieutenant of Xi. He oversaw security in Hong Kong during the months of protests in 2019, and was posted to Wuhan early in the pandemic. But he fell into disgrace for his political ambitions and was officially accused of “seriously damaging party unity”.

Sun confessed in January on national television that he had accepted $14 million bribes, hidden in boxes of seafood. Others alleged to be in “his clique”, including former Minister Fu and three former police chiefs, also received harsh sentences.

“Sun Lijun’s case is linked to Xi’s absolute control over the security apparatus, which is indispensable to his political agenda,” said Yun Sun, director of the China program at the Stimson Center in Washington.

“It also sends a strong message to anyone with discordant ideas with Xi’s leadership,” he added.

Beyond the apparent unity, the internal politics of the Chinese Communist Party has always been marked by deep struggles between factions that seek to gain influence. “There are some who are anti-Xi but very supportive. They don’t like where the party is headed under their power.”Alex Payette, chief executive of the Cercius Group consultancy, told AFP.

The congress offers Xi a chance to downplay this threat by appointing close allies to the standing committee of the Political Bureau, the seven-member body that effectively holds power in China. More than any Chinese leader since Mao Zedong, Xi has built a strong cult of personality for himself. From the age of 10, children receive lessons on the “Xi Jinping Thought”. 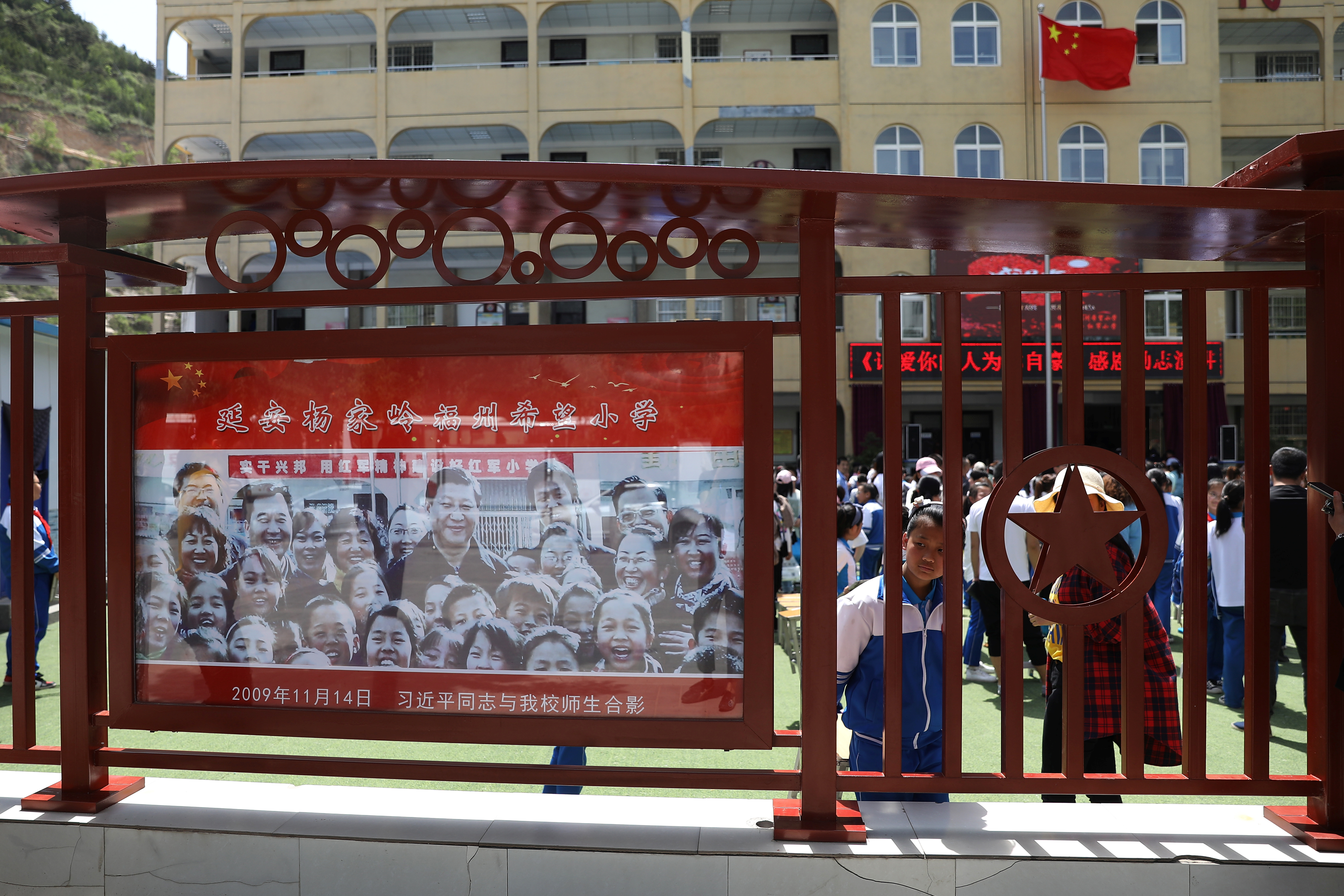 A picture of Chinese President Xi Jinping at a primary school near the Yangjialing Revolutionary Site, ahead of the 100th anniversary of the founding of the Communist Party of China, during a government-organized tour in Yanan, Shaanxi Province, China , on May 10, 2021. Image taken on May 10, 2021. REUTERS/Tingshu Wang

According to Wu Muluan, an expert on Chinese politics at the National University of Singapore, the president used the anti-corruption campaign to transform the CCP from “a collective dictatorship to a personalist dictatorship”.

By uprooting critical voices and putting his protégés in their place, he has managed to bring three critical party powerhouses under his wing: the army, the propaganda machine and the internal security apparatus. For example, the new Minister of Public Security, Wang Xiaohong, has known Xi since at least the mid-1990s, when they worked together in the province of Fujian (southeast).“Xi chooses people who have shown him absolute loyalty for decades,” Wu pointed out.

Surrounding yourself with allies has become even more important in the face of current challenges: a convalescent economy, deterioration of relations with Washington or the disconnection from the world due to the covid zero policy.

“The anti-corruption letter is a powerful tool for Xi to send a message to the still considerable number of opponents in the upper echelon of the party,” Lam said.

“Any opposition can mean jail … or at least ugly harassment from anti-corruption agencies, like 24-hour surveillance,” he added.

With information from AFP 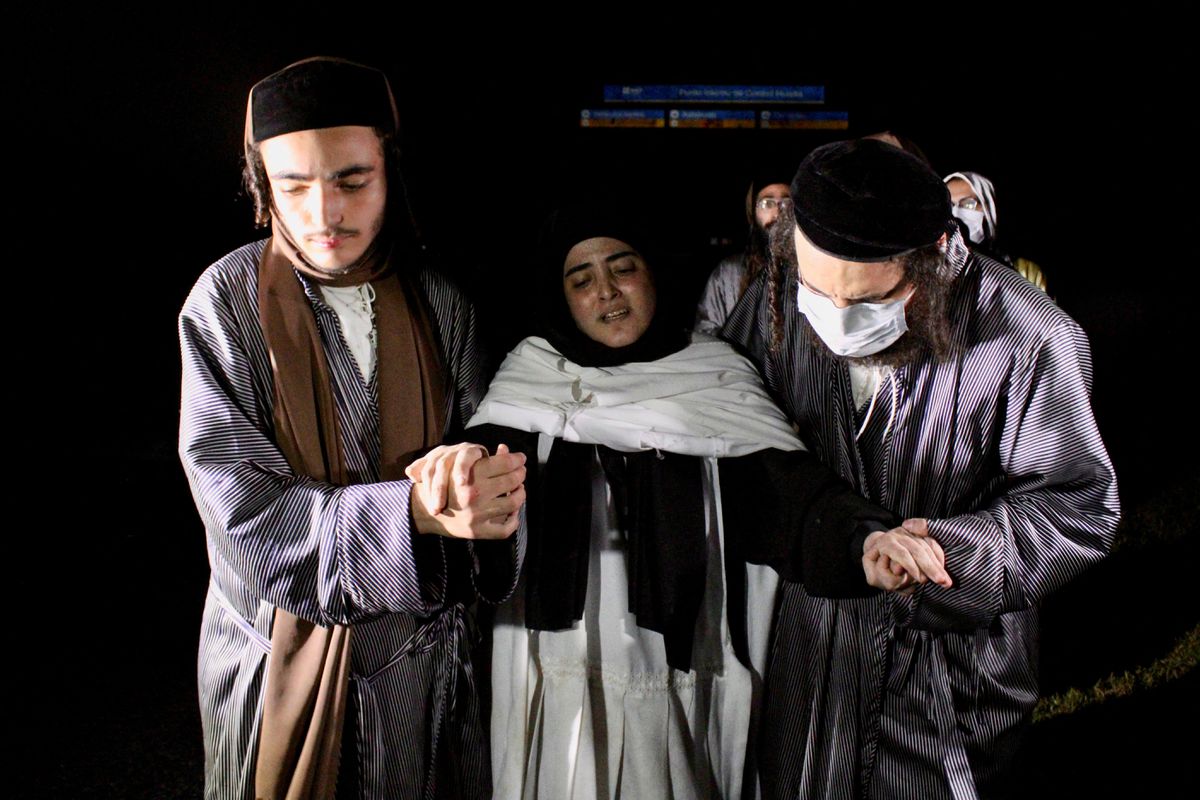 Members of the Lev Tahor sect escape from Mexican custody 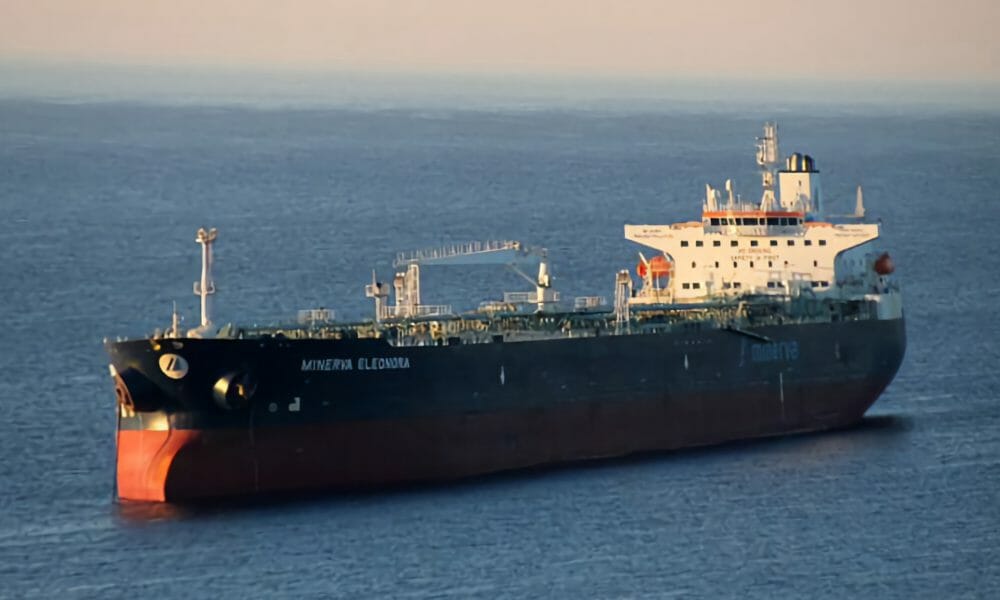 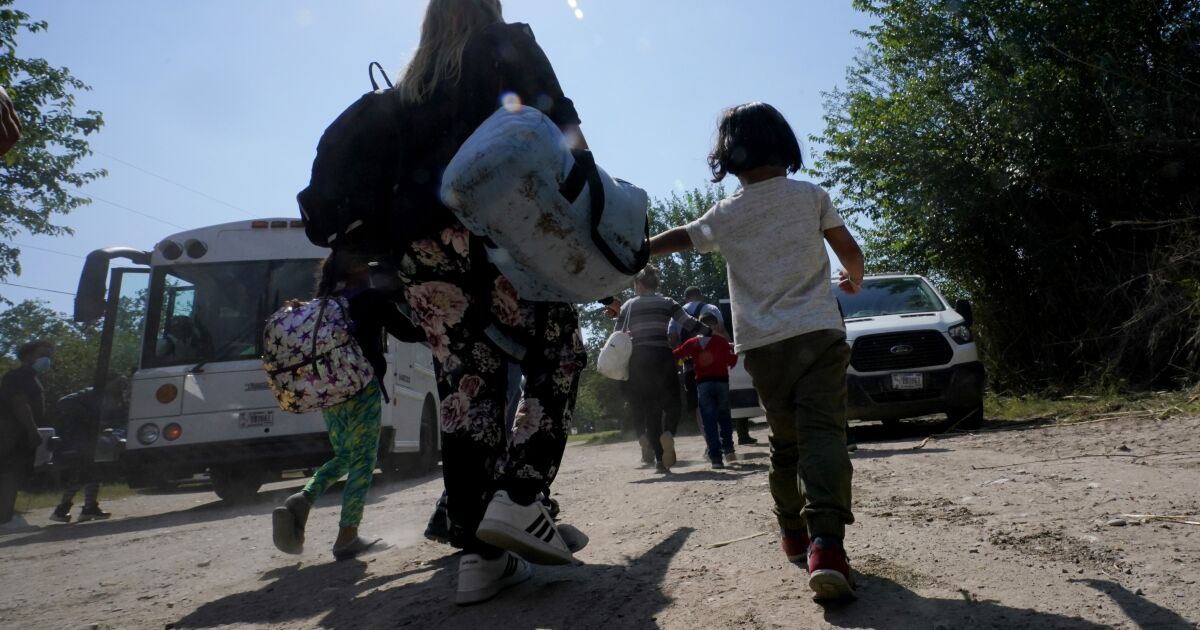 The US will welcome some Venezuelan migrants; will expel others 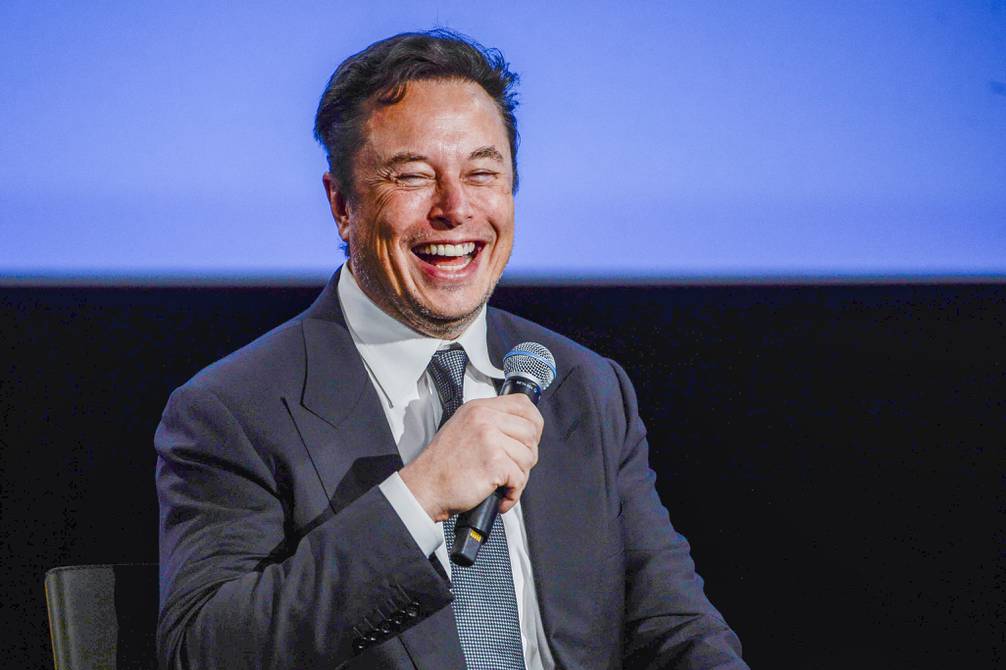 Elon Musk launches ‘four conditions’ to end the war in Ukraine, and provokes the fury of Zelensky | International | News