The imprint of Andrés Vesalius in anatomy has been of such magnitude that it has come to be spoken of a pre-Vesalian and a post-Vesalian era. Throughout the 19th and 20th centuries, many experts in the history of medicine argued that his work overcame the slavery of anatomy to the ideas of Galen, a physician in ancient Greece. Not everyone agrees.

On the last day of 1514 Vesalius arrived in the world in Brussels, in the bosom of a family of doctors dedicated to the imperial service. His father was unable to obtain a medical degree, since the university regulations of the time only admitted legitimate offspring to their students. However, he obtained the position of apothecary and valet to Emperor Charles V. At the age of fifteen, the young Andrew enrolled at the University of Louvain.

Students had to obtain a Bachelor of Arts in Leuven before being able to pursue a degree in Medicine, Theology or Law. In 1532, while completing his studies, Charles V declared Vesalius’s father “legitimate” as a reward for his loyal and able service. Andrés went to Paris to become a doctor.

At that time, the collection, study, and translation of Greek manuscripts were held in high regard, and Galenist translators and followers included two outstanding teachers: John Gunter of Andernach and James Silvius. The first employed Andrés as a dissection assistant and as a second assistant to the Spanish Miguel Servet, also a student in Paris.

However, after the third year, Vesalius and many others had to leave French territory due to the threat of war. In 1536, the Gallic King Francis I challenged the authority of the Holy Roman Empire through military action from Savoy to Milan. Charles V responded by invading the northernmost and southernmost borders of France. Belgian forces, loyal to the emperor, harassed the north, and there was a growing dislike of the resident Flemish among the French. Vesalius had to return to his land without completing his medical education.

Andrés felt upset about having to return to the University of Leuven to finish his bachelor’s degree. However, at the old-fashioned medical school in the city, thanks to the practical knowledge of dissection that he had acquired, he was soon performing anatomical demonstrations, informally becoming an anatomy instructor. In 1537 he published his Bachelor of Medicine thesis, Paraphrasis in nonum librum Rhazae ad Regem Almansorem.

At the end of 1537, Vesalius was examining for a doctor’s degree at the Italian University of Padua. It is not known when he decided to leave Leuven. There, notable professors dedicated themselves to developing the new Galenist medicine. After obtaining his doctorate he accepted the appointment of chirurgiae explicator. His task would be to teach surgery and anatomy.

During the classes he personally carried out the dissections, and he accompanied them with graphic sheets as an aid and guide to his students. These would be in 1538 the basis of his second publication, Tabulae anatomicae sex (Six anatomical tables). Drawn by the artist Jan van Calcar, an apprentice in Titian’s studio, they were mainly based on Vesalius’s own drawings. The Tabulae They were a commercial success.

That same year he made an unauthorized edition of the Institutionum anatomicarum secundum Galeni sententiam (Anatomical institutions according to Galen), from his former teacher Juan Gunterio, arguing that previous publications needed corrections. The book is a dissection manual for students, in which he alters original paragraphs to incorporate his own anatomical discoveries.

Vesalius’ fame as an anatomist spread, and in 1540 he was invited to the prestigious University of Bologna to carry out a series of dissections in conjunction with anatomy classes given by Mateo Curtius, Italy’s highest-paid professor of medicine. In one of the sessions, both held an intense debate before an audience of more than two hundred students and onlookers.

For the first time, Vesalius publicly expressed his conviction that mere book learning was not enough in anatomical study. In fact, evidence found by dissecting corpses was to take precedence over evidence written in texts. Vesalius thus challenged Galen’s credibility.

Vesalius’s career in Padua is on the rise, and so is his work, since he is immersed in what will be his main work: De humani corporis fabrica Libri septem (On the fabric of the human body in seven books). He probably started writing it in 1540 and finished it in August 1542. Aware that the Factory it will be too long and expensive a work, he writes another smaller book, more practical and accessible, the Epitomea kind of summary.

Vesalius had clear aspirations about the Factory. She commissioned a very expensive special copy for Carlos V, to whom she was dedicated. Printed on vellum, the illustrations were hand-painted to further enhance their quality. Taking advantage of her relatives’ ties to the emperor, she set out for the court and personally delivered to Charles V the royal edition of the Factory along with an elegant copy of the Epitome dedicated to Prince Philip.

The result could not be better. The monarch decided to appoint him chamber doctor. And his first task was to go to the front to take care of the commanders who were fighting in the Dutch province of Gelderland. Francis I had again defied the emperor. In the war, Vesalius received a different training from the one that corpses and books had given him. Unaware of combat wounds, he learned surgical techniques thanks to Dionisio Daza Chacón, an expert military surgeon from Valladolid, who became his teacher and friend.

On the battlefield, Vesalius was not as brilliant as in the anatomist facet. Despite his prowess in dissection, he had difficulty amputating limbs from wounded men. But his expertise was progressively improving. After the war, he received permission to travel to Italy, where he taught in Padua and Bologna before arriving in Pisa. He conducted a series of dissections of corpses obtained at the express request of Duke Cosimo I de’ Medici.

The new role of court physician was a drastic change in his life. Something inside him must have stirred, because he burned all the annotations, translations and observations that he had made up to then.

In the summer of 1544, Vesalius traveled from Florence to rejoin Charles V. Hostilities with Francis I continued, and his work on the front lines also included embalming the corpses of nobles and princes for burial. In November, nearing his thirtieth birthday, Vesalius married Anne van Hamme, the daughter of a wealthy councilor in Brussels. The following summer, the couple celebrated the birth of their daughter Ana.

Private practice was bringing him a considerable fortune, and he had a mansion built in Brussels

It is around these dates when he begins to observe the repercussion that the Factory and the criticisms that he pours on Galen in the text. Vesalius eventually continued his studies in dissection, although his main work was that of physician and surgeon. Private practice was earning him a considerable fortune, and he had a mansion built in Brussels. He lived there almost continuously between 1553 and 1556. This period of relative stability allowed him to prepare a second edition of the Factory and the Epitome.

In 1556, Vesalius was appointed Count Palatine by Charles V. The new social rank was seasoned with numerous prerogatives, including a life pension. After the abdication of the emperor that same year, he continues to serve his son, King Philip II. Vesalius remains in Brussels, where he attends numerous nobles, including the wife of William of Orange, the future leader of the Dutch rebels against the Spanish Crown.

In 1559 he was involved in a famous case. The then King of France, Henry II, suffered a complicated injury to his right eye caused by a spear during a tournament held in Paris to celebrate the Peace of Cateau-Cambrésis. To attend to the wounded monarch, Philip II immediately sent Vesalius.

He joined the famous French doctor Ambroise Paré, along with Daza Chacón and other eminent surgeons, but they were unable to save his life. Vesalius and Paré, who conducted his autopsy, recorded in detail how fragments of the spear had penetrated the king’s brain without causing a skull fracture.

Shortly afterward, Vesalius moved to the Spain of Philip II, where he took charge of the medical care of the Dutch who lived at court, and sometimes of the monarch himself. In 1562, at his request, he joined the group of doctors in charge of treating Prince Don Carlos.

The king’s son and heir, as a result of a fall down a staircase, suffered a life-threatening head injury. Vesalius recommended cranial trepanation, an operation opposed by doctors Cristóbal de Vega, Santiago Olivares and Daza Chacón. Finally, the intervention was carried out, without producing any obvious benefit. However, the prince eventually healed after months of intense care.

At the beginning of 1564, Vesalius leaves Spain accompanied by his wife and daughter. He has planned to take a trip to Jerusalem for unknown reasons. Legend has it that he traveled there to escape the Holy Office. None of this has been proven. It is known that he separated from the family in the French town of Sète. His wife and daughter went to Brussels, while he continued on his way to Venice and later arrived in the Holy Land.

After the pilgrimage, the ship that was taking him back suffered a strong storm that lasted more than a month. The harsh conditions and food shortages made him seriously ill. The ship arrived at the port of Zante, the current Zakynthos, an island off the Greek coast that was then Venetian territory. There he died, at the end of that same year.

This text is part of an article published in number 559 of the magazine History and Life. Do you have something to contribute? Write to redaccionhyv@historiayvida.com. 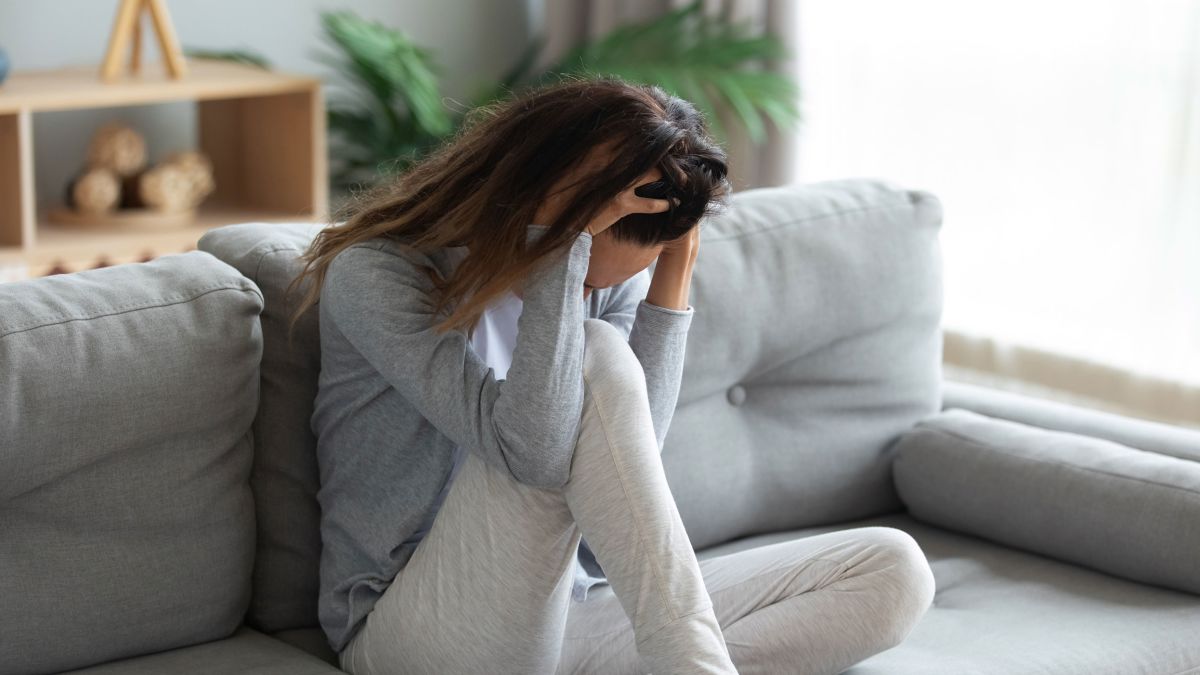 America has a mental health crisis, according to CNN poll 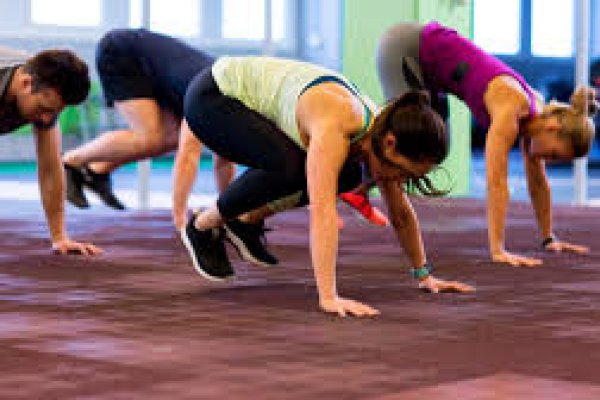 The best cardio exercises for our health – Health and Wellness 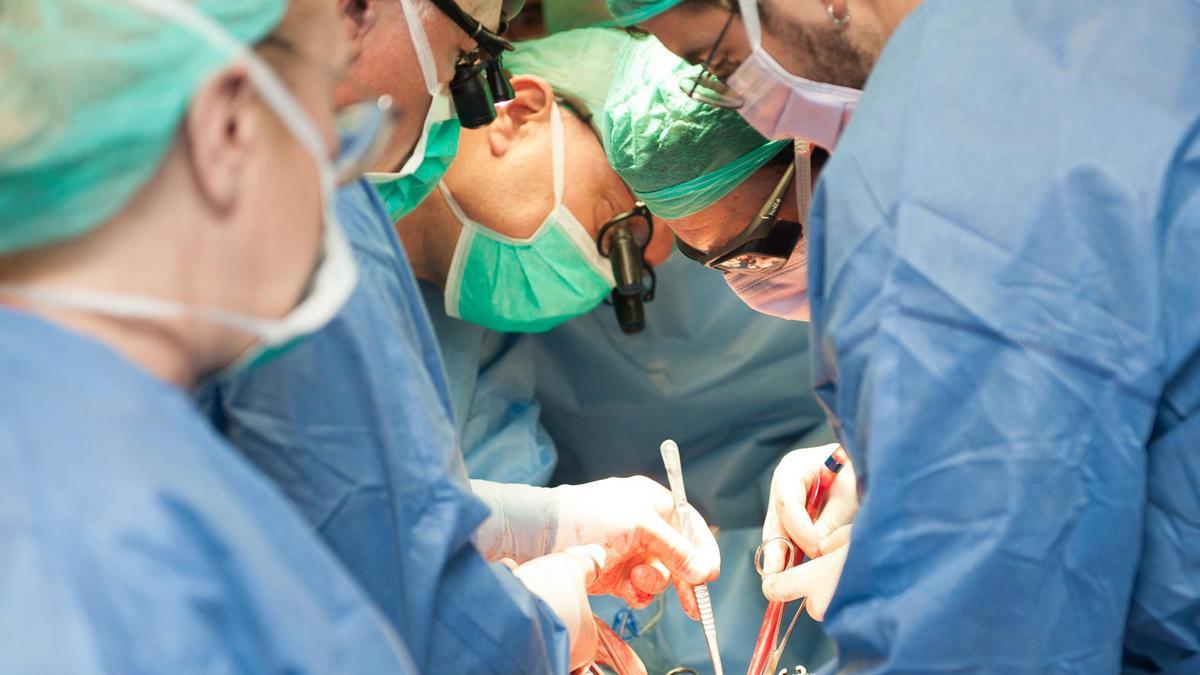 Health is committed to promoting precision medicine as patients claim