The scene that was experienced in the emergency room of the Quirónsalud Hospital in Pozuelo (Madrid) on Thursday, June 30, was unusual in the health of people who pay tolls to avoid traffic jams. Tired of waiting, a woman got up. She was very angry, although in a polite way, she asked for the claim form and to speak immediately with a medical officer in that private center in the richest municipality in Spain. The general mood was very tense. The rooms were packed. In the pediatric, a seated mother carried her two eight-year-old twins on top of her because there were no free seats. Whoever she asked was told that the average wait was four hours. The woman’s conversation with the patient care employee could be heard by everyone:

“I don’t pay private insurance for this. The hospital is getting worse and worse. If they have a collapsed service, they shouldn’t take more patients.

“This is a hospital and we can’t deny care to anyone. This is not the supermarket queue.

Private healthcare has always been sold as a quick option for patients, but in Madrid there is an unusual situation of waiting to access certain specialists for up to three months, collapsed emergencies and patient care telephones that ring without anyone answering. It is not a generalized problem, but it depends on the specialties. At Asisa, for example, on Thursday of last week a patient found an appointment without having to wait too long if she had a problem in internal medicine, cardiology or otorhinolaryngology. One or two days at the most. The problem came with specialties such as urology, traumatology or dermatology, in which you had to wait a month, on average, to see the doctor. In some cases, more than three. Without knowing what that meant, because the web did not allow knowing the reasons.

This problem has become an unpleasant surprise for many people from Madrid who in many cases have fled from public health precisely to avoid the extreme waiting lists on which almost 900,000 people are found: one in seven in the Community of Madrid.

What affects the most is what happens closest. To not miss anything, subscribe.

The private healthcare employers have not published data on waiting times since 2019. At that time, before the pandemic, according to the report on private healthcare indicators by the Idis Foundation, a thinktank of the large groups in the sector, the common thing was an average wait of 30 minutes in the emergency room and no more than two weeks in the first consultations with specialists, a speed that had become one of the most important values ​​for the user. Now, union representatives of private sector health workers report that it is common to wait between one and three months for an appointment in areas such as dermatology, rheumatology, pediatrics, traumatology or psychiatry. Something that begins to despair.

What’s going on? The explanation, according to the unions, is that the private system has not prepared for the avalanche of clients they have received during and due to the pandemic. The number of Madrid residents with private insurance has grown by 10% since 2019 (241,000 more, reaching 2.5 million insured), according to the insurance employer Unespa.

“And we are the same to attend to a greater volume of patients,” criticizes Samuel Mosquera, head of private health at CC OO Madrid. UGT goes further, as it denounces that in some centers the number of doctors has even fallen. “The specialists go to the public one because the private one pays them almost the same for much more work,” says Teresa Benavides, spokesperson for private health in Madrid for that union.

The employers respond that the number of toilets has grown by 6%, despite the difficulties in finding professionals, due to their scarcity in Spain, a problem that also extends to the public. “We continue to need the incorporation of new professionals, with a medium-high need for nursing in 95% of our hospitals and for doctors in 58%,” says a spokesman for the Alliance for Spanish Private Health (Aspe).

Aspe points to the pandemic to explain the cause of the delays, which have led to an increase in waiting lists for all pathologies and diagnostic tests not related to covid and an increase in health concerns. “There has been greater saturation, especially in emergencies [lo que equivaldría a la atención primaria del circuito público]but not in most specialties or in surgery, with ample capacity”, adds the Aspe spokesman.

Despite this deterioration in the service, private healthcare can boast of being faster than Madrid’s public health system, which is in such a critical situation that some patients receive appointments for 2024. Of the 886,668 Madrid residents on the public waiting list, 510,887 They have been waiting for more than three months.

But that is no consolation to private clients who have seen better times, such as Pilar Corral, a 65-year-old retiree from Móstoles. She has been a private user for 40 years and she had never suffered delays until in November 2020 she was given an appointment with the rheumatologist for three months later at the Quirónsalud Sur Hospital, in Alcorcón, south of Madrid. Since then she has endured continuous delays for her regular check-ups. The straw broke the camel’s back on April 4, two days before a new consultation, when she received a call from the hospital to cancel the appointment because the doctor had stopped working with the center. Corral was left in limbo: “The doctor who replaced him had a terrible traffic jam, so I couldn’t see her until mid-June.”

To reduce public waiting lists, the autonomous communities are referring patients from public health to private hospitals in exchange for financial compensation from the administrations. Aspe denies that these derivations cause a greater traffic jam in the private sector. “The private patients’ cake in Spain tells us that only 15 patients out of 100 come from the concerts,” says his spokesperson.

While experts try to explain the reason for the deterioration, patients are desperate. Carlos González, a retiree who lives in the northeast of Madrid, is recognized as another of the users disappointed with the private. Last Thursday he left the HM Sanchinarro, near his house, frustrated, because when making an appointment for a routine check-up with the urologist they told him that there was no room in the calendar and that he should ask again in a couple of days. “This did not happen before. The private one is no longer like it was 10 years ago”, he complained. “My wife and I have the private one because it was much faster, but more and more crowds are seen.”

A spokeswoman for the HM Hospitales group also points to the covid crisis as the cause of the delays: “Demand has increased, but more than because of the growth in insurance, we verify that it is as a consequence of a higher accident rate due to the paralysis of the health activity due to the pandemic.

González’s partner, Mar Ortiz, went out with him also desperate, although aware that, despite everything, they feel lucky. A relative recently had a mammogram at the Hospital del Henares and was given an appointment to give her the results in August 2023, a year later. “Here I can take at most 15 days to see my gynecologist and for me that is not waiting,” he assured on Thursday at the gates of the hospital, before returning home.

This Monday and Tuesday her husband called to make an appointment with the urologist. The answer was the same on both occasions: “We haven’t opened the agenda yet. Call back tomorrow.”

Do you have more information? Write to the authors of this report at fpeinado@elpais.es and bferrero@elpais.es

Moving, job changes and other issues that affect health 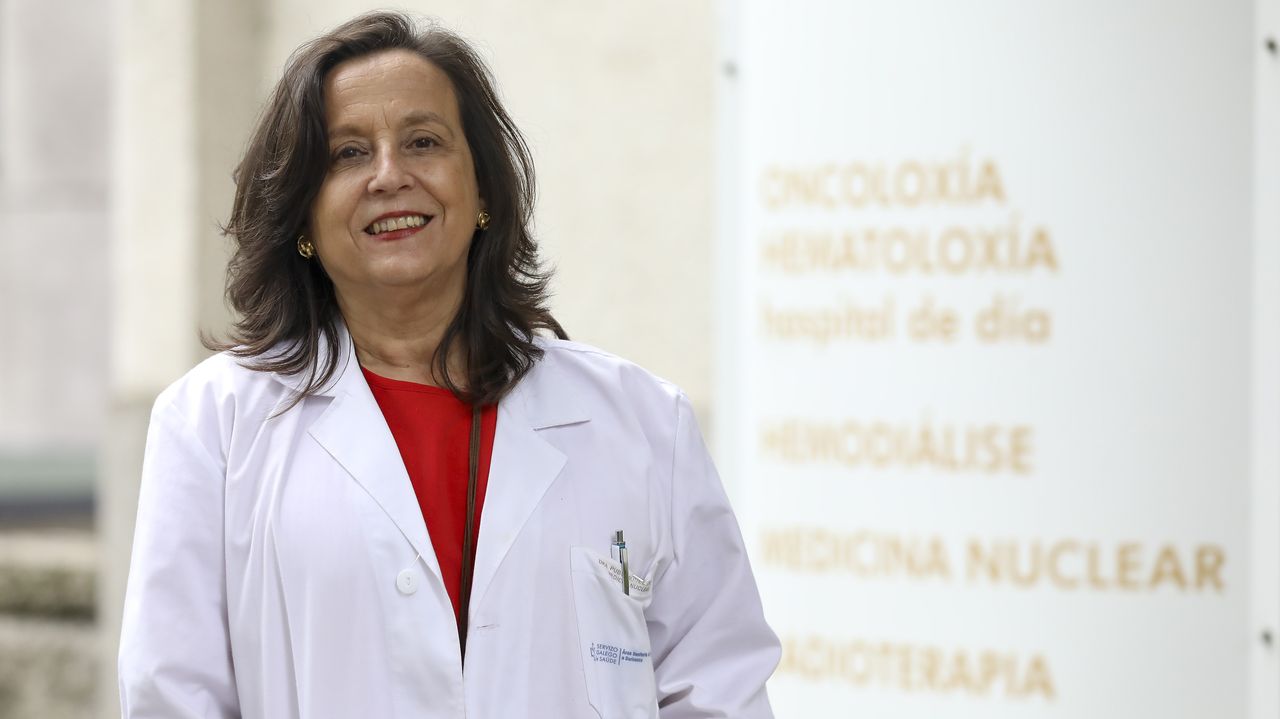