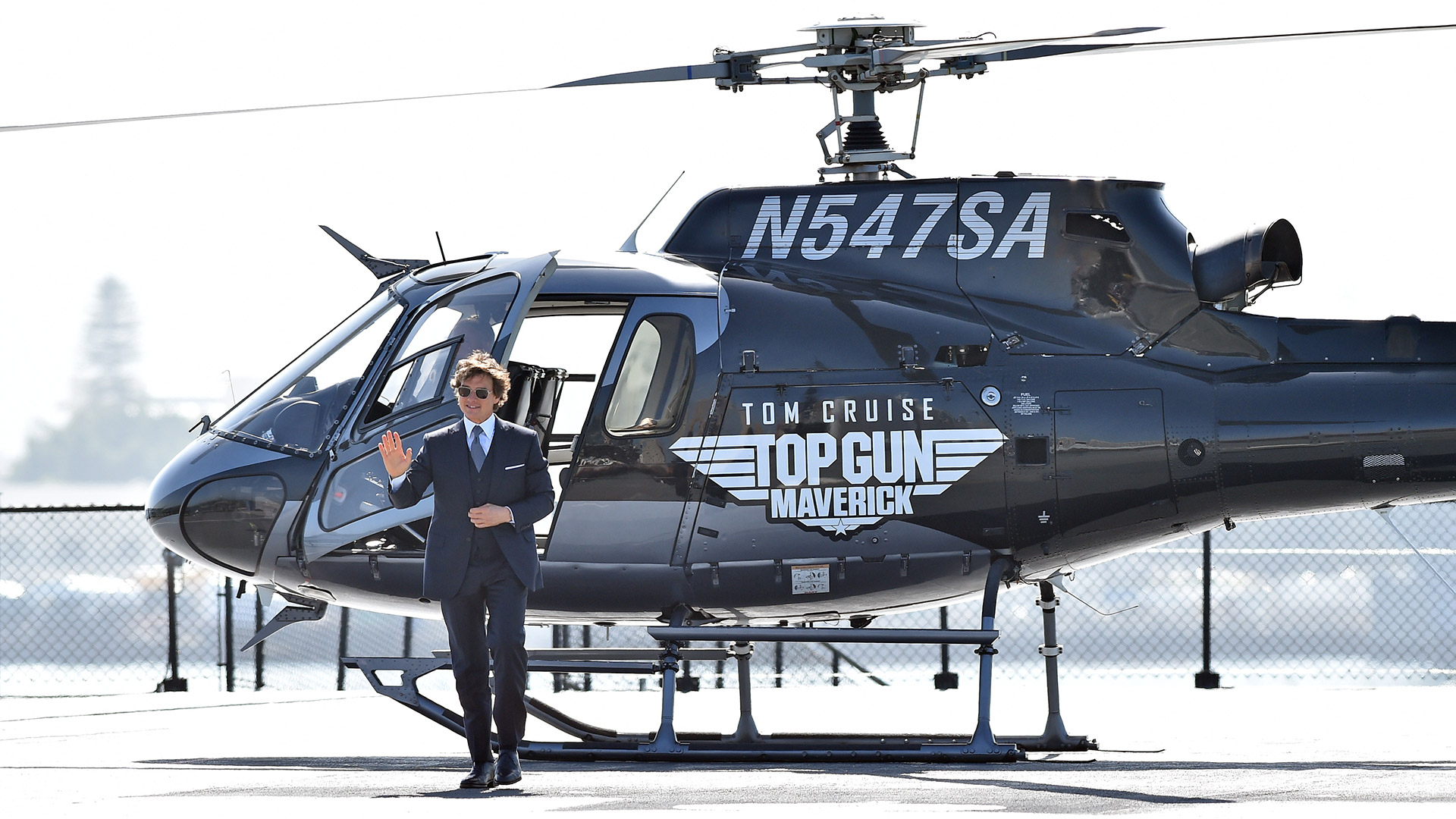 Tom Cruise He surprised his fans when he arrived at the premiere of “Top Gun: Maverick” in San Diego, California, piloting a helicopter that landed on the deck of the aircraft carrier USS Midway, which belonged to the United States Navy.

The American actor, who will turn 60 this year and has a pilot’s license, later descended from the plane wearing an elegant black tuxedo.

In the videos, published on social networks, fans can be seen, stunned, recording with their mobile phones the unexpected and surprising entry of the helicopter under the control of the actor.

Upon arrival at the event, he even joked with his triumphal entrance, assuring that doing it in Uber was too simple.

This May 5, the global premiere of “Top Gun: Maverick” was held, the sequel to the 1986 hit starring Tom Cruise alongside Val Kilmer.

The activity took place on the USS Midway in San Diego, California, where actors and media gathered between ships and Army planes.

Cruise’s landing then kicked off a spectacle of jet flights, uniformed servicemen and the sequel’s cast also including Jon Hamm, Val Kilmer, Miles Teller, Glen Powell, Jennifer Connelly and Jay Ellis, among others.

It is not the first time that the actor unexpectedly descends the skies aboard a helicopter.

Last year, in the middle of filming “Mission: Impossible 7”, Cruise landed in the garden of a private house in Baginton, in the district of Warwickshire, United Kingdom. Before the closure of the aerodrome, the device landed to the surprise of an English family who only knew that it was a great movie star, but did not know the identity until they saw the actor walking on the lawn of his property. “It has been an amazing day. It was surreal, I still can’t believe it happened”, then expressed the owner of the house to the BBC. 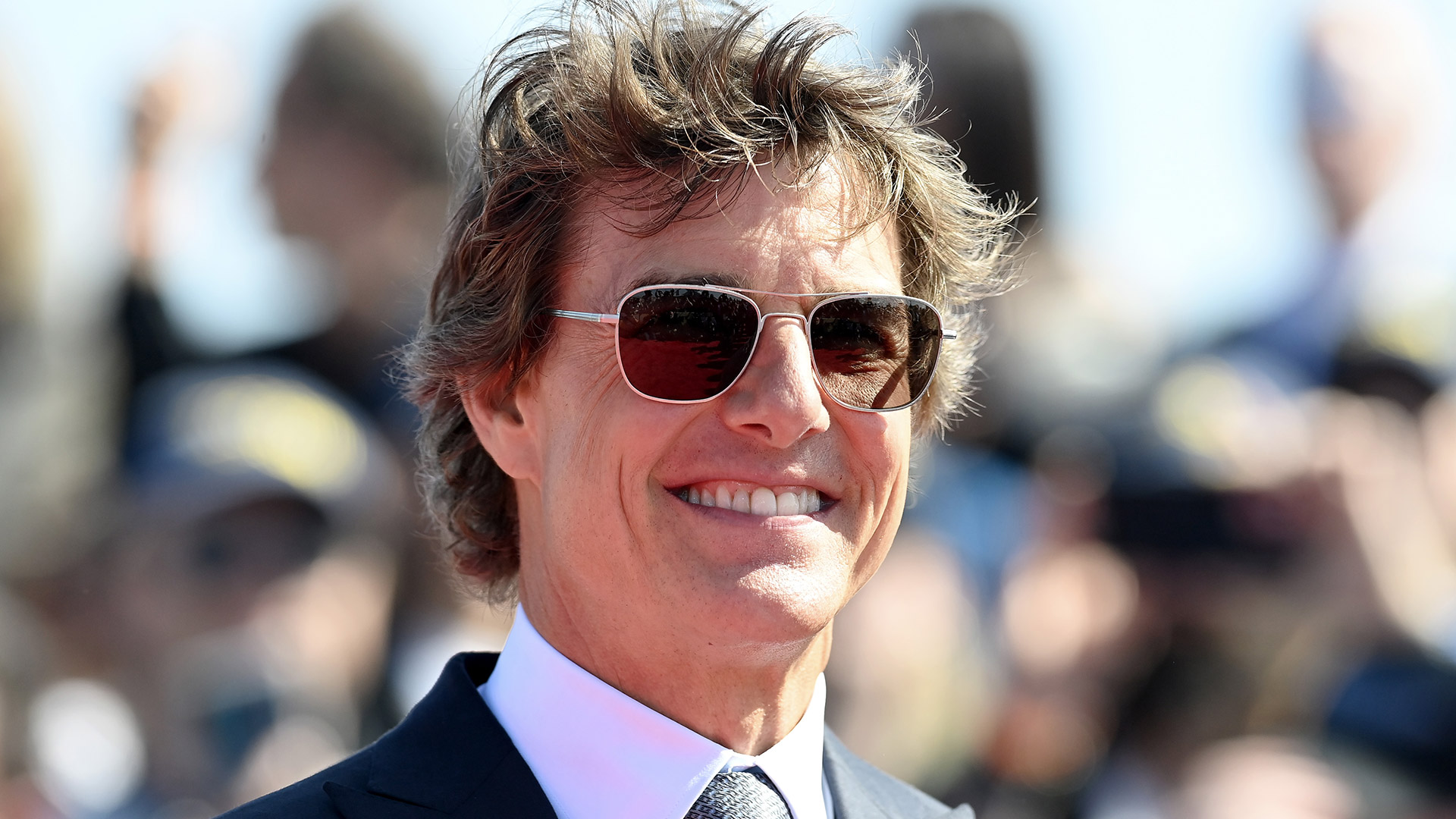 Tom Cruise at the premiere of “Top Gun: Maverick” in San Diego, California (Photo by Axelle/Bauer-Griffin/FilmMagic)

Famous for performing many of his characters’ stunts, Cruise introduced the screening at the CinemaCon convention in Las Vegas via video message from the fuselage of a plane flying over South Africa.

Hi everyone, I wish I was there with you. apologies for the noiseCruise yelled, referring to the engine noise and high winds. “As you can see, we’re shooting the final installment of Mission: Impossible.”

“Tom does everything at top speed and you can’t stop him. He’s going to get things done no matter what.”joked at the CinemaCon convention producer Jerry Bruckheimer, who also worked on the first film.

Plot details and reviews are embargoed until the film officially opens at the Cannes Film Festival next month, but “Top Gun: Maverick” drew a wave of praise on social media from journalists at the event. Paramount studio event at CinemaCon.

The film combines adrenaline-pumping action scenes shot on real US Navy fighters with emotional references to the 1986 production.

“All of our careers pretty much took off from then on,” Bruckheimer said, explaining why it took so long before he made the sequel.

Tony Scott, director of the first film, passed away in 2012, but Joseph Kosinki took over the sequel. “He approached the project in a way that would thrill Tom.” 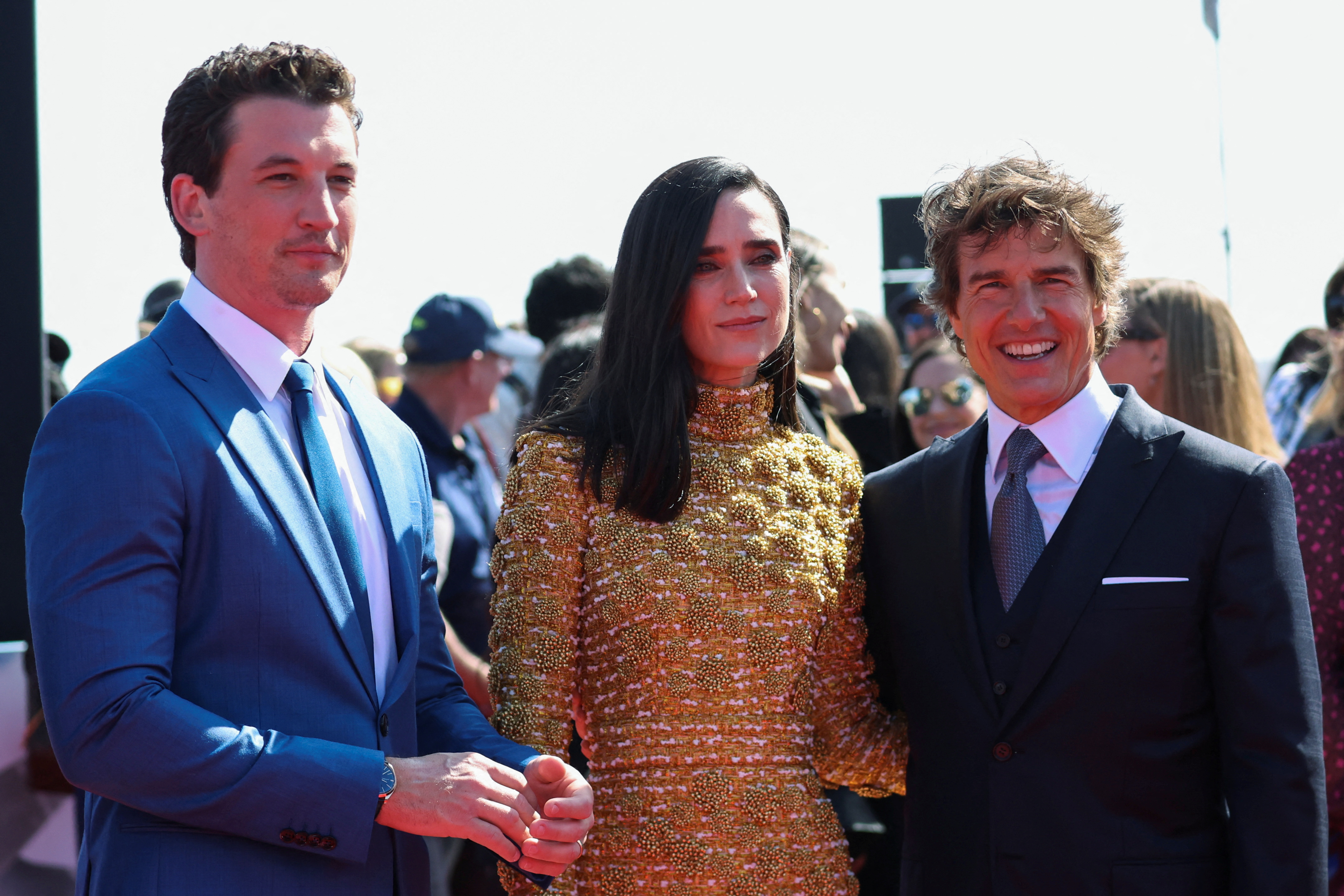 It also featured Val Kilmer, who played Iceman in the original film and who lost his voice as a result of throat cancer treatment.

“He is still an amazing person and actor,” the producer said. “Tom actually said, ‘I’m not going to do this movie unless Val is in it.'”

“Top Gun: Maverick” is one of the most anticipated training sessions of the year. This title was one of the ones that suffered the most from delays and date changes due to the pandemic, reaching a delay of more than two years according to initial plans.

Do you know what it will be called “Mission Impossible 7″? Tom Cruise already decided
The secrets of Tom Cruise: the abusive father he saw die, the hatred with Brad Pitt and the actress he saved before she was beheaded