On an alcoholic base of rum – which the Nobel Prize winner Hemingway asked for double -, drunk without a straw and free of decoration; or frozen, with a straw; or with strawberry or mango… the daikirí cocktail is the national cocktail of Cuba.

If the first daikirí of which there is evidence was prepared in the iron mines of that name, in an area near Santiago de Cuba, it was a Catalan who took it to the top some twenty years later behind the El Florida bar, in Old Havana. And it is that the history of this cocktail dates back to 1896, when a captain of the Cuban Liberation Army was passing through the Daikirí iron mines and the American engineer Jennings Cox wanted to offer him a drink.

The history of the cocktail begins in the Cuban Liberation Army, goes through a Catalan and continues in a Nobel Prize for Literature

They had run out of gin, which was apparently what they usually drank. In that situation, Cox had the idea of ​​resorting to rum, of which there was plenty in the area. He softened it with a little lemon juice and sugar to make it go down better. From this improvisation would be born the basis of what years later another engineer, this time the Italian Giacomo Pagliuchi, would baptize daikirí. At the beginning of the 20th century, an American admiral took him to Washington and there he began his international journey.

Although these are the beginnings of the daikirí, where it reaches its maturity and maximum splendor is at Bar Florida, under the guidance of the Catalan barman Constante Ribalaigua Vert, who, in the 1920s, established the characteristics of the combination in a specific recipe .

Thus, the Florida Bar, which was later renamed Floridita, is the true cradle of daikirí, Cuba’s national cocktail.

There have been many Hollywood stars, artists, and intellectuals who have appeared at El Floridita to enjoy an excellent daikirí. Among the illustrious, the most assiduous client has been, without a doubt, the Nobel Prize winner for literature, Ernest Hemingway. For twenty years he occupied the same place in the bar, which he describes in his work “Islands In The Stream”.

Today there is a bronze statue of him with a daikirí of those he liked; that is, with a double measure of rum, without sugar, a little grapefruit juice, the juice of half a lemon and a cascade of frappé ice with half a teaspoon of maraschino. This particular modality of Hemingway was called Papa Doble or Especial Daikirí. 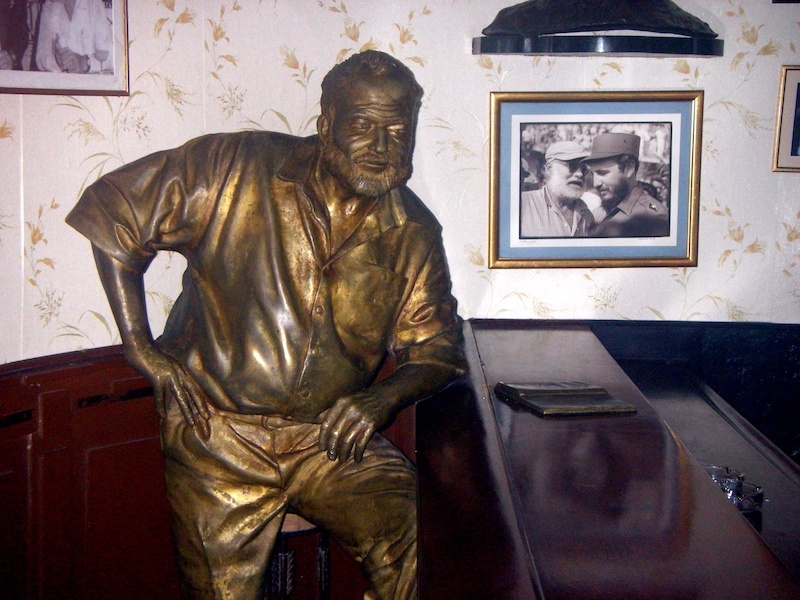 “My daiquiri at El Floridita and my mojito at La Bodeguita del Medio,” wrote the Nobel Prize winner for literature. It is clear that Hemingway knew how to enjoy the good.

And not only him, because they have also stopped by the Floridita to enjoy a Tennessee Williams or Jean-Paul Sartre daikirí cocktail; from Gary Cooper to Paco Rabanne or Giorgio Armani; and also Ava Gardner, Spencer Tracy, Jack Nicholson or Rocky Marciano, among many others.

The Floridita could not miss the visit of Yon Pavón, from the Patricio Bar, in Lasarte, who not only stopped by to try the daikirí and learn how to do it, but, as open and passionate about cocktails as he is, he finished the other side of the bar preparing gin and tonics for more than two hours. «It was lucky to be able to work in the cradle of the daikirí with his bartenders, who are my friends. They also like gin and tonics there and I have won several contests, so I started to prepare gin and tonics of different colors and flavors with what was available there and they were delighted. That was like playing on the soccer field of the team of your dreams.

Returning to the daikirí, Yon Pavón points out that over time different forms of this combination have been prepared and that, at present, the one made at Floridita is the so-called frozen or frappé, which is something similar to a granita and is drunk with a straw.

In any case, the classic daikirí is made with 6 cl of Havana Club 3 white rum, the juice of half a lime -about 2.5 cl-, 1 cl of maraschino and 1.5 cl of liquid sugar. Throw everything into a cocktail shaker with thick ice to chill and shake vigorously for about 15 seconds. It is then poured through a strainer into a very cold V-shaped martini glass and drunk without a straw and free of decoration.

For the frozen or frappé variant, all the components and two scoops of crushed ice are added to a blender and crushed for about 30 seconds, until the consistency is frappé, a texture somewhat similar to that of a granita. It is then poured into the chilled martini glass, garnished with a lime wedge, and sipped through a straw. It is ideal for hot days because the crushed ice slowly melts as we enjoy the freshness of the cocktail.

The daikirí can even be made with strawberries, with mango, with watermelon… In addition, it also admits the version for all audiences, removing the dose of rum.

Taking advantage of Hemingway’s inspiration in the song “Islands In The Stream”, either in the version by Dolly Parton and Kenny Rogers or in that of Miley Cyrus and Shawn Mendes, depending on the generation to which each one belongs, a daikirí , with or without accent marks, is a perfect cocktail to sing “…you do something to me that I can’t explain”.

In relation to the Cuban Havana Club rum there is a little known fact and it is that the first name of the distillery was La Vizcaya and the herrialde’s coat of arms appeared on the label and, later, also that of Bilbo. There will be those who think that the one from Athletic was missing, but in 1878 there were still twenty years left for the people from Bilbao to make the first serve.

And it was precisely in that year, 1878, in Cárdenas, when José Arechabala Aldama, a native of Gordexola, set up the first liquor distillery that in 1934 would begin to market the Havana Club brand. 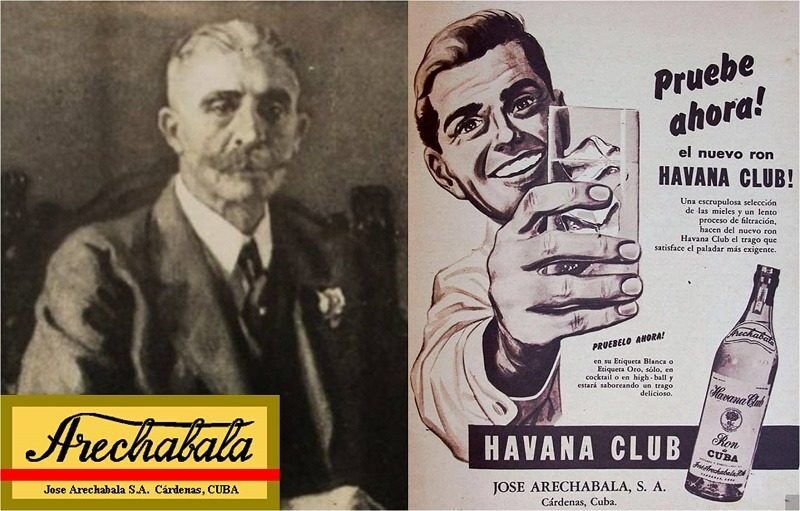 After the Cuban revolution, in 1960 the Arechabala family company was nationalized and the production of Havana Club continued.

In 1993, the Havana Club Internacional joint venture was created by agreement between Cuba Ron and the French group Pernod Ricard, a union that made possible the full introduction of Havana Club in the world market, with the exception of the United States of America due to the blockade against Cuba.

In 2019, the Arechabala family, in homage to their patriarch and through a Panamanian consortium, produced and marketed a limited edition called “Rum Arechabala 140th anniversary”.