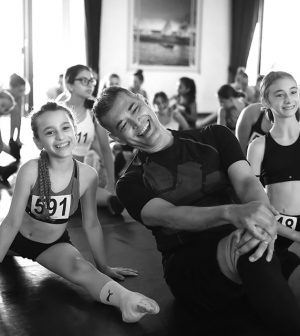 From 21 to 24 July in Salerno the curtain will rise on the XIV edition of “Salerno Danza d’AMare”, a festival that combines dance, sea and fun and which welcomes many young dancers from all over Italy and abroad. The spaces of the Social Center of Salerno will host the Terpsichorean kermesse, directed by Carmine Landi. Once again, the main objective of the event is to give a great opportunity to perfect practical skills and to experience the creative potential of Terpsichorean art, with well-known masters. An important showcase, many have found in this event the key to open the doors to their artistic future. The event was conceived and created by a non-partisan organization that aims to make the many dancers live an educational and at the same time fun experience thanks to the many lessons of various levels (beginner / intermediate / advanced) and style (Classical , Contemporary, Modern, Hip-Hop, Jazz Funk, Heels and more). A cast of big names in dance that is renewed every year, make up the teaching staff of the event, starting with Little Phil, his creativity and his explosive performances have led him to be recognized as one of the greatest talents of Hip- Modern Hop worldwide and working with some of the most famous stars such as Mariah Carey, Craig David, Britney Spears, Backstreet Boys, Justin Timberlake, he was recently a judge of the talent TV “Amici di Maria De Filippi”. And again Andrè De La Roche hired as a soloist by maestro Bob Fosse arrives in Italy with Dancing. Dancer alongside Heater Parisi on TV, Vittoria Ottolenghi writes: “… he is one of the best jazz dancers in the world, he is the Nureyev of jazz dance”. And then Kristina Grigorova, former soloist and prima ballerina of the corps de ballet of the Teatro alla Scala in Milan, of the Teatro Comunale of Florence – MaggioDanza, of the Teatro dell’Opera in Rome. You danced with the Aterballetto Company directed by A. Amodio, the Italian Dance Company directed by C. Fracci; The Ballet of Rome directed by F. Bartolomei and W. Zappolini; Arte Danza by E. Terabust and G. Vantaggio; Ballet de Temps Moderns with V. Derevianko. We continue with Oliviero Bifulco, teacher affiliated with the Abt Ntc Program, he was one of the leading students of “Amici di Maria De Filippi” 2017. Then there will be Rosario Cardettino Maître de Ballet and master of ballet guest in numerous companies including : Stuttgarter Ballett, Hannover Ballett, Chemnitzer Ballett. And again Angelo V. Egarese Graduated from the School of the Theater of San Carlo in Naples, he joins the corps de ballet by participating in various productions. And finally Alessia is a teacher at MAS Music, Art’s & Show in Milan. She is already a dancer in the TV programs “Do you know the latest?” Canale5, “The Voice of Italy” RAI2, “Dedicated to Minacelentano” RAI 1, “Dance Dance Dance” FoxLife; As has become tradition, the intense days of lessons will culminate on Sunday 24 July on the stage of the Auditorium of the Social Center of Salerno where the students of the choreographic workshops of classical, modern, contemporary and hip-hop dance, of contemporary workshops and of hells, will become the absolute protagonists of the GALA, dancing the choreographies signed by the masters André De La Roche, Kristina Grigorova, Oliviero Bifulco, Little Phil, Angelo V. Egarese and Alessia.