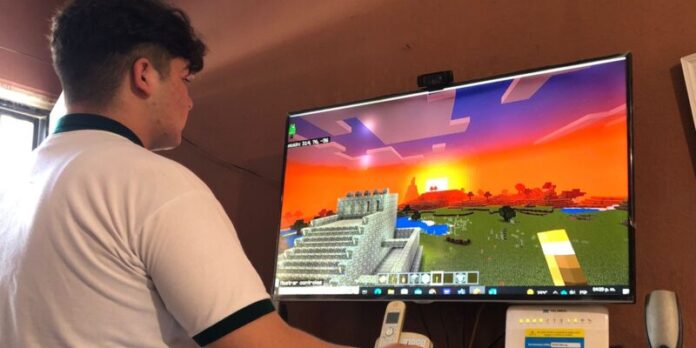 TIJUANA, JULY 4,2022.- In order to take advantage of video games as a tool in the learning process and develop digital skills in the student community that allow them to expose their cultural references and school identity, through the distinctive elements of their region , the College of Professional Technical Education (CONALEP BC), participated in the “minecraft rally CONALEP: building my environment”.

The state director of CONALEP BC, Irma Martinez Manriquez said that 25 teams signed up for this national rally in which the teams that participated collaboratively built a virtual world, structures and elements that reflected their social, cultural, historical and academic environment based on four challenges and in a collaborative manner.

The teams signed up through a league on May 29 and email accounts were given to each participant for the use of Minecraft, with this, they began a series of activities such as explanatory webinars from June 3 to 19 in order to start the challenges and delivery of evidence with the closing and award ceremony at the end of June.

Those who participated were creditors of a certificate, and the winning team was given an Xbox One Series S console; On behalf of Conalep of Baja California, 25 registered teams participated in this rally, 22 from the Tijuana II campus and 3 from the Ing. César Moreno Martínez de Escobar campus (Tecate), of which two semifinalist students from the Tijuana II campus resulted: Santiago Pérez and Saul Hurtado.

The jury was made up of authorities from the National Offices of CONALEP and the area of Microsoft Mexico Education Programs who evaluated the submitted evidence.