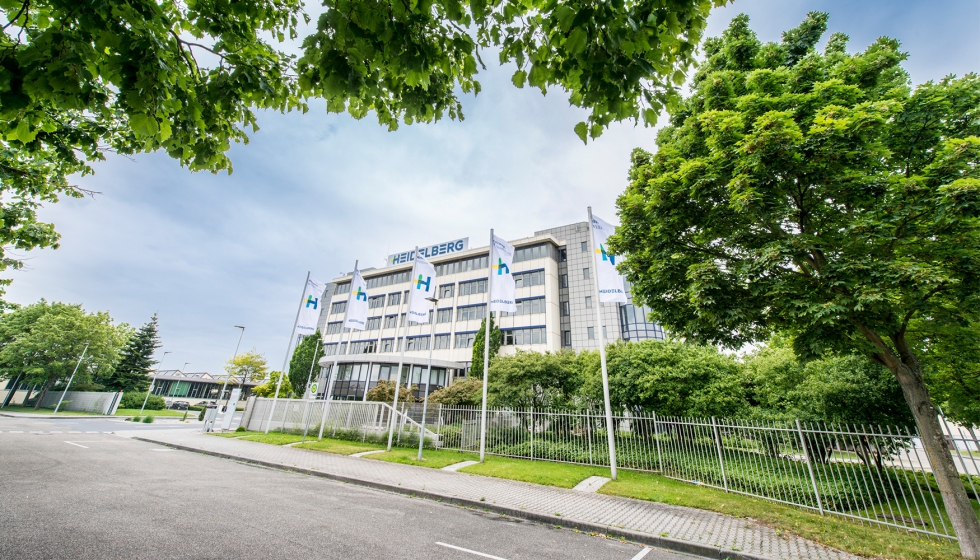 Heidelberger Druckmaschinen AG (Heidelberg) continues to take an optimistic view as fiscal year 2022/23 progresses. The group’s order book as of March 31, 2022 was the highest in ten years, around 900 million euros. However, like all production companies, Heidelberg is facing sharp increases in material, energy, logistics and personnel costs, which is likely to translate into price adjustments. Thanks also to the substantial efficiency improvements resulting from the package of measures in recent years, Heidelberg is confident that it will be able to improve sales from €2.18 billion to around €2.3 billion in fiscal year 2022/23, and also increase the EBITDA margin by less than 8%.

The company benefits from growth initiatives focused on profitable core markets such as packaging printing, digital business models and the electric mobility sector, where we see, for example, a 120% sales increase in the previous financial year.

“During the last financial year, Heidelberg has further strengthened its resilience by significantly improving its sales and results. Financially speaking, the group is in a better position compared to previous times. In fiscal year 2022/23, we also look to benefit from this, from growth initiatives focused on core markets and digital business models, and also from our recent success with electric mobility. In this regard, we are optimistic that we can counter such challenging circumstances, including the huge price increase. We will closely monitor the markets in order to take the necessary countermeasures. However, as things currently stand, we expect further growth in sales of around €2.3 billion and an increase in the EBITDA margin of at least 8%”, comments Ludwin Monz, CEO of Heidelberg.

In the fiscal year 2021/22 (April 1, 2021 to March 31, 2022), Heidelberg benefited from the successful restructuring of the group carried out during the previous two years. Sales increased by 14%, to 2,183 million euros, which met the target of at least 2,100. Significant growth was achieved in both commercial printing and packaging, with growing demand for virtually all products and in all regions. Customer investments in new equipment were the main driver in this regard. Incoming orders increased to 2,454 million euros, reflecting this good investment climate. The order book reached a level of around 900 million euros (previous year: 636).

Heidelberg has seen the e-mobility business become more and more successful. In the Technological Solutions segment, the high demand for private charging stations for electric vehicles (wallboxes) drove an increase in sales, which went from 22 million to around 50 million euros. Despite the high investments in growth, the operating margin improved considerably, going from 0 to 7.8%. With around 130,000 units sold, Heidelberg is already one of the market leaders in Germany.

Thanks to the significant growth in group sales and the great improvement in profitability, EBITDA has increased to 160 million euros (previous year: 95 million euros). In addition to operational improvements, non-recurring asset management effects (in particular proceeds from the sale of docufy – around €22m) and a UK property (around €26m), also have contributed positively to this figure. Write-downs associated with economic sanctions against Russia in the fourth quarter had the opposite effect. Once the non-recurring expenses and income of the previous year have been corrected, the operating improvement that serves as the basis for EBITDA exceeds 100 million euros. The EBITDA margin based on sales has reached a level of 7.3% (previous year: 5.0). Thanks also to the financial result, which improved by 11 million euros to -30 million euros, the net result after tax has increased from -43 million euros to 33 million.

Due primarily to the significant reduction in net working capital and proceeds from the sale of assets during the reporting period, free cash flow increased from €40 million in the previous year to €88 million. Thanks to the successful amortization of loans, indebtedness and a convertible bond, the net financial debt fell again considerably, going from 67 million euros to -11 million euros. Leverage decreased from 0.7 to –0.1. Heidelberg also made big gains with its equity ratio, which rose from 5.1% to 11.1% in twelve months.

“Our efforts to improve our cash flow and balance sheet quality are also paying off. Going forward, the focus will remain on achieving positive free cash flow and further strengthening our financial situation to make Heidelberg even more resilient,” adds the company’s CFO Marcus A. Wassenberg.

Despite high global uncertainty due to the conflict in Ukraine and pandemic-related closures in China, the prospects for Heidelberg to return to profitable growth in fiscal year 2022/23 are good. Assuming no further drop in demand or worsening of the supply chain situation, sales are expected to rise by around €2.3bn (FY2021/22: €2.183m). In addition to anticipated volume and margin improvements, the company is also looking to boost profitability through sustained structural cost reductions as a result of the ongoing transformation program. On the other hand, non-recurring income is expected to be much lower than the 48 million euros recorded in the previous year. Additional sharp increases in energy and raw material prices, higher personnel costs, and price increases associated with shortages and availability problems of certain products are also expected. Despite these negative factors, the company expects a further improvement in the EBITDA margin to a level of at least 8% (FY 2021/22: 7.3%). Net income after tax is also expected to increase slightly (previous FY: €33m).